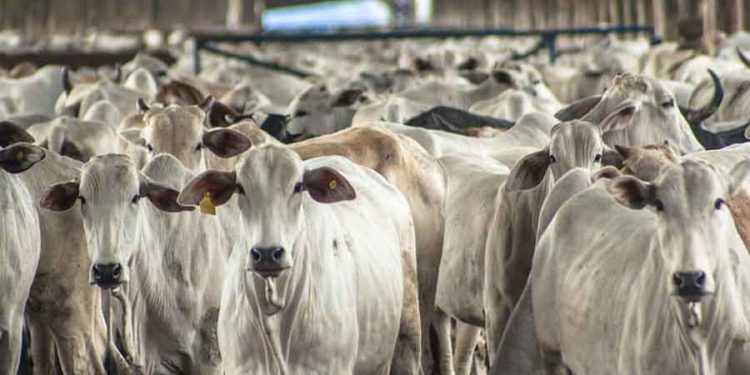 THE Legislative Assembly of Assam recently replaced the Assam Cattle Preservation Act, 1950 with a new Assam Cattle Preservation Act, 2021. This new legislation aims to regulate the slaughter, consumption and illegal transportation of cattle within the state. It also regulates inter-state cattle transportation by making certain documentation necessary for such transportation.
In relation to this new Act, the Assam Chief Minister Himanta Biswa Sarma tweeted that the Act will deal a heavy blow to illegal cattle trade and transit through Assam. The bill was introduced by Sarma in the assembly by stating that the 1950 Act lacked “sufficient legal provisions”, when it comes down to the slaughter, transportation, and consumption of cattle.
In the earlier act of 1950, any cattle could be slaughtered in Assam which passed certain criteria such as age being over 14 years, or being unfit for work after getting a “fit-for-slaughter certificate”. In the new Act, cow slaughter is allowed only where the calf or the cow is permanently incapacitated; moreover, they can be slaughtered only at a licensed butcher house. Another key provision of the new Act is that cattle slaughter and sale of beef will be banned in areas which are predominantly inhabited by communities which do not eat beef (that is, Hindus, Sikhs and Jains), and those places which fall within a radius of five kilometres of a temple.
There are new regulations in relation to the transport of cattle as mentioned in Section 7 of the Act. It states that transport of cattle from Assam state to another where cattle slaughter is prohibited, or from any state to another state through Assam, would only be allowed with a valid permit. Even inter-district transport of cattle in Assam would not be allowed without valid documents. However, if the transfer is being made in relation to agricultural or animal husbandry purposes, then no permission is required.
The scope of inspection has also been broadened in the new Act. In the 1950 Act, only the veterinary officer and certifying officer have the power to inspect any premise if they are of the view that any offence has been committed there under the act. In the amended Act, the power has been extended to police officers (who are not below the rank of sub-inspector) and any other person who is authorized by the union government to enter or inspect any premise where an offence may have been committed under the Act.

If anyone is found guilty of committing any offence under this new Act, they could be jailed for a term of minimum three years which could be extended up to eight years, and fined with an amount ranging between three and five lakh rupees. These limits could be doubled in cases of repeated offenders.

The law is of concern because the state government appears to have used the law to shed its image of a soft state, by giving more powers to the police to enter the house of an accused and inspect, search and seize properties acquired in the last six years with money earned from illegal cattle trade. Independent legislator Akhil Gogoi has termed the Act as “unconstitutional and communal” in nature.

The Act omitted a provision from the original legislation wherein the state government was authorised to exempt certain places of worship or occasions for slaughter of cattle other than calf, heifer and cow for religious purposes.

The Act has also invited criticism because it imposes the burden of proof of innocence on the accused.