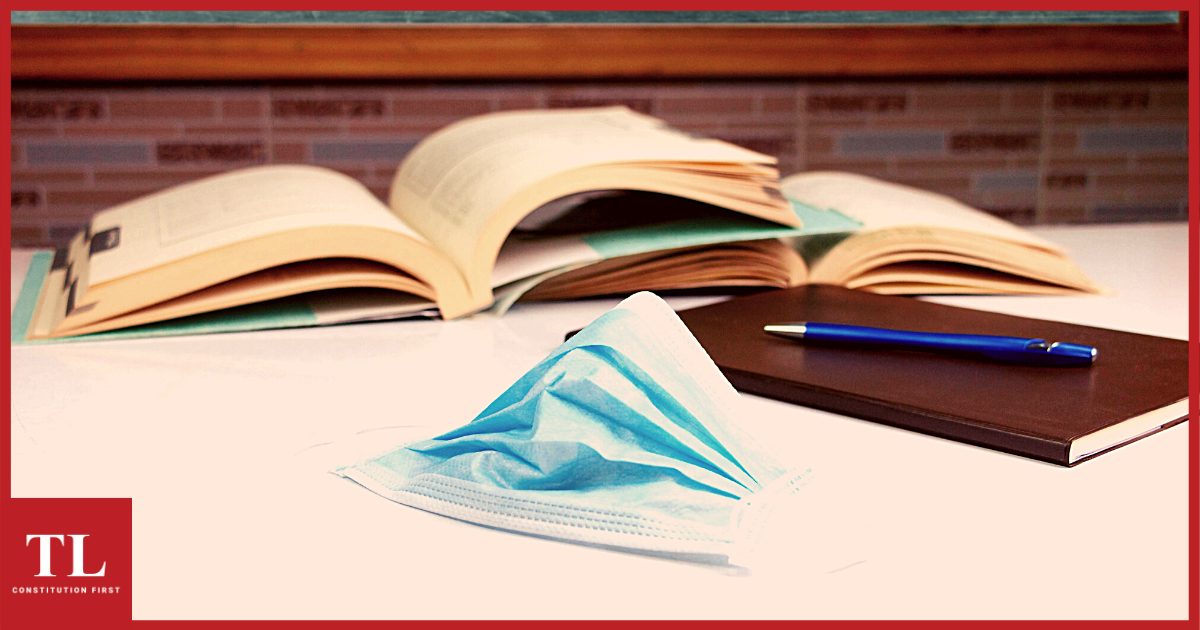 Education, a casualty in the pandemic violating rights of students

With the Covid-19 pandemic affecting all sectors of the country, education too has been hit. While it has gone largely digital, the government has not come up with any comprehensive reform in education governance to deal with the pandemic. Its inaction has violated the right to free and compulsory education guaranteed to children by the Constitution. The State must now urgently prevent further violation of this right, stresses VINEET BHALLA.

THE Covid-19 pandemic and the way the Indian State has dealt with it have adversely affected all of us in multifarious ways. It has stressed the  nation’s creaking healthcare system, cost millions their jobs, forced thousands to walk kilometres home and left many hungry and desolate.

These events amount to a violation of the rights of a large section of citizens. The right to livelihood, the right to effective and dignified healthcare, the right to food, the right to a life of dignity: all these are enshrined in the Constitution, and yet, were not given any consideration by the State in the framing its disappointing, if not disastrous, response action plan to the pandemic.

There is one large group which has been affected by the pandemic and slid under the radar over the past year. This is the millions of children in the country whose right to education has been violated. Consider the facts: The right to education up to a certain age is a fundamental right, according to the Constitution. Nearly every Indian household has children in this age-group. But a large proportion of them has not been able to attend school for over a year now.

It boggles the mind that the Indian State has not, in one full year, come up with any comprehensive or uniform reform in education governance to deal with the pandemic, apart from simply shutting schools. Let us understand the scope of the problem and the solutions that we must demand from the State.

The Fundamental Right to Education

Article 21A of the Constitution, inserted in 2010, provides for the fundamental right to education and states: “[t]he State shall provide free and compulsory education to all children of the age of six to fourteen years in such manner as the State may, by law, determine.”

Unlike most of the other provisions in the Constitution’s Part-III (which lists out all the fundamental rights), Article 21A places a positive obligation on the State to give effect to the right. The State has to actively provide education to all children in the prescribed age group in the country.

It absolutely boggles the mind that the Indian State has not, in one full year, come up with any comprehensive or uniform reform in education governance to deal with the pandemic, apart from simply shutting schools.

The Parliament enacted the Right of Children to Free and Compulsory Education Act, 2009 [RTE Act] to provide a governance framework for doing so. The RTE Act obligates the Indian State to provide free elementary education to every child from six to 14 years, and ensure compulsory admission, attendance and completion of elementary education.

The RTE Act directs the State to fulfill this obligation primarily through establishing and running schools within the vicinity of all eligible children and prescribing minimum standards and norms for unaided private schools.

Also Read: India’s Right to Education is failing in reality

With the addition of Article 21A and the promulgation of the RTE Act, India finally fulfilled its long-overdue mandate, under Article 45 of the Constitution. The Article provides, within ten years of the commencement of the Constitution, free and compulsory education to all children under the age of 14. In the decade since, India has made significant gains in the enrolment ratio for primary and early secondary school students, achieving nearly universal enrolment (although, to be sure, attendance, drop out and learning outcomes rates continued to be poor).

Impact of the Pandemic

Since March 2020, all schools across the country ceased regular functioning as the government periodically issued orders that schools should either stay shut or hold partial classes for different age groups, with seemingly no consultation with parents or teacher groups. Contrast this with election campaigning and how lakhs have converged at such rallies over the last several months.

Schools were pushed, with little notice, to transition to the online mode of video classes, virtual classrooms and WhatsApp group chat notice boards. School leaders, teachers, students and caretakers have been left to fend for themselves with little support or guidance by the State.

A recent survey showed that 84% of all teachers in the country faced challenges in delivering digital education; most reported having difficulties such as lack of IT support, continuous technological changes, unequal access for all students, un-optimised software for mobile devices and security issues.

India is a nation where only 23.8% households have internet access (with the percentage being in single figures for rural households in states such as Odisha, Karnataka and West Bengal) and only 10.7% have a computer, according to the 2017-18 National Sample Survey on Household Social Consumption on Education in India. Plus, only 300 million smartphones were distributed in the 1.3 billion-strong population, as per the Broadcast India Survey 2018. And 13% of all households still were not connected to the electricity grid, as per the NITI Ayog report ‘‘Electricity Access in India Benchmarking Distribution Utilities October 2020”.

Under these conditions, launching an assortment of online learning resources after the closure of schools shows a disconnect with ground realities.

The Union Cabinet announced a National Education Policy 2020 in July last year, outlining the vision for India’s new education system. Disappointingly, this ambitious policy, unrolled in the wake of pandemic-induced school closures, had nothing to say about how the State would facilitate online education for children.

Driving the narrative around online learning with little material support by the State has further exacerbated “learning poverty”, and deepened the digital education divide between socio-economic classes: a small section of well-off children enrolled in expensive private schools, with access to regular internet, gadgets, technology and other support systems will continue with their schooling, while the large majority without access to these luxuries will be cut out. In other words, the fundamental right to education has become contingent on one’s economic class.

Little wonder, then, that the enrolment gains India made over the last decade have been squandered in the past year. It is estimated that the number of out-of-school children will double due to the school closures.

While schools were partially opened in different parts of the country in the beginning of this year, the latest Covid wave has already led to several states shutting schools again, with many more sure to follow. Once again, no attention will be paid either in political or media circles to the plight of the children whose education and future prospects will be severely impacted.

No one knows how long schools will remain shut or when they will  function like they used to. As this is not a priority issue for politicians, no one in the Union education ministry has bothered to announce a potential deadline for the same.

A small section of well-off children enrolled in expensive private schools, with access to regular internet, gadgets, technology and other support systems, will continue with their schooling, while a large majority without access to these luxuries will be cut out. In short, the fundamental right to education has become contingent on one’s economic class.

What we know is that even when we, as a nation and a society, get over this pandemic, it will not be the only global pandemic of our lifetime, and the next one may be much worse.

What that means is that digital learning and online schooling are going to be the new normal for children’s education. Has the Indian State or any political party shown any inkling to reform and prepare the education system for this changed reality? The answer, unfortunately, is no.

It is imperative for the government to do two things. Firstly, amend the RTE Act in its next parliamentary session to include online learning and obligate the State to provide students with online learning resources in order to fulfil its mandate of “free and compulsory education”. This will be in line with the 2019 ruling of the Kerala High Court in its Faheema Shirin R. K. vs State Of Kerala judgment recognising the right to have access to the internet as a part of the right to education.

Also Read: Access to internet is a part of Right to Education, a fundamental right: Kerala High Court

Secondly, it must direct state governments to modify their school closure policy. Instead of issuing blanket orders closing or partially opening all the schools in an entire state, state education departments must hold consultations with all relevant stakeholders, including parents, student representatives, school leaders, teachers, panchayat, municipal representatives, non-profits and health officials. Such consultations must be made as localised as possible and distinct policy decisions must be taken for different blocks or taluks, instead of the entire state.

Digital learning and online schooling are going to be the new normal for children’s education now. Has the Indian State, or even any political party, shown any inkling to reform and prepare the education system for this changed reality? The answer, from everything in the public domain, is unfortunately, no.

After all, there is wide variation in the prevalence of the virus across the country, with several blocks and sub-divisions being Covid-free today. Why must schools continue to remain shut or only partially open in such areas?

The Indian State cannot and must not continue to shirk away from its legal and constitutional obligation to provide free and compulsory education to all its children.

(Vineet Bhalla is a Delhi-based lawyer. The views expressed are personal.)