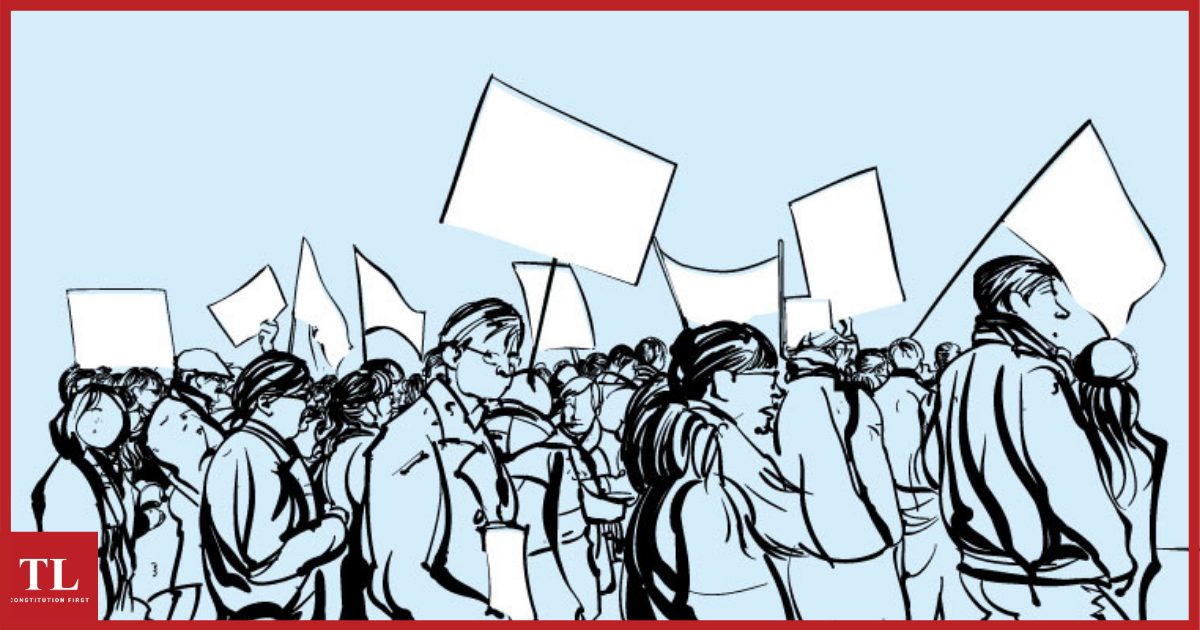 Analysing the draft rules under the Industrial Relations Code, 2020 pertaining to the subjects of negotiation by and recognition of trade unions recently notified by the Union Labour Ministry Trade, DR. KINGSHUK SARKAR writes that this continues the trend of weakening of union growth and bargaining power by the Indian State.

ON May 4, 2021, the Union Ministry of Labour and Employment notified the draft Industrial Relations (Central) Recognition of Negotiating Union or Negotiating Council and Adjudication of Disputes of Trade Unions Rules, 2021 under the Industrial Relations Code, 2020 (IRC), and sought public feedback on the same within the next 30 days. The IRC was passed by both houses of Parliament last September. Presently, the Ministry is in the process of finalizing the Rules.

There are a few problematic issues that are involved in the framing of these rules. These are discussed below:

The process for the constitution of the negotiating union or the negotiating council shall commence three months before the expiry of the tenure of the existing recognition period of the registered trade unions, as per the draft rules. Also, trade unions will have to meet conditions such as providing a copy of their registration certificate, a copy of a list of its members, details of its membership subscription, and a copy of the latest annual return submitted to the Registrar of Trade Unions.

The most contentious issue here is that if there is one trade union that has got 30 percent membership, it is to be recognized as the sole negotiating union. This violates the provisions of the IRC. Under Section 14(3) of the IRC, in case of multiple trade unions, if a trade union has 51 percent membership, it qualifies as the sole negotiating union. Thus, bringing down the eligibility criteria from 51 to 30 percent is somewhat self-contradictory.

Actually, if there is only one trade union, setting criteria for a sole negotiating union itself is infructuous. Single trade unions, by default, become the sole bargaining union. Even if a criterion is to be set, it should be in conformity with the eligibility condition set in the IRC itself, that is, 51 percent of the membership.

Technically speaking, the minimum eligibility condition for registration is 10 percent or 100 members, whichever is minimum. This implies that a registered trade union can exist with 10 percent membership. However, even if it is a single union, it will not be the sole negotiating union. As the draft rules propose, in order to be deemed a sole negotiating union, the union needs at least 30 percent membership. In case of multiple unions’ scenario, this criterion upgrades to 51 percent.

Section 5 of the draft rules sets the manner of verification of membership of trade unions in an industrial establishment under sub-section (3) and (4) of section 14 of the IRC.

The term ‘independent’ is therefore a misnomer here, since the verification officer, for all practical purposes, would be an employer’s representative only. In that case, the entire process of verification becomes partial as the employer’s bias will apply.

Similarly, for the appointment of an enquiry officer in case of the constitution of a domestic enquiry, the verification officer will suffer from a conflict of interests as she is appointed by the employer. The employer is an integral party to collective bargaining and ideally should not have any role in the determination of representation from trade unions.

So far the practice that is presently followed in many states regarding verification of trade union membership is to have voting by workers through secret ballot (see, for instance, Odisha and Andhra Pradesh). Such elections are supervised by the officials of the state government’s labour department. A person of the rank of Deputy/Assistant Labour Commission acts as a returning officer.

West Bengal has successfully conducted many such elections to verify the membership of trade unions in numerous establishments over the last twenty years. There, an officer of the rank of deputy labour commissioner acts as the returning officer.

Section 3 of the draft rules lists the matters pertaining to workers which the negotiating union or negotiating council shall negotiate with the employer of the industrial establishment under section 14(1) of the IRC. Such matters include classification of grades and categories of workers, an order passed by an employer under the standing orders applicable in the industrial establishment, and wages of the workers, including their wage period, dearness allowance, bonus, increment, customary concession or privileges, compensatory and other allowances. Besides, the trade unions can negotiate with employers on hours of work of the workers, their rest days, number of working days in a week, rest intervals, working of shifts, leave with wages and holidays, promotion and transfer policy, and disciplinary procedures.

In the history of labour legislation in India, this may be the first time that an attempt has been made to set out the limits of collective bargaining between employers and trade unions. The proposed rule mentions many subjects on which negotiation may happen, but there can be matters beyond this list too. There is no apparent logic of limiting the scope for collective bargaining.

Industrial relations are dynamic, and undergo transformation with changes in the world of work. Accordingly, the subjects of negotiation also change over time. Existing legislation keeps open the scope of matters to be taken up on the negotiating table. The draft rules curb such freedom and seem to narrow down the scope for collective bargaining.

The IRC limits the growth and activities of trade unions, to a certain extent. The rules that are now being proposed pertaining to the subject of negotiations, criteria for recognition of trade union and appointment of verification officer, put further restrictions on collective bargaining.

The criteria for recognition of a sole negotiating union seem arbitrary and in conflict with the provision of the Code itself. The appointment of a verification officer as suggested in the draft rules compromises the objectivity and neutrality of the process itself. Overall, the scope for collective bargaining is getting truncated.

(Dr. Kingshuk Sarkar is an independent researcher and a labour administrator with the Government of West Bengal. He was a former faculty member of the V.V. Giri National Labour Institute, Noida and the National Institute of Rural Development and Panchayati Raj, Hyderabad. The views expressed are personal.)