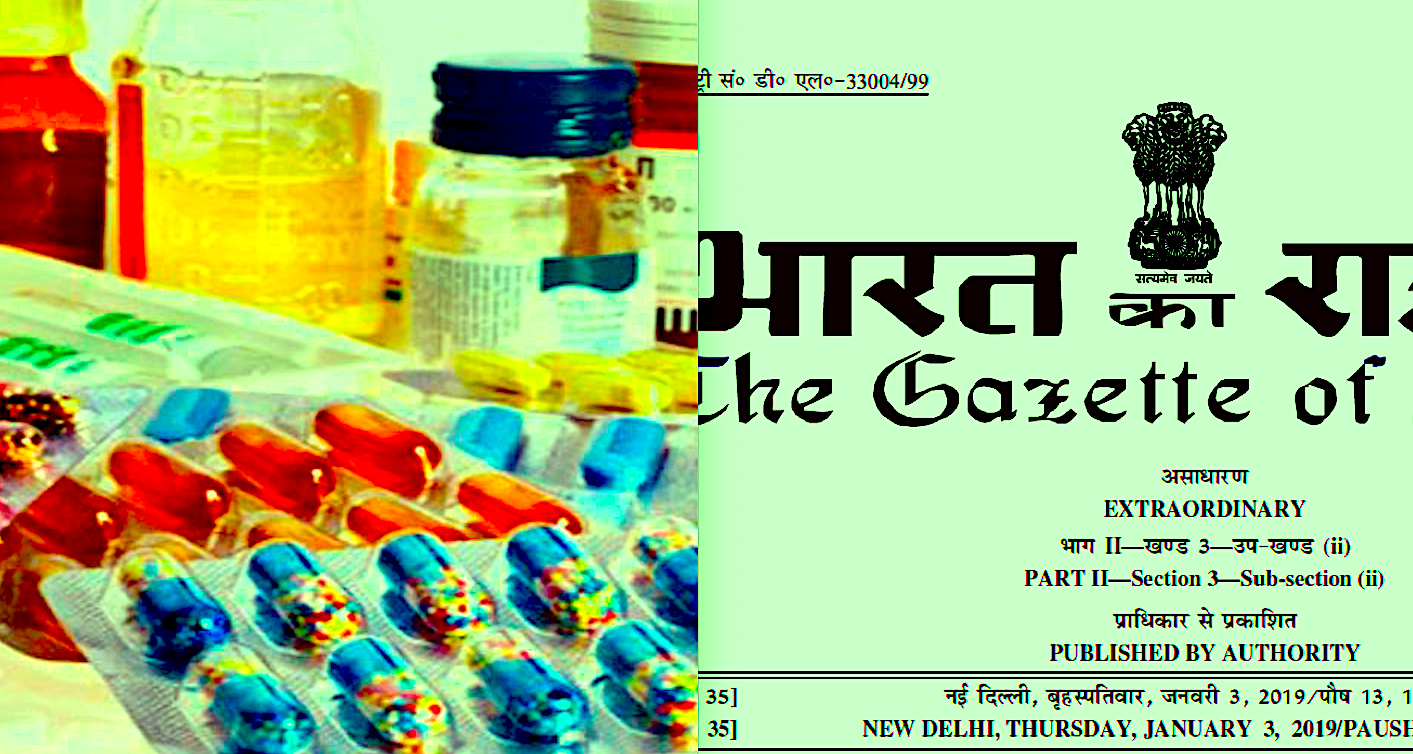 [dropcap]L[/dropcap]awyers Collective is an organisation that has been, through the years, leading interventions for structural reforms in a range of areas including health and HIV, labour rights, women‘s equality and civil liberties in India. Similarly, Medecins Sans Frontieres—Access Campaign pushes for access to and the development of life-saving and life prolonging medicines, diagnostics & vaccines for patients in MSF programmes and beyond.

The Lawyers Collective and Medecins Sans Frontieres—Access Campaign  welcome the Department of Industrial Policy and Promotion’s (DIPP) initiative to seek views and comments on its “Draft Rules” (see below) to further amend the Patent Rules, 2003. We would like to submit our comments jointly on the Draft Rules (see below), particularly on Rules pertaining to patent prosecution highway and constitution of a two-member bench to dispose applications filed under section 25(1) of the Patents Act, 1970 (the Act).

We are treatment activists, lawyers, researchers, and treatment providers working on issues of patent law and policy that have a potential impact on availability of affordable generic medicines to people in India and in the developing world. We have been working together to make essential life-saving medicines affordable to people who need them the most by striving to protect generic competition. We support healthy competition by challenging unmerited patents and policies that undermine TRIPS flexibilities. We constantly advocate for changing and improving laws and policies that will strengthen the implementation of TRIPS flexibilities in India, which have in the past helped India to preserve the production of affordable quality generic medicines for patients in India and the developing world.

Intellectual Property (IP) related policies can have positive or negative impact on access to medicines, public health and the right to health of people—depending on how rules under the Patents Act are framed by DIPP and implemented. Several countries, more often the developing ones, change policies because of continued pressure, biased technical assistance from developed countries, and free trade agreements with TRIPS Plus IP standards. We have collectively spent enormous time understanding these issues and our comments are consistent with safeguarding generic competition, the right to health and genuine innovation.

The Patent Rules, 2003 details the procedure to be followed while implementing the provisions of the Patents Act, 1970. It also guides the Indian Patent Office (IPO) while considering an application made under the Act. The Patent Rules have been amended seven times, which brought in the rules of procedure relating to expedited examination of applications and opposition to the grant of patents. The present Draft Rules seek to (a) expand the list of applicants who can apply for an expedited examination of application, and (b) amend the rules of procedure of pre-grant opposition.

Some provisions in the amendments are clearly an attempt to legitimise the recent hasty policy decision of DIPP to agree to increased harmonization and work sharing with the Japan Patent Office (JPO) including training of Indian examiners by JPO, an Action Plan on IPR and a joint Japan-India Patent Prosecution Highway (PPH) programme. [Read the Joint Statement of the First Review Meeting between Ministries of the Memorandum of Cooperation on Industrial Property, September 2017.] The India-Japan PPH agreed unilaterally by DIPP provides a leeway to pursue substantive harmonisation without discussion with lawmakers and stakeholders. During the 1st First JPO-DIPP Review Meeting the JPO encouraged India to discuss implementing the Patent Prosecution Highway (PPH) program and expanding the grounds for requesting expedited examination.

The draft rules do not explicitly mention the India Japan PPH programme; however, it tries to provide a legal framework under the proposed amended rules for the programme and suggests a future pathway for expansion of the Japan India PPH program to all areas of technology and innovation including pharmaceuticals. Administrative collaborations like PPH — agreements that fast-track patent applications in one country, based on the grant of patent in the other country, shall squeeze the TRIPS flexibilities available to countries to tailor substantive patent laws according to local needs.

There is currently no international agreement in force that obligates India to harmonise patentability criteria, examination standards, procedures, and decisions. The attempt to achieve this harmonisation has not been taken forward under World Intellectual Property Organization (WIPO) auspices while the Patent Law Treaty aiming for substantive harmonisation has been heavily resisted by developing countries as unsuited for purpose.

Developed countries are effectively using joint PPH program to adjust the patent system and examination standards in developing countries like India, which remains a concern for the rest of the world.  Further, in absence lack of public participation in finalising the terms of PPH, it becomes imperative that the Patent Rules address the issue strictly. For instance, if the PPH includes agreement to utilise search and examination results from the participating country, it has a potential to seriously affect the examination process in a country like India that has stricter patent eligibility standards. In fact, a study suggests that U.S. patent examiners primarily rely on earlier published U.S. patents to determine prior-art. [See Christopher A. Cotropia, Mark A. Lemley, Bhaven Sampat, Do applicant patent citations matter?, Research Policy 42 (2013) 844–854.] Therefore, simply relying on search reports of other patent offices under the PPH may seriously overlook the patentability standards under the Patents Act, 1970.

Developed countries like Japan, United States, and European Union backed by multinational pharmaceutical corporations are pushing their IP enforcement agenda on countries like India to enter into joint PPH program. India’s formal agreement to a PPH with Japan will lead to an implied agreement for fast track examination from pharmaceutical corporations from other countries including the United States which is aggressively pursuing an IP enforcement agenda without consideration on the negative impact on generic competition and access to medicines. It should be borne in mind that within its existing framework, the India-Japan PPH program fails to take into consideration, particularly the role India plays as a key producer of generic medicines, as well as the greater need of least developed members to increase access to affordable medicines.

The Draft Patent Rules increase reliance on foreign patent offices’ such as Japan and fail to address the real factors that affect “quality of patents” (that is the problem of low standards of patentability criteria applied) and would only facilitate the granting of more patents (most of which originate from developed countries). For example, a study conducted on pharmaceutical patent applications suggests that the IPO is operating at an error rate as high as 72%, which corresponds to all secondary patents granted by the IPO. In short, seven out of 10 patents granted by the IPO are likely granted in error.

India’s specific practices and public health safeguards in patent law and rules should not be diluted in view of the different development and health needs of the country.

The Rules mentioned below refer to the Draft Patent (Amendment) Rules, 2018. Our comments pertain specifically to Rules 3(f) and 5(i).

A request for expedited examination of application reduces the time taken to examine the application and issue a first examination report. The 2016 amendments to the Rules allowed for two categories of persons who can request for an expedited examination of application — Start-ups, and applicants who have opted India as an International Search Authority International Preliminary Examining Authority in a corresponding PCT application. However, the proposed draft amendment rules seek to further expand the list of to the following categories:

We appreciate DIPP’s efforts to reduce the backlog of pending applications by expanding the list of applicants who can file for an expedited examination of application. However, the proposed amendment to the Patent Rules seems problematic as it looks like an enabling step towards the global harmonization of substantive patent examination. We have detailed out our comments in the background and corresponding paragraphs.

Rule 3(f) allows applicant eligible under an arrangement for processing an international application pursuant to an agreement between IPO with another participating patent office to file for an expedited examination of application.

It is submitted that the provision for expedited examination is beyond the scope of the Patents Act, 1970. Further, such provision gives preferential treatment to some applicants over others.

As mentioned above administrative collaborations like PPH will hinder countries ability to draft patent laws according to their local requirements. In essence, it envisages a quicker out of turn examination of patent applications, which can only be made possible by sharing search and examination results, having combined examiner training etc.

In the context of medicines, trainings to patent examiners supported by developed countries such as Japan rarely emphasise on a stricter patentability criteria. Although the proposed provision further explains that the patentability of the applications filed on the basis of such an agreement will be in accordance with the Act, we are of the opinion that the assurance is not enough.

Further, Rule 3(f) is vague and does not clarify on who is eligible for such fast track examination under the agreement between the IPO and the participating office. The following specific concerns are raised and needs to be addressed by the draft rules:

Given the lack of clarity of Rule 3(f), a fast-track approach will also be detrimental to the examination process and extra layer of scrutiny provided through pre-grant oppositions. India being a developing country and a key producer of generic medicines, PPH fails to ensure its needs for access to affordable medicines.

Recommendation: We recommend that this provision be removed from the draft rules in its entirety and the policy decisions taken by DIPP on the implementation of PPH, particularly the India Japan PPH be reviewed more extensively.

With the increase in filing of patent applications, there has also been a constant increase in the filing of oppositions over the years. The rate of disposal of pre-grant oppositions has been dismal. The proposed amendment to the Rules is a welcome step in that regard as it delegates the power of disposing a pre-grant opposition to a ‘bench’ constituted by the Controller. However, we believe, the draft rules lacks clarity on certain aspects, which we have explained in detail in the corresponding paragraphs.

Rule 5(i) allows the Controller to constitute a bench comprising two members, who shall proceed to dispose of application and representation jointly. It also provides for the controller to nominate a third member to the bench in case there is any difference in opinion on any issue.

We welcome the DIPP’s proposal to separate the procedure for pre-grant oppositions under Section 25(1) from the decision of the Controller who disposes the application in its normal course under Section 15. However, the rationale for constituting a Bench for disposing of pre-grant opposition is not clear. The constitution of the bench will further burden the already overburdened officials, who will now have to allocate further time to jointly take action, thereby increasing the delay in disposal. It is important that the IPO increase its man-power before implementing the proposed provision. Subsequently, the provision also requires clarity on certain key aspects.

The proposed Rule 25(2A) states that the bench will comprise of two ‘members’. However, the Rule fails to specify who these members shall be. While Rule 56 of the Patents Rules, 2003, allows examiners to be part of the Opposition Board for a post-grant opposition, it is not clear whether the same would also be contemplated under the suggested Rule 25(2A). Since, the bench constituted will be required to ‘dispose’ of the pre-grant opposition, it is important that one of the members is a Controller. [Controller shall also include Deputy Controller, who currently gives an order under Sections 15 and 25(1).] Under the Patents Act, it is only the Controller, who can pass an order and dispose the applications, as per Section 15. Secondly, the proposed provision provides for appointing a third member only in cases where there is a difference of opinion on any issue. Such a condition shall lead to inordinate delay in deciding the matter. Thirdly, the provision does not mention the place of constitution of the bench.

It is requested that we may be allowed to participate in any public discussions or consultations that are conducted with reference to these Draft Rules.