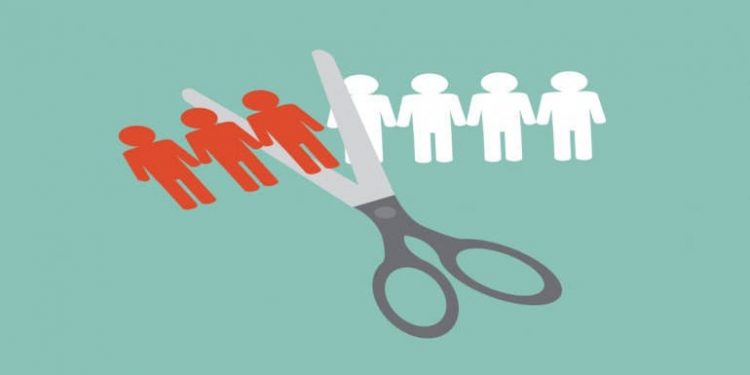 Domicile reservation in the private sector is constitutionally protected

Objections to domicile reservation laws in the private sector on the constitutional grounds of equality and freedom to carry trade or business are misplaced. A nuanced and deep reading of the relevant constitutional provisions shows that they are in consonance with such reservations, write RAVI SINGH CHHIKARA and KESHAV BANSAL.

“ONE law for the lion and the ox is oppression”

THE concept of equality under the Constitution is a dynamic concept. Therefore, it is necessary to take into account de facto inequalities that exist in the society, and to take affirmative action by way of giving preference to the socially and economically disadvantaged persons to bring about real equality. A conundrum, therefore, arose in the corridors of the Courts when the Punjab and Haryana High Court stayed the operation of the Haryana State Employment of Local Candidates Act, 2020 which mandates 75 per cent reservation in the private sector for people domiciled in the state of Haryana. However, this is not the first time a state is providing domicile-based reservation to its residents. Some other states have also enacted such laws to provide reservation for their local citizens in the private sector. These include Maharashtra (up to 80 per quota), Karnataka (75 per cent), Andhra Pradesh (75 per cent) and Madhya Pradesh (70 per cent). Telangana had also allowed tax concessions to industries that reserved jobs for locals in the state. Similarly, in Madhya Pradesh, the government declared that it would reserve all government jobs in the state for students of the state who have cleared Class 10 and 12 examinations from a school in the state.

However, these laws, as also pleaded in the recent petition, pose various challenges to fundamental rights such as protection against inequality guaranteed by Articles 14, 15 and 16, and the right to carry any trade or business under Article 19 of the Constitution. But we have to first ask whether these provisions actually provide any bar against domicile-based reservation in the private sector? It doesn’t seem so if we interpret the Constitutional provisions carefully.

The Supreme Court decided that domicile-based reservation does not violate Article 15 because there is a difference between ‘place of birth’ and ‘place of residence’. It was concluded that Article 15(1) and (2) cannot be invoked for invalidating such residence requirement because these clauses prohibit discrimination on the ground of place of birth, and not on the ground of residence.

Also read: What is the constitutionality of domicile reservations announced by MP government?

The third and most important challenge to domicile-based reservation is against the protection guaranteed by Article 14 which guarantees the right to equality. However, it allows classifying the people into two groups if such classification is reasonable and is made to achieve specific ends. The only condition is that the classification must not be “arbitrary, artificial or evasive”. It must always rest upon some real and substantial distinction bearing a just and reasonable relation to the object sought to be achieved by the legislation.

It has been held several times that the State must resort to compensatory action for the purpose of making people who are factually unequal in their wealth, education or social environment, equal in specified areas. Thus, the scheme of hiring people may depart from the principle of selection based on merit, where it is necessary to do so for the purpose of bringing about real equality of opportunity between those who are unequals. The object of the classification in the domicile-based reservation is to help to some extent residents of their state in getting employment, and it cannot be disputed that it is quite a legitimate and laudable objective for a state to encourage employment within its borders. No doubt, a good rate of employment ensures good public health, less crimes and less poverty in the state, and overall development of the family. Pertinently, the matter “Relief of the disabled and unemployable” comes within the State list in the Seventh Schedule of the Constitution. Additionally, Article 41 of the Constitution provides that the State should make effective provisions for securing the right to work and provide assistance in case of unemployment.

It is common knowledge that states provide several incentives, including tax benefits, infrastructure facilities, and so on to attract businesses. If the state spends so much of its money into this, it is quite reasonable to direct such businesses that some of the advantage should flow to its own residents. These provisions are surely made in view of the presumption that these local residents would remain settled here and help reduce inequalities and poverty from that particular state. Thus, the classification is based on a ground that has a reasonable relation to the subject-matter of the legislation. It was implicitly observed by the Supreme Court in State of Punjab vs. Ajaib Singh (1953) that a classification might validly be made on a geographical basis and such a classification would be reasonable if the matter is the concern primarily of the state. Here, public health, crime and relief to unemployed come within the State list, and are the concern of the state.

Also read: What are the Flaws in the Justifications of Domicile Reservation?

Similarly, Article 19 does not provide absolute freedom to private companies against the State’s regulations upon their business activities. Article 19(1)(g) guarantees citizens the freedom to practice any profession, or to carry on any occupation, trade or business. However, by virtue of Article 19(6), the State can put “reasonable restrictions” on the business activities of companies in “the interests of the general public”. In Bannari Amman Sugars Ltd. vs. Commercial Tax Officer (2005), it was held that the restriction cannot be said to be unreasonable merely because, in a given situation, it operates harshly. Reasonableness of restriction is to be determined in an objective manner and from the standpoint of interests of the general public, not from the standpoint of interests of persons upon whom the restrictions have been imposed or upon abstract consideration.

It is common knowledge that states provide several incentives, including tax benefits, infrastructure facilities, and so on to attract businesses. If the state spends so much of its money into this, it is quite reasonable to direct such businesses that some of the advantage should flow to its own residents.

Further, according to the Supreme Court’s observations in MRF Ltd. vs. Inspector Kerala Govt (1998), in examining the reasonableness, one has to consider the Directive Principles of State Policy, prevailing social values and social needs, and object sought to be achieved by it. It was held that if there is a direct nexus between the restrictions, and the object of the Act, then a strong presumption in favour of the constitutionality of the Act will naturally arise. However, as we noted in the previous section, the restrictions, if viewed from the eyes of the unemployed and the state providing reservation, are in the interests of the general public as it would help the state reduce crimes, ensure good public health and provide assistance to unemployed people. Thus, Article 19 too does not bar the domicile-based reservation in private sector.

Unity in diversity is the essential peculiarity of Indian culture and constitutes the basic philosophy of Indian nationality. It is also a fundamental tenet of our Constitution which seeks to promote unity while maintaining at the same time the distinctiveness of the various classes and kinds of people belonging to different states forming the Indian Nation. However, each and every kind of discrimination is not in violation of the constitutional concept of equality, and does not necessarily undermine the unity of India. Domicile-based reservation promotes equality if we view it from the perspective of unemployed people and the concerned state as it has the potential to reduce crimes, ensure good public health, remove poverty and maintain equality in the society. The only challenge which domicile-based reservation can face is the extent of the reservation, which depends upon the need and current state of the residents of that particular State.

(Ravi Singh Chhikara is a practising advocate at the Delhi High Court. Keshav Bansal is a second-year undergraduate law student at the Gujarat National Law University, Gandhinagar. The views expressed are personal.)