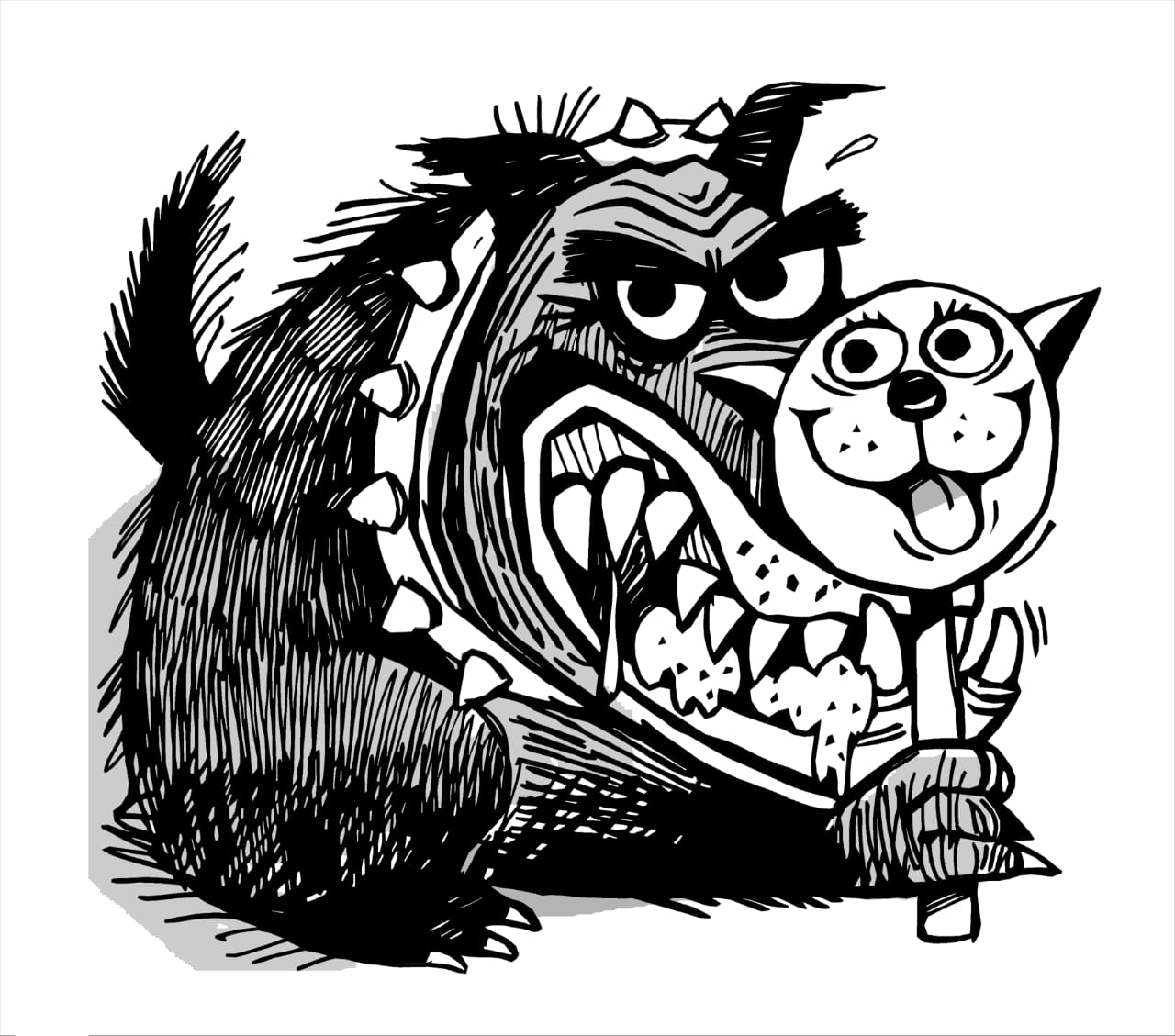 Feeders of stray dogs and opponents who find dogs and puppies a nuisance have always been at loggerheads but the alleged intervention of Menaka Gandhi in such a dispute has inspired Raju Z. Moray to pen this poem.

Those for or against dogs

To be argued and decided

Have compassion at heart

Ensconced only for animals

(For humans it’s yet to start)

Such compassion is selective

It has its unique features

Not all the living creatures

Left out of the ruling Cabinet

An MP still growls for rights

Even outside the Parliament

On many social media blogs

Now that so many are jobless

And our Economy gone to dogs.