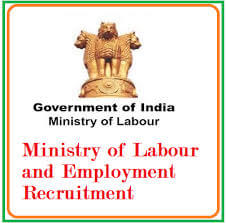 The recently release Draft Labour Code on Social Security and Welfare undertakes the ambitious task of extending social security to the informal sector. While this aspect is welcome, the Code in its current form raises concerns about multiple issues, including the minimal role of states in contributing to labour welfare.

The 179 page Code, which replaces 15 labour welfare legislations, envisages a centre driven social security net. The Code vests power almost exclusively in the Centre- subordinate legislation or power to make rules for the implementation of the code, are vested in the Central Government and its appointed bodies i.e. the National Council with 20 members, 5 being State Labour Ministers and the Central Board with 32 members, including 5 state representatives and 1 UT representative.

The Code divided into 22 chapters, devotes the last one to subordinate legislation. Simply put, it empowers other entities to make rules on identified subjects. Here, the Code gives rule making power to the state on only one subject whereas the other 126 issues will have rules made by the Centre appointed bodies. The problem with such an approach is that

a. The subject matter of the Code, Social security and welfare of labour, is in the Constitution’s Concurrent List empowering both Centre and State to make laws and rules on these topics and;

b. This approach dismantles the way labour welfare regime has developed in India.

States have always played independent and supplementary role- by making state level labour laws and supplementing with state specific amendments and rules. Similarly, States run schemes catering to their specificities, e.g. Uttar Pradesh provided tools for registered construction workers- a specific work force of considerable strength in UP. However, within the Code, the freedom of making State specific schemes, appears uncertain. The overall limitation of the Code is its ambiguity that bars a holistic understanding and analysis.

Ambiguity in the Code’s provisions

The Code commits a grave error in statute writing- it is largely vague. Most crucial clauses are incomplete, being subject to rule making where the Centre has near monopoly.

For instance, the Code includes organised and un-organised sectors and yet fails to lay down a clear definition of both. Organised sector reads as “establishments where the number of such workers employed is equal to or more than the threshold”. The unorganised sector definition also refers to the “threshold”. Threshold is to be defined by the Central Government. Most likely it will be issued as part of the Central Rules for the Code. Terms like “stipulation”, “bye laws”, “regulation”, “threshold” and “prescription” are peppered throughout integral sections-  these will be framed by the Central Government  or its appointed bodies, i.e. the National Council and Central Board and follow later. Here lies the problem.

“While rule making is normal practise, and rules follow the statute, the scope of rule- making is definite, limited and only to give a framework to a specific right or obligation.”

For instance, the Factories Act, 1948 provides for clean toilets and the details of number of toilets based on strength of the workforce, may find mention in rules.  Similarly, the Minimum Wages Act, 1948 provides for wages slips that may be issued and the details of its contents are in the Central Rules. Thus, there is a clear right, responsibility or obligation within the statute and the details are in the Rules. Contrary to such a scheme, the Code commits two-fold error- one, it fails to create a clear right or obligation and secondly, it has incomplete consideration of the issues at hand with crucial aspects that will follow later.

The Code requires every establishment with fifty or more employees to have crèche “within such distance as may be prescribed” i.e. the National Council will defines it at some point. The establishment “may hire services of a professional crèche” and the crèche shall have facilities specified by the Central Board in its by-laws, which will follow later. Let’s compare it with existing provisions: the Factories Act, 1948 requires crèches to be “in every factory” indicating location within same premises and clear requirement for a suitable room with adequate accommodation, lighting, ventilation, to be kept clean and sanitary and in charge of women trained in child and infant care. States are given rule making power on a range of issues including facilities for mothers to feed children at necessary intervals.  The Code undoes all these specific rights and rules must be awaited to adjudge the entitlement of women workers.

Another suitable illustration is that the Code says States may make “supplementary” schemes after consultation with the National Councils for workers “not covered or not adequately covered” by Centre’s schemes.  These terms are unclear in legal interpretation- the import of “not adequately covered” could await judicial interpretation, with implementation of welfare schemes suspended. Can Centre object and hinder States running “similar schemes”? There is no clarity on who will prevail in case of disagreement between the State Government and the National Council. Even the need for such consultation is unnecessary as per the Constitutional framework.

“With such drafting, one does not really find a right for the worker or obligation for the employer or State. Hence, the most significant parts remain half defined and semi-expressed, for the moment one reaches an important provision, it awaits a bye law for details. There is little left to analyse then. It is potential elimination of democratic exercise of law making wherein the the right is to be determined later and nearly concealed from the scope of debate.”

When bared, it is the usurping of legislative function by the executive function. Rule making is an executive exercise with much lesser scrutiny and intervention. The Code is hence weak in its current form, and impedes threadbare analysis. Large chunks of the Code are effectively blank and the public cannot scrutinise it- any criticism is likely to be labelled premature. However, the blame lies with an incomplete statute writing exercise.

Since this is the first draft of the Code, one knows there will be change that will hopefully put the concerns raised to rest. The alternative is grim: continuous Centre State sparring, unnecessary litigation with likely court mandated stay on scheme implementation. Workers who would have contributed to the schemes would be imperilled as litigation drags on, defeating the purpose of the Code. The additional drain on taxpayer’s funds to litigate on social security will be cruel irony.

Monalisa is a lawyer working on the intersection of gender and labour rights.