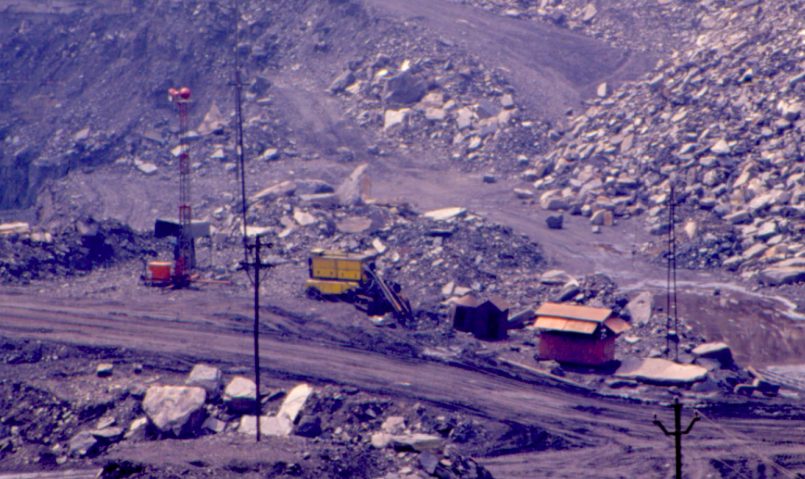 Dilution of Mining Norms: Linear Projects to be Considered Standalone

As India continues to make its big push towards coal energy, conducting  its second round of auctions, a series of environmental norms continue to stand diluted. In its latest letter, the Ministry of Environment, Forests and Climate Change has made a push to de link projects associated with the mines–providing them with a status of standalone projects.

The letter in its essence means that any infrastructure–for roads,railways or transportation belts can be considered as a standalone project.

The letter states “To the extent possible, linear infrastructure such as roads/railways/conveyor belts, etc. ancillary to mining should be included in the main proposal and under inevitable circumstance only, such proposals submitted by the user agency should be considered as standalone projects,” the letter, dated August 23, stated.

It adds, “Based on the recommendation of the FAC and approval of the  same by the competent authority, the ministry hereby conveys that supplementary linear project linked to mining that are conceived after  the start of the original mining, should be considered as a standalone linear project and decisions on according approval for those shall be made at the REC/IRO (regional empowered committee/integrated regional office of MoEFCC) concerned as per provisions provided in the  Forest Conservation) Rules, 2003,”

The letter comes at a time, when the central government has initiated a  slew of environmental reforms paving way for the entry of private players in the mining sector by easing out norms and permissions. Speaking to NewsClick, explaining the further dilution of the norms,

Environment lawyer Rahul Chaudhary explained, “For linear projects the norms have been diluted already, once the stage-1 clearance for the project is given the firms can continue with the project, another important aspect here is the fact that linear projects are not under the purview of environmental clearances, for example for railways, transmission lines etc, there was no need for impact assessment. Even for roads–as one can see in the case of the Chardham project, environment norms stand diluted, what this means is a further dilution of norms.”

India has been approving a slew of big ticket changes in the mining sector, including amendments to the Mines and Mineral (Development and Regulation) Act, 1957 (MMDR Act). The proposed ‘reforms’ in the mining sector have drawn extensive criticism from environmental activists and others for being rushed and pushed through to benefit industries. The ‘reforms’ propose doing away with the distinction between captive and non-captive mines, and re-allocating blocks held by state-owned firms, which means opening the gates for private players via the auction route. The other ‘reforms’ include rationalising stamp duty computation across states, to base it on the extent of mining area and the underlying land without any reference to the value of the mineral. Not just this, rules on ash content of coal have been waived off. This will flood the market with dirtier and cheaper coal leading to more vulnerabilities for the indigenous populations as well as natural resources.

The reading down of the environmental regulations was triggered in March 2020, when the Ministry of environment issued two notifications to provide easier forest and environmental clearances to mine owners. This meant that once the corporate firm had mining rights they no longer needed to seek fresh approvals and could ignore any previous damage that had occurred to the environment.

The amendments opened a gateway of reforms that further  commercialised coal. The Acts meant that corporate firms won land rights along with mining rights coupled with an extension on who could mine. The amendments mean anyone — with or without mining experience — could now participate in the process of mine acquisition. The second, more dangerous change, was the relaxation of the CMSP Act’s (Coal Mines (Special Provisions) Act) norms on the end-use of coal, which was limited to specified uses, such as power generation and steel production. The amendment has removed this precondition.

Speaking to NewsClick, Senior fellow at the Center for Policy research Kanchi Kohli said, “One can consider this development as one more in the continuum of regulation by exemption. Environment laws are increasingly taking their cues from amendments to mining, power and infrastructure related laws. This change is to allow mining companies to take approvals to set up extraction related operations first without the need to specify end use. With this clarification, the linear infrastructure to evacuate the mined-out material can continue to evolve during the life of the mine, with no thought given to how the social and environmental footprint will be managed.”