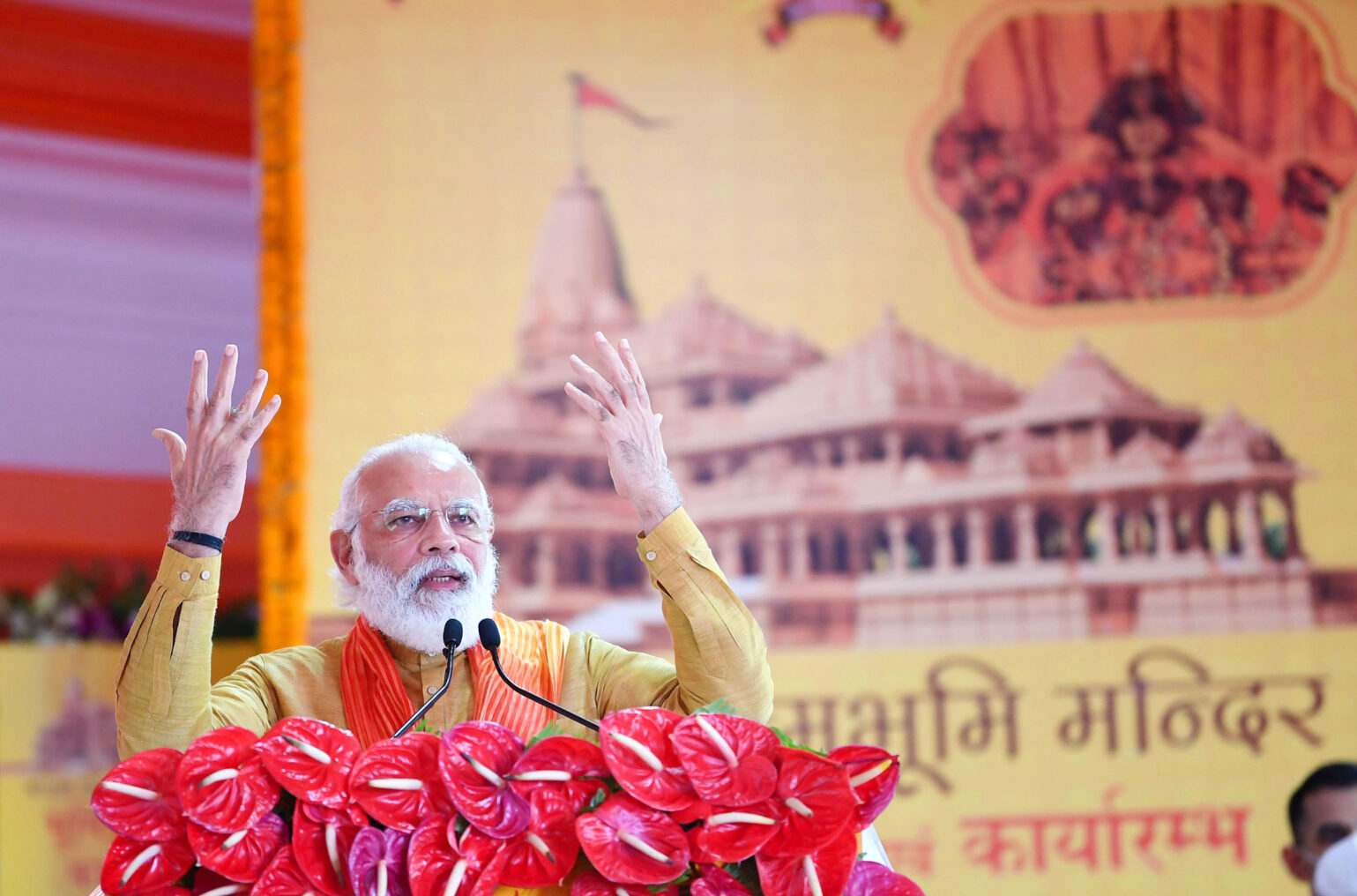 Did the PM violate constitutional authority by taking part in a religious function?

A secular country’s government must ideally follow a separation between church and the state. Yet, government dignitaries are also individuals who are free to profess their own religion as per their fundamental rights. Dr. K S Chauhan, legal scholar and Senior Advocate, examines the constitutional implications when constitutional posts are painted with the religious profession of the individual holding the post.

The constitutional goal of establishing an egalitarian society is possible only if the discriminatory grounds or reasons are eliminated.

We are living in a dichotomy today, where the Constitution has assured the rights of equality, liberty, fraternity, and justice, but the government is acting against constitutional norms.

The Constitution has guaranteed the right to equality and equal protection in Art. 14. It mandated that the State shall not discriminate against any citizen on grounds of religion, race, caste, sex, place of birth in Art. 15.  It prohibits discrimination and it does not allow any disability, liability, restriction, or conditions for access to public places and other public utilities. But it allows special measures for women, children, socially and educationally backward classes, SCs, and STs.

Article 16 guaranteed the right to equality in public employment and it also provides that the State shall not discriminate against any citizen on grounds of religion, race, caste, sex, descent, place of birth, residence or any of them in Art. 16. But special provisions for the backward classes are provided for in any appointment or posts. Further provisions are made for adequate representation of SCs, and STs in matters of promotion.

To make the right to equality a reality, the Constitution makers abolished untouchability. Its practice in any form is forbidden under Art. 17. Yet untouchability is very much practiced and it is on the rise as the State is effectively not implementing the constitutional philosophy. Art.18 has abolished titles to establish an egalitarian society.

These constitutional provisions are being disregarded by the State.

Article 25 of the Constitution guaranteed freedom of conscience and free profession, practice and propagation of religion, which is “subject to public order, morality, and health and to the other provisions of this Part (III of the Constitution)”. Article 25 merely protects the freedom to practice rituals and ceremonies which are only the integral parts of the religion.

Article 26 of the Constitution guaranteed freedom to manage religious affairs. There is the freedom to establish and maintain institutions for religious purposes. But in a secular country, the State cannot promote any religion. As such, the participation of any constitutional authority in any religious event, is constitutionally impermissible, particularly if the invitation is limited to only a caste.

The minorities also have fundamental rights and it is the duty of the State to equally protect them.

Article 27 of the Constitution guaranteed that no person shall be compelled to pay taxes for promotion of any particular religion. Thus, the State has to be neutral.

The mere presence of a high functionary in such a religious event can endanger the secular fabric by making the minorities feel threatened by such action.

Article 28 guaranteed freedom of attendance at religious instruction or religious worship in certain educational institutions.  If a constitutional authority participates in an event of the religion of the majority, the constitutional mandate of protection of the minorities in Article 29 has been defied. The constitutional principles could not be ignored by the State.

Article 30 has guaranteed the right to establish and administer educational institutions of minorities. Freedom of religion is being subject to the other provisions of Part-III of the Constitution. Thus, the participation by the Prime Minister in a religious event of laying the foundation for the construction of ‘Ram Temple’ at ‘Ayodhya’ on August 5 was contrary to the scheme of the Constitution.

India being a secular country, the government cannot participate in any religious activity of any religion. The mere presence of a high functionary in such a religious event can endanger the secular fabric by making the minorities feel threatened by such action. The minority communities, or a person who has litigated upto the highest court, has to support the construction,  shows the extreme fear in the mind of minorities.

The other institutions which are established to oversee the functioning of the government have failed in their duties. A parallel government, which is controlled by the religion, is exemplifying disrespect to the Constitution and its principles as it believes in the principles of inequality originating from Manusmriti. Religious freedom has been guaranteed by the Constitution, which is “subject to public order, morality, and health and to the other provisions”.

The government has failed by not working in the direction of realising constitutional rights.

Religion is also one of the discriminatory factors that restrict the realisation of fruits of the constitutional principles and rights of the citizens. Unfortunately, all actions prohibited under the Constitution are being promoted or propagated in one form or the other by the ruling classes. The exploited classes are organising themselves as Mulniwasi Bahujan  (Native of the Land) to realise the fruits of constitutionally guaranteed rights.

A parallel government, which is controlled by the religion, is exemplifying disrespect to the Constitution and its principles as it believes in the principles of inequality originating from Manusmriti.

As such, the oath of a constitutional authority has been violated by the propagation of religion. The question is whether the Prime Minister, who is getting elected under the scheme of the Constitution, is bound by the Constitution and its principles, which recognised ‘secularism’ as one of the basic structures. Later on, to make it emphatically clear, the word ‘secular’ has been expressly inserted to the Preamble of the Constitution. In my considered opinion, he is bound and his action is constitutionally impermissible.

(Dr. K S Chauhan is a Senior Advocate at the Supreme Court of India. Views are personal)