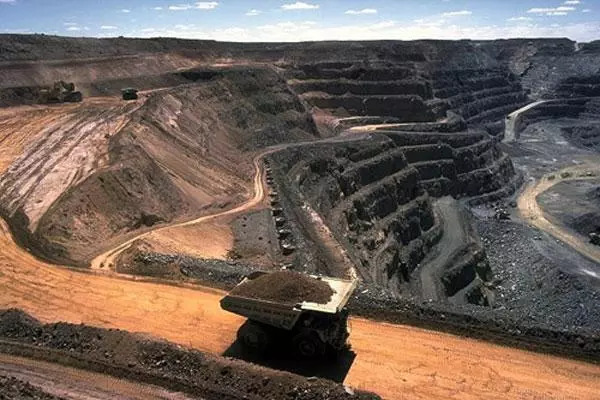 Did the Bharatiya Janata Party (BJP) government in Goa help Vedanta jump the law in order to sell iron ore overseas even as a state-wide ban continues to be imposed on its mining by an order of the Supreme Court of India?

After purchasing 1.44 million tons of iron ore, lying unused in the state because of the ban, Vedanta had reportedly begun processing it at its Codli open pit mining lease area near Marmagao. However, no environmental clearance has been obtained by Vedanta for recommencing the operations. The operations had commenced only on the basis of clearances provided by the Pramod Sawant-led Goa government.

On March 4, 2021, the National Green Tribunal held that Vedanta was accused of committing a serious violation of law, in commencing operations to clean and prepare the ore (through a process known as ‘beneficiation’ for improving quality of ore before sale) without obtaining environmental clearance. The bench has directed the Union Ministry of Environment, Forests & Climate Change (MoEF&CC) and the Goa State Pollution Control Board to take “further remedial action” in order “to enforce the rule of law”.

“The Tribunal cannot avoid responsibility in dealing with the matter where direct violation of specific statutory obligation is pointed out. Violation alleged in the present case is of serious nature of not having requisite EC, which is crucial regulatory requirement under a statutory notification. This cannot be ignored nor any commercial establishment committed to rule of law can oppose this being done,” stated the tribunal in its order.

Vedanta had been operating two beneficiation plants at the Codli lease area which, as per the company, has been halted after the green tribunal order. In its petition before the green tribunal, Goa Foundation alleged that the consent order was issued in violation of Environment Impact Assessment (EIA) Notification, 2006, because there was no direction to obtain an environmental clearance. Though the Codli mining lease had been issued an EC by the Congress-led United Progressive Alliance government in December 2008, it was invalidated by the Supreme Court order of February 2018.

On September 10, 2019, Goa’s Directorate of Mines & Geology allowed Vedanta to commence operations, albeit with certain conditions, of its beneficiation plants in Codli even though there was no EC for the purpose. The approval letter reportedly did not make any reference to the fact that the beneficiation plant was part of the Codli mining lease which is under suspension due to the ban. On the very same day, that is, on September 10, 2019, Vedanta made an application to the Goa State Pollution Control Board seeking its ‘consent to operate the plants’.

The Pollution Control Board gave its nod to Vedanta around 10 days later, that is, on September 19, 2019. But it made no mention in its order that the mandatory environmental clearance has to be sought by Vedanta for operating the plants. Was the state pollution control board unaware that there exists a ban on iron mining activities in Goa?

When asked by NewsClick as to how a consent to operate the plants had been granted without an environmental clearance, the member-secretary of Goa State Pollution Control Board, Dr Shamila Monteiro, said, “Since, the matter is sub judice I would not like to make any comments on it. In our affidavit in the court, we have made it very clear as to how we have granted the consent.”

Nonetheless, December 1, 2019 onwards, the plants had become operational at Codli following the board’s nod. A Public Interest Litigation (PIL), which was filed soon thereafter by the Goa Foundation in the High Court of Bombay at Goa, alleging illegalities in the grant of approval to Vedanta to recommence operations of its beneficiation plants, was dismissed on December 16, 2019, without any specific directions whatsoever.

A little more than a month later, that is, on January 30, 2020, a Supreme Court division bench headed by Chief Justice of India SA Bobde allowed transportation and export of royalty-paid iron ore from Goa if it was extracted before March 15, 2018. “Such transportation shall be completed within a period of six months from today,” ruled the apex court bench.

Goa Foundation had raised serious environmental concerns in its petition before the green tribunal. ‘Tailing ponds’, used for the purpose of beneficiation, of the Codli mining lease are already full and that any new activity is bound to worsen the situation since it is located in close proximity to the sources of drinking water in the state, stated the petition.

In reply to the petition, Vedanta argued that no environmental clearance was required for the beneficiation plants since they were set up in the year 1997, much before the EIA Notification, 2006, came into existence. Further Vedanta also argued that though the beneficiation plants were shifted in the year 2012, it was within the existing premises and the distance was 500 metres which did not amount to commencement of a new project or expansion, modernisation or change of products which would require an EC.

On its part, the state Pollution Control Board, in an affidavit that it filed with the green tribunal in October 2020, also stated that in the year 2012, Vedanta had shifted two of its beneficiation plants by around 500-600 metres in the Codli mining lease area. But the new sites were within the same plot of land on which they had been existing all along. After shifting, these plants were renamed as IIA and IVA by Vedanta.

“… it is submitted that the contention of the Applicant [Goa Foundation] made in the Rejoinders that the Plants IIA and IVA are brand new plants and that they were not in existence prior to EIA notification 2006 is false and denied,” the board stated in its affidavit.

However, the green tribunal held that in view of the fact that the plant had recommenced in the year 2019, an EC was required even if it was initially set up prior to the year 2006.

“We, thus, find that recommencement of the plant in the year 2019 can only be after obtaining EC at a site which is different from the site where the plant was set up at a time when there was no requirement of EC i.e. in the year 1997,” said the bench in its order.

A detailed questionnaire was sent via email to Vedanta, on behalf of NewsClick, asking, amongst other things, as to the grounds on which the firm had sought consent from the state government to operate the plants without having an environmental clearance. However, Vedanta replied, “After the National Green Tribunal order, we have stopped the plant operations. We have challenged the order before the Honourable Supreme Court of India by filing a civil appeal. At present, the matter is sub judice before the court.”

The Supreme Court had imposed a ban on iron ore mining in Goa in September 2012 on the basis of a judicial commission of enquiry report. The enquiry had exposed a scam, involving politicians and unscrupulous miners, worth Rs 35,000 crore in the extraction and sale of the mineral. This ban was lifted conditionally by the apex court after 18 months.

The Goa government later renewed 88 iron ore mining leases, which had expired, instead of granting fresh licenses. However, in February 2018, Supreme Court cancelled these leases, on the basis of a petition by the environmental action group Goa Foundation, terming the then Manohar Parrikar-led state government action as “being hasty” in renewing them.

“By the apex court judgement of February 2018, all mining operations, including the operation of beneficiation plants, have been halted in Goa. The apex court further directed that fresh environment clearances and fresh leases will be required for mining operations to recommence. No mining activity or operation can take place in Goa at the moment, except on a duly granted mining lease and after obtaining a valid environmental clearance. However, the beneficiation plants began operations on the basis of a mere consent to operate order issued by the Goa government,” said legal advisor of Goa Foundation, Norma Alvares.