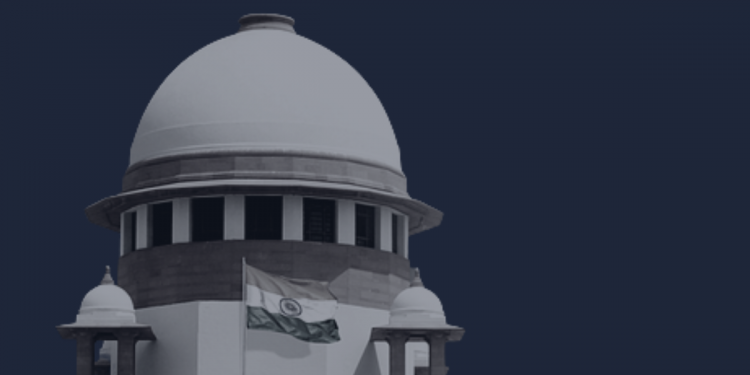 THE Supreme Court, on Tuesday, grilled the Uttarakhand government over its lackadaisical approach to the proposed ‘Dharma Sansad’ scheduled to be held at Roorkee on Wednesday even as it asked the government to take all steps to prevent hate speeches at the event. It also warned of summoning the chief secretary if something untoward happens.

A bench comprising Justices A.M. Khanwilkar, Abhay S. Oka and C.T. Ravikumar told the counsel appearing for the Uttarakhand government that if the same speakers are speaking at different places one after the other then surely the state can take preventive actions. The bench’s remarks were in response to the view of the state government’s counsel that the police could not anticipate what the speakers would speak.

“Don’t make us say these things, there are ways that you can take preventive action”, Justice Khanwilkar told the Uttarakhand government. In response, the counsel for the state government informed the court that all the preventive steps had been taken, and would be taken. The bench then directed the Chief Secretary of the Uttarakhand government to file an affidavit putting on record all the preventive measures being taken by the state government. It added that it was the duty of the state to prevent hate speeches, and by doing so, it would not be doing any favour to the court.

The bench was referring to guidelines issued in Tehseen Poonawalla vs. Union of India (2018). In In its judgment in this case, the Supreme Court had issued a three-fold guideline, namely, “preventive measures”, “remedial measures” and “punitive measures”. Those measures, among other things, provided for the appointment of a nodal officer in every district for taking measures to prevent incidents of mob violence.

The bench was hearing a petition filed by Qurban Ali, a senior tri-lingual (Hindi, Urdu, and English) journalist with more than 35 years of experience, against hate speeches being delivered at dharm sansads being organised by right-wing outfits across different parts of the country.

Turning to a dharm sansad held in Himachal Pradesh, the bench inquired from the state counsel to explain in an affidavit what steps were taken to prevent it. The bench was informed by the state counsel that it had issued a notice under the Police Act to prevent such problems. Justice Khanilkar retorted “These events do not occur suddenly, overnight. They are announced well in advance. Local police must go into action immediately to ensure that nothing untoward happens. And whether those steps have been taken, you explain that.”

Senior advocate Kapil Sibal, for the petitioners, said that the authorities are not doing anything to stop such hate speeches and calls for violence.

Last week, a bench comprising Justices Khanwilkar and Oka had expressed its displeasure over a Delhi Police affidavit which had said that “no hate speech was made” during an event held here last year, and directed it to file a “better affidavit.”

Delhi Police had told the court that “no specific words against any community were uttered” at an event organised in Delhi by the ‘Hindu Yuva Vahini’ on December 19 last year.

“The affidavit has been filed by the Deputy Commissioner of Police. We hope he has understood the nuances. Has he merely reproduced the inquiry report or applied mind? Is it your stand as well or the reproduction of inquiry report of sub-inspector level officer?”, the bench had asked.