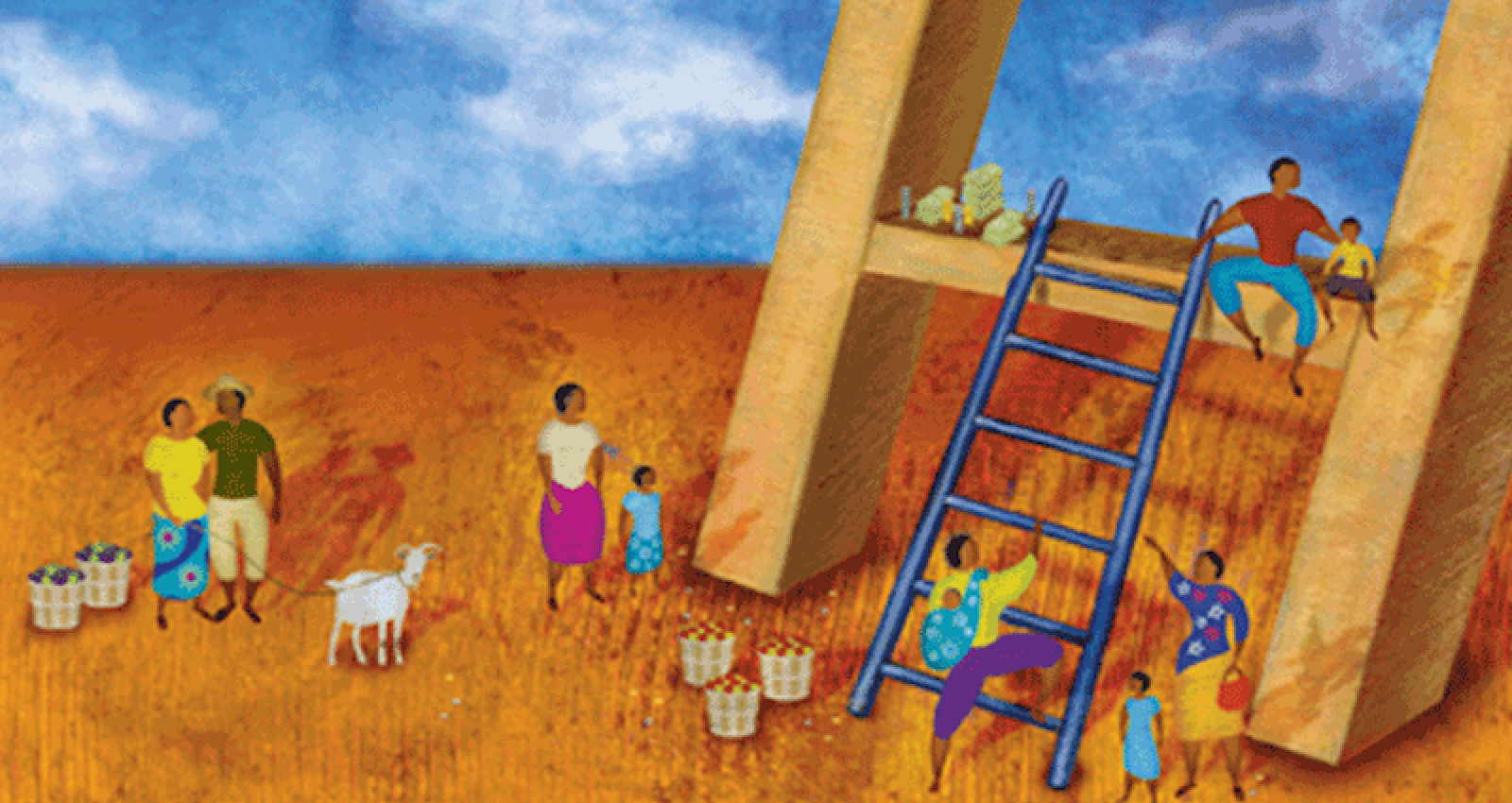 Only 20 per cent micro, small and medium enterprises in India are owned by women, and the twin challenges of limited avenues for access to formal finance and inadequate gender disaggregated data loom large. The role of female business correspondents in bringing financial services to the doorstep of women entrepreneurs is fast gaining importance and needs to be given a regulatory push.

THE ownership pattern of the 608 lakh proprietary micro, small and medium enterprises [MSMEs] present in India reveals an unsurprising finding: almost 80 per cent are owned by men, while the remaining are owned by women.

However, what surprises is that women owned enterprises are nowhere defined in the law. While the term is used in the census and annual reports of the Union Ministry of MSMEs, in circulars mandating three per cent procurement from such enterprises by public sector undertakings, the Udyam registration form, as well as certain government schemes and policies, a uniform definition of the term is missing. A discernable consequence of the lack of a definition in the law is that the allocation and access of benefits under schemes and collection of gender disaggregated data suffer from uncertainties and inaccuracies. The challenge posed to access to benefits is from both ends: the policymakers and financial institutions need to determine the target group, and the recipients need to know their eligibility. Further, accurate disaggregated data is the bedrock on which gender-responsive financial inclusion policies, strategies and products are formulated.

A discernable consequence of the lack of a definition in the law is that the allocation and access of benefits under schemes and collection of gender disaggregated data suffer from uncertainties and inaccuracies.

Also read: Women participation in gig economy: Why Urban Company’s suit against protests by its “partners” calls for legal intervention

Independent legal research think-tank Vidhi Centre for Legal Policy’s recent working paper ‘The Law needs to account for Her’ suggests defining women-led enterprises in the Micro, Small and Medium Enterprises Development Act, 2006 [MSMED Act] to lend a distinct identity to such enterprises, based on which an enabling and robust ecosystem for such enterprises can be built. The MSMED Act classifies MSMEs based on investment and turnover, and allows classification based on other criteria such as employment under Section 7(9).

However, to enable classification in the law based on whether an MSME is owned or led by women, a suitable gender-specific criteria will require being introduced in the above section, based on which women enterprises may be defined in the law. The components of the definition may include aspects of ownership, control and management, adapted to the Indian context. The Udyam registration process provides for a district level authority to grant certificates to MSMEs, and it is recommended that the same authority also certify women enterprises as well.

Once defined, there are multiple use cases to enable additional avenues for women enterprises to access finance. Two such recommendations include: first, in Reserve Bank of India [RBI]’s Priority Sector Lending Master Directions 2020, banks are required to lend 7.5 per cent of their net bank credit to micro enterprises, within the MSME category. As majority of women-owned MSMEs are micro enterprises, a sub-target for women-led micro enterprises may be introduced in the said directions. Second, in RBI’s 2000 circular setting out the fourteen action point plan for financial inclusion of women, five per cent net bank credit is required to be earmarked by public sector banks [PSBs] for women, which includes credit to retail women customers, credit under different schemes as well as credit to companies and partnerships held by majority of women, and proprietorships with women proprietors. While PSBs have been complying with this target, the credit flow to women enterprises within this target was 0.5 per cent in 2005, and went up to a dismal 0.7 per cent in 2015. It is recommended that within the target of five per cent, a sub-target for women-led enterprises be created, to ensure greater and assured flow of credit to such enterprises.

Another use case for the definition of women-led enterprises relates to collection of accurate gender-disaggregated data. The above-mentioned 2000 RBI circular, and a follow up 2001 circular, require PSBs to disaggregate data for women enterprises and submit quarterly reports in this respect. However, on a review of the Basic Statistical Returns and Monitoring Progress of Financial Inclusion Returns (which are the primary returns submitted by scheduled commercial banks to the RBI on a quarterly or annual basis), it appears that the reporting requirements do not require gender disaggregated data to be submitted for women enterprises. It is recommended that suitable data points be added to both these returns, as they will go a long way in aiding policymakers and financial institutions in understanding the market opportunities and financial requirements for this segment.

As a lot of women enterprises, especially in rural areas, may be home-based, and located away from branches of formal financial institutions, the role of business correspondents [BCs] in acting as a conduit between such enterprises and banks cannot be undermined. BCs are banking agents that provide banking services such as disbursal of small value credit, processing of loan applications, collection of interest, and so on at locations other than the bank branch or ATM, and thus are an important prerequisite for a bank’s financial inclusion strategy.

There is evidence to show that women prefer using BCs for most of their banking transactions. Further, under a pilot project led by the National Bank for Agriculture and Rural Development and the German Agency for International Cooperation, female members of self-help groups [SHGs] were trained as BCs or ‘Bank Sakhis’, which led to more saving accounts being opened and higher number of transactions being undertaken by women customers. Thus, female BCs play a critical role in the financial inclusion of women in India.

Also read: Self-help Groups: Women Become the Change They Want to See in the World

However, from an available pool of 67 million women SHG workers, only 21,790 have been appointed as BCs and are highly under-represented in the BC network as they form only 10 per cent of such workforce. Recently, the State Bank of India called for mandating 30 per cent quota for female BCs. While a mandatory quota is the need of the hour, it is also suggested in the working paper that the RBI takes regulatory action, and issues a circular laying down directions and principles for all banks to extend support to female BCs. This can be done by diluting adverse selection criterion of requiring BCs to have passed 12th standard, when the minimum qualification mandated by RBI is passing the 10th standard (in this context, RBI may also re-look at the 10th pass criterion, given the lower literacy rates of women when compared to men, resulting in a large section of women getting filtered out from the eligibility requirements).

Female BCs play a critical role in the financial inclusion of women in India. While a mandatory female quota is the need of the hour, it is also suggested that the RBI takes regulatory action, and issues a circular laying down directions and principles for all banks to extend support to female BCs.

Other support measures that may be laid down in the circular include financial support for buying work-related equipment such as handheld devices, laptops and point of sale machines, as women may have lesser disposable income; mobility support for commuting, as women face more challenges in travelling; and insurance cover, as women may need the extra cover to overcome social and family-related hesitancies.

As the business case for female BCs is strong in terms of manoeuvring women entrepreneurs as well as retail customers to sign up for more financial products (whether traditional or digital), and increasing the volume as well as value of transactions, their potential for enabling access to finance for women enterprises in the ecosystem is immense and needs a regulatory push.

Please read Vidhi’s working paper ‘The Law needs to account for Her’ for more legal reforms relating to making digital banks more accessible for women, for a detailed analysis of existing savings and credit products offered by financial service providers to women enterprises as well as women retail customers in India, and recommendations to make them more gender-specific and suitable to their needs. A video explainer of the paper is available here.