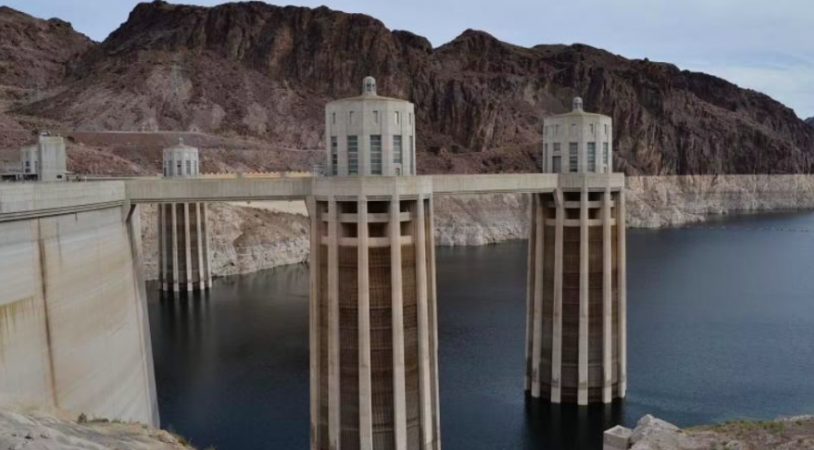 Designed to Kill? Why Go-Ahead for 7 Hydel Projects in Uttarakhand is Malafide

The Ministry of Environment, Forests & Climate Change (MoEFCC) last week filed an affidavit in the Supreme Court conveying that it has now given the go-ahead for seven controversial hydro-electric projects in the Upper Ganga region of Uttarakhand.

These projects include the 512 MW Tapovan-Vishnugarh hydro-electric project on the Dhauliganga, which was almost completely destroyed in the massive floods of February 2021, killing more than 200 people including over 150 workers and others whose bodies are probably still interred in the ruins of the project which is now proposed to be re-built.

These seven projects, along with others, had been stalled till now under SC orders due to serious environmental and safety concerns which had come to the fore in the aftermath of the disastrous Kedarnath floods of 2013 which killed over 5,000 people.

The ministry’s approval for these seven projects does not, however, actually address the basic issues which had prompted the apex court to put a hold on these hydel projects in the first place. In fact the decision, the reasons advanced for it, and the manner in which the decision was arrived at have all raised additional and troubling issues. In particular, MoEFCC and the government as a whole have brushed aside all expert opinion, shown utter disregard for the very real and proven dangers involved, and cynically manipulated the regulatory system so as to frustrate the SC’s order, and recklessly and stubbornly push these few hydel projects.

The MoEFCC affidavit justifies its recommendation by stating that all these projects were more than 50% complete and that even Tapovan-Vishnugad was 75% complete in February this year, but does not mention what small percentage is still standing or salvageable.

For unexplained reasons, the affidavit also asserts that the February 2021 floods were caused not by a glacial burst but by an avalanche, as if that made any difference!

While MoEFCC spokespersons have given an assurance that this conditionality will apply for any future approvals, this is not stated in the affidavit. The affidavit also contains the empty assurance that all conditions stipulated in the clearance will be adhered to, which has never happened in the past, nor is there a mechanism to ensure this.

The 2013 Kedarnath floods wreaked havoc in the famous temple town and part of the char dham (four sacred sites) pilgrimage circuit in Uttarakhand, including Badrinath, Gangotri and Yamunotri. More than 5,000 people are believed to have perished in torrential floods coming from upstream Alaknanda river, carrying enormous quantities of boulders, rocks, trees, soil and other debris with it.

The heavy rains at the time, cloudburst in many locations, including in the Kedarnath surroundings, landslides and collapse or damage to over 1,500 roads, 150 bridges, several hydro-electric projects, and untold numbers of buildings and other infrastructures also caused massive damage in the char dham region and the Upper Himalayan region of Uttarakhand. Some observers said the region had been taken back hundreds of years.

Many scientific and technological research and academic institutions, as well as the Disaster Management Agencies at the Centre and in Uttarakhand, had forcefully pointed out at the time that while the heavy rainfall itself may have been natural, the heavy hand of causative human activity resulting in climate change and the consequent increased frequency and severity of extreme rainfall events, was evident.

Further, the impact and damage caused by the 2013 Kedarnath floods were demonstrably contributed to, and compounded by, haphazard and badly planned and implemented development, ignoring the fundamental geological instability and ecological sensitivity of the Himalayas, despite these being repeatedly brought to the attention of authorities.

Responding to several pleas, the Supreme Court had then halted all hydro-electric projects in Uttarakhand pending review of the role played by these projects in causing or amplifying the disaster.

A 17-member committee, headed by a well-known independent expert and environmentalist, examined 24 on-going and planned hydel projects in the Alaknanda and Bhagirathi basins, also covering the Ganga and several tributaries, and concluded that 23 of these would have “irreversible impact” on the regional ecosystem.

Six private project developers appealed, arguing that these were ongoing projects, so the SC set up another expert committee headed by an IIT Kanpur professor to examine their case. This committee too found that even these six projects would have serious environmental impact.

The findings of these committees working under the imprimatur of the SC had exposed the flawed clearance process in the MoEFCC, clearly biased toward the project developers, even at the cost of the very environment they were expected to protect.

Further underlining the total control of the executive over all regulatory systems, including environmental impact assessments and approvals, especially under the new government, which had by now come to power, MoEFCC responded in 2015 to these latest findings by appointing another committee of its own!

Incredibly, this committee was chaired by a dissenting member of the earlier committee, and duly recommended all six projects for approval, evidently a pre-determined outcome, with some modifications suggested. However, some hurdles still remained.

The Ministry of Water Resources, at that time headed by Uma Bharti, an ardent proponent of a pristine Ganga, had consistently opposed hydel projects on the Ganga and her tributaries. The Ministry held that a clean Ganga, the mission for which came under its purview, required a minimum and uninterrupted (aviral) flow, and that hydel projects in the upper reaches would be inimical to this requirement.

Now, with a reconstituted Jal Shakti Ministry, with a different minister, a new inter-ministerial agreement between the Environment, Power and Water Ministries, clearly brought about by the all-powerful Prime Minister’s Office or PMO, all have agreed to allow these seven hydel projects, as reflected in their joint affidavit filed in the SC.

All eyes are now on the SC. Experts, locals and peoples’ organisations will be watching outcomes, especially as regards three issues.

First, the very acceptability of this affidavit, based as it is on what can best be described as a ‘shotgun’ agreement between the three ministries, with one of them abandoning long-held positions, purely to conform with a pre-determined decision by the political executive.

The basis and rationale for the approval by the MoEFCC committee is also highly questionable, coming as it does after the unfavourable findings of two independent SC-appointed expert committees. This begs the questions as to whether this MoEFCC committee had actually applied its mind and whether its recommendations were based on considered technical opinions or were simply rubber-stamping political decisions handed down by the political executive.

Above all, the SC would be well within its rights to conclude that the real and only purpose of the MoEFCC committee’s recommendation to approve the seven projects is to frustrate the purpose of the SC’s earlier order to stay these pending a review, and that outcomes of two independent expert committee reviews have been steamrollered by a self-serving approvals process.

Unfortunately, exactly this subversion has happened earlier. The notorious 719 km Char Dham Mahamarg or highway received sanction through similar devious means. When original plans received adverse recommendations from duly-appointed expert committees, the entire project was subdivided into 58 separate sections, sanctions given to each, width of the road allowed to be widened for larger tourist traffic not recommended due to carrying capacity concerns. Many similar cases have come up repeatedly, showing contempt for due process while favouring executive fiat.

In a longer-term view, this episode, seen along with other steps taken by MoEFCC and the present Union government, reveal a clear intention and systemic practice to undermine the Environmental Regulatory System in India, imperfect though it may be, and to bring about complete regulatory capture by the political executive.

Effort was also made to subvert the regulatory process and mechanisms, and stifle public accountability by the Draft EIA (Environment Impact Assessment) Notification 2020, currently in abeyance in the face of criticism from experts, lawyers, civil society organisations, academics and political parties. Efforts have also been made to dilute environment regulations and even the National Green Tribunal has been sought to be scuttled by denial of staff, facilities and funding, besides an attempt to downgrade their powers of judicial oversight.

Needless to say, the long-standing demand for an independent, statutory Environmental Regulatory Agency is nowhere in sight.

It should be emphasised that although the immediate focus is on hydel projects in the Upper Himalayas, experts, civil society organisations and local residents had been continually highlighting the haphazard and poorly planned region along with badly engineered and monitored infrastructure and construction activities, besides other major developmental issues.

It is well known that the Himalayas, being one of the youngest mountain ranges in the world, in terms of its geological structure, soil etc, are inherently unstable. However, this is rarely taken into account in planning and implementing infrastructure in the region, especially by private parties concerned with only profit maximisation regardless of the consequences.

Conventional and often crude road-cutting and construction techniques are used, including blasting in these unstable mountain areas, causing structural faults in the mountainside, loosening the soil and laying the ground for landslides bringing with them loosened boulders, rocks, soil and uprooted trees.

Construction debris is inevitably and illegally dumped in rivers, raising their beds leading to higher flood levels, completely violating mountain road and other construction codes scrupulously laid down, followed and monitored in Europe and elsewhere, but completely ignored in India.

Unplanned and haphazard urbanisation, settlements and tourist facilities coming up on river banks, poorly planned infrastructure, all built with little concern for the carrying capacity of the Himalayan hill regions, geological and other ecological factors, further contribute to future disasters.

Climate change sits on top of all these factors. Extreme rainfall events are predicted to increase and have, in fact, already been witnessed year after year. Far from preparing for these eventualities, the present government’s headlong rush to build grandiose infrastructure is characterised in this ecologically fragile region by multi-lane mountain highways, like the char dham “all weather” highway which has already seen multiple landslides and prolonged shutdowns, regional airports and massive tourist infrastructure. All these are examples of development gone mad and invitations to disaster.

Will the Supreme Court ask the Joint Secretary, signatory to the affidavit, or the Secretaries of the three ministries going along with this approval, or the ministers concerned to accept full personal and official responsibility for consequences of these approvals?

Or will they simply be allowed to risk hundreds or thousands of people’s lives, tens of thousands of crores of damage to property and infrastructure, at the cost of the people who will pay for all this one way or another, while a few private companies and their political patrons go laughing to the bank?

The writer is with the Delhi Science Forum and All India Peoples Science Network. The views are personal.