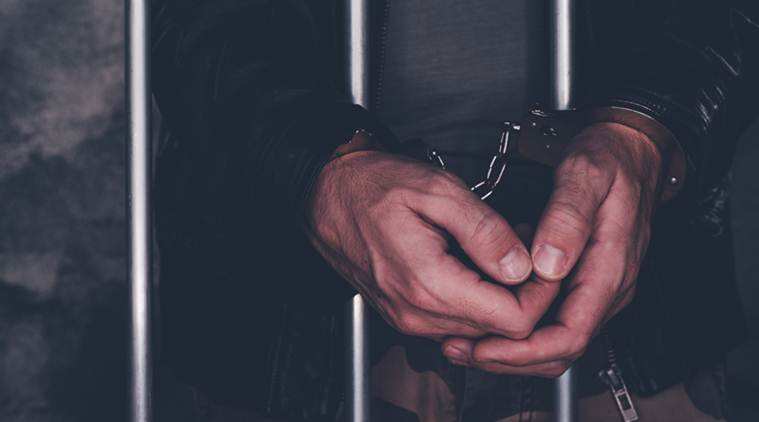 New Delhi, Feb 17 (PTI) A Delhi court on Thursday sought a response from the Prisons Director General [DG] on a plea seeking a department enquiry into former Jawaharlal Nehru University [JNU] student leader Umar Khalid, arrested in a case related to larger conspiracy during Delhi riots, being produced in handcuffs.
According to law, an accused cannot be put in handcuffs without a specific order in this regard.
Additional Sessions Judge Amitabh Rawat also issued directions to send a copy of the order to the commissioner of police who may file a report after an inquiry by a responsible senior officer on whether Khalid was brought in handcuffs on Thursday and, if so, on what orders.
The court passed the order on an application moved by Khalid’s counsel, seeking departmental enquiry “into the arbitrary and illegal production of the applicant in handcuffs/fetters on February 17”.
The counsel alleged that Khalid was produced in court by police officials of Lock-Up, Karkardooma Courts, in handcuffs despite there being no order from the court and in fact, “there are two contrary orders passed by two different courts”.
He submitted that this was a violation of the rights of the accused and an inquiry must be conducted to find fault with the delinquent police officials.
An undertrial remains in the custody of the court throughout the proceedings and the extreme step of handcuffing the accused can only be taken after a court allows it on a request or an application containing reasons, the court noted.
“This court has passed no such orders for this accused or, for that matter, any accused in this case,” the judge said.
The court further noted that even the investigating agency, Special Cell, never made such a request in the case.
“Let notice be also issued to DG (Prisons) to apprise this court whether any such orders have been passed from their end. Let a report be also filed by the reader and PA [personal assistant] of this court in this regard,” the judge said.
Khalid, along with several others, was booked for being the “masterminds” of the February 2020 Delhi riots, which had left 53 people dead and over 700 injured.
The violence had erupted during the protests against the Citizenship (Amendment) Act and the National Register of Citizens.
Besides him, JNU students Natasha Narwal and Devangana Kalita, Jamia Coordination Committee members Safoora Zargar, former Aam Aadmi Party councillor Tahir Hussain and several others have also been booked in the case.