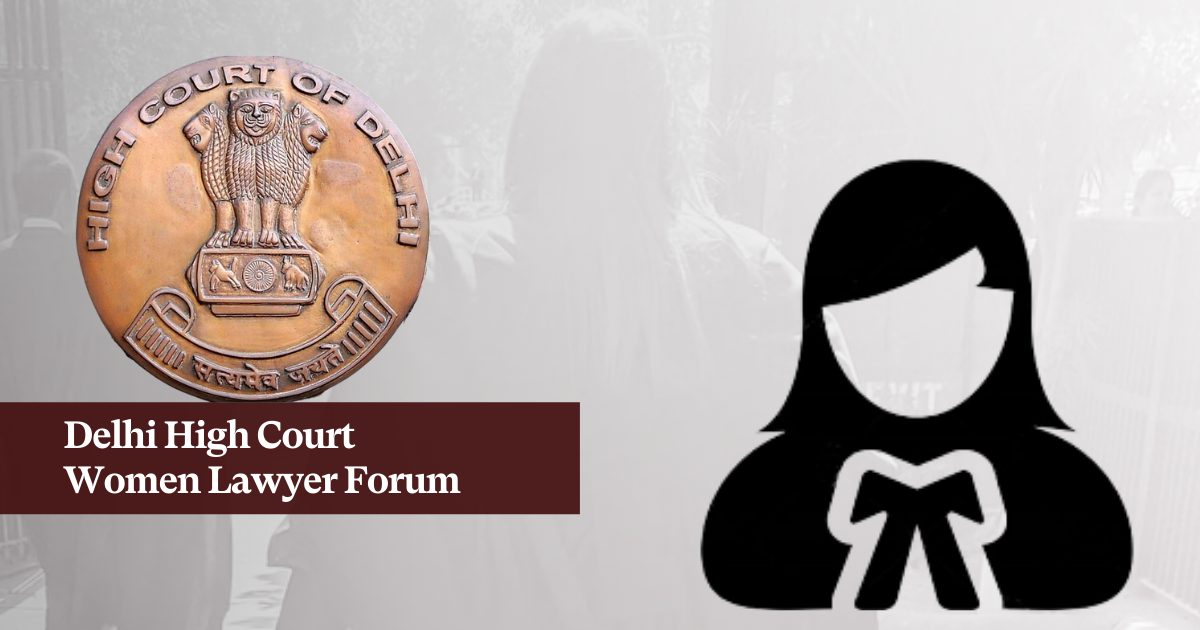 The Leaflet·January 7, 2022
Home
Life and Liberty
Right to Life

A letter petition was sent to the Chief Justice of India (CJI) N.V. Ramana today by the Delhi High Court Women Lawyers Forum, a forum for professional engagement of women lawyers consisting of about 150 women lawyers practicing at the High Court and trial courts in Delhi, demanding the intervention of the CJI and other judges of the Court towards ensuring members of minority communities the right to life with dignity and security, in light of the Bulli Bai app matter and tardy action by the law enforcement machinery.

The letter also refers the hate speech events against the Muslim community from last month. It calls for “appropriate directions [to] be issued to prevent the dehumanization of minorities by using pejoratives, likening them to animals and germs, spreading fake news by disseminating fearful stereotypes, inciting others to harass or boycott the targeted communities, and giving calls for genocide against minority communities and strictly prohibiting the auctions of human beings like animals.”

In the letter, the Forum expresses its “grave concern” at the “the growing threats of violence and humiliation targeted towards the minority community”, as well as the “deafening silence from the Central and State Governments to unambiguously deprecate the same”.

It contends that the ‘Bulli Bai’ app came about because no one was punished for the ‘Sulli Deals’ app, a similar app targeting and objectifying Muslim women that had been unearthed in July last year. It states that these apps attempt to not only humiliate prominent, free-thinking, independent Muslim women with dissenting voices, but sexualize and dehumanize the larger Muslim community. It points out the presence of the wife of a sitting high court judge among the women targeted by the apps, terming it “a grave attack on the independence of the judiciary [that] may have a chilling effect on the ability of other Muslims to take up the position of being judges of the High Court and other courts”.

The Forum argues that such apps are developed due to the “bigotry openly being expressed among the common public and lack of action by the police and the judiciary”. They represent not only misogyny and communal enmity, as per the Forum, but also reflect a lack of respect for, and no sense of fear of, the law among the apps’ developers and users. The Forum expresses fear that the women targeted by the apps could face personal danger, in light of the “the current environment in the country with increasing incidents of violence against individuals and institutions of minority communities perpetrated by anti-social and communal elements”.

Further, the letter states: “Apps like Sulli Deals have created a sense of extreme insecurity among Muslim women in India, especially in the back drop of public calls of genocide of the Muslim community and have raised serious questions on the failure of the Indian law enforcement agencies, to ensure that the Fundamental Right to Life with Dignity as guaranteed by Article 21 of the Constitution of India is secured to all persons irrespective of their religion.”

It laments that events from the past few years show that the State has failed in its obligation to provide a life with dignity to minority communities in India. As a result, it states, “[p]eople are losing faith in the independence of investigative agencies.”

It concludes by appealing to the CJI and other Supreme Court judges to “to put in place preventive guidelines to ensure accountability of law enforcement agencies and for PREVENTIVE actions so that these incidents never occur again.” Among other things, the letter petition’s demands the issuance of directions to the administration of each district to prevent the vilification of minorities, the spreading of fake news about them and calls for genocide against them; the prohibition of the auction of people like inanimate objects; directions to the union and state governments to provide to minority communities an atmosphere of dignity and security. It also seeks the Supreme Court’s monitoring of the Mumbai Police’s criminal investigation into the Bulli Bai matter, and that it directs a time-bound investigation into the Sulli Deals and Bulli Bai cases, including the source of funding, the handlers of the app developers and the masterminds behind the surveillance of women that were targeted by the app.

The letter is signed by 77 members of the Forum.

On Wednesday, the Delhi High Court Bar Association had strongly condemned the “malicious, mischievous and reprehensible” act of creating, developing and hosting the Bulli Bai app, and resolved to write to the Delhi police commissioner, demanding the registration of a first information report (FIR), and an efficient and expeditious investigation so that those found guilty of committing the “dastardly crime” are punished in accordance with law.

Last week, 76 advocates practicing at the Supreme Court, including 13 designated senior advocates, had written a letter to the Chief Justice of India (CJI) N.V. Ramana asking him to take suo motu cognizance of hate speeches made against the Muslim community at two separate events in Delhi and Haridwar last month.