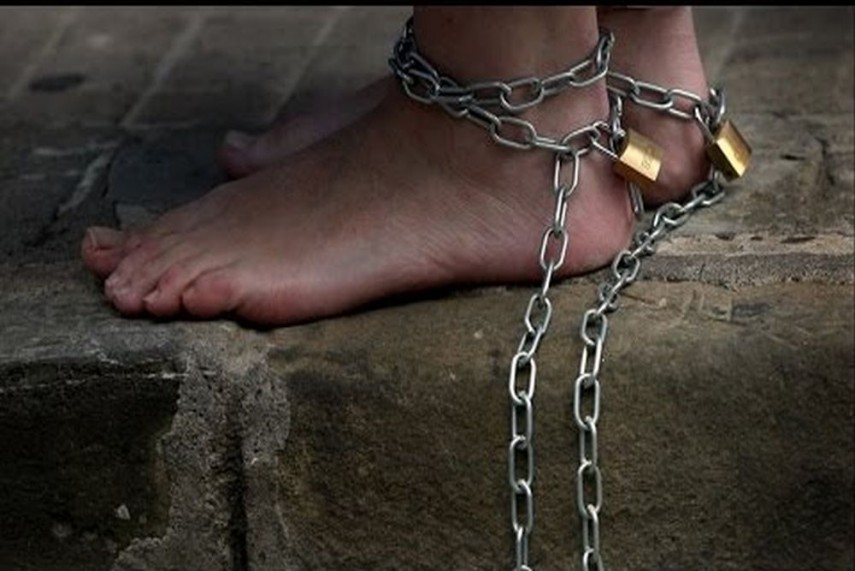 In the concluding article to our Special Issue on the 45th Anniversary of Emergency, we come to the present to note the concealed Emergency prevalent in our country. It looks, feels and behaves like an Emergency, but is not officially one. In this article, the author, whose earlier piece ‘Close shave in August 1975‘ described his lived experience of the declared Emergency, shares with us his insights in the ominous times that we live in.

India is ostensibly the largest democracy in the world. Nearly 73 years after independence and 72 years after the Universal Declaration of Human Rights (UDHR), India remains in the shadow of state imposed constraints on freedom, harking back to the 19-month interlude in 1975-76 that shook the country’s faith in its democratic foundations.

India in 2020 suffers from a surfeit of legislation that restricts fundamental liberties. Laws purporting to safeguard national security and public order have been employed to counter ambiguously defined threats. Applied over large parts of the country – from the Union territories of Jammu and  Kashmir in the north to several states in the northeast as well as Chhattisgarh in central India – these acts contain provisions that are incompatible with the principles that form the basis of a democratic State.

Preventive detention and extraordinary police powers are measures that normally follow the proclamation of a state of emergency, which in turn, is justifiable only if strictly necessary to counter an immediate threat to the life of a nation. These unrestrained grants of power to police and security forces guarantees that, virtually, the entire country remains in a state of undeclared emergency.

The Disturbed Areas Act, for example, gives the police extraordinary powers of arrest and detention. It was applied in Assam in 1955 and later extended to Nagaland, Manipur, parts of Tripura, and to two districts of Arunachal Pradesh, purportedly to deal with the various insurgencies in the region. It was also imposed in Jammu and Kashmir (1990), and then in Andhra Pradesh, Odhisa, Jharkhand and Chhattisgarh to deal with the tribal insurgency euphemistically called the Naxalite movement.

The National Security Act (NSA) 1980 provides for detention of a person “with a view to preventing him from acting in any manner prejudicial to” various State objectives including national security and public order. The maximum period of detention is 12 months. The Act limits the powers of the court to review detention orders.

Also Read: How to declare a National Emergency

While it requires the Government to refer all cases to an Advisory Board consisting of “who are, or have been, or are qualified to be appointed as, Judges of a High Court”, within three weeks of the detention, it does not permit legal counsel to appear before the Board on behalf of the detenu. The proceedings of the Advisory Board are moreover closed to the public and its report, submitted to the Government, is confidential. Finally, it gives legal immunity to any government officer acting in good faith in pursuance of the Act.

“They can also arrest any person “against whom reasonable suspicion exists” with no obligation to inform the detainee of the grounds for arrest.”

The Armed Forces Special Powers Act (AFSPA) of 1958 remains in effect in Jammu and Kashmir, Nagaland, Manipur, Assam, and parts of Tripura. It gives the Central Government the power to declare any State or Union Territory a disturbed area, allows security forces to fire at any person if it is considered “necessary for maintenance of law and order.” They can also arrest any person “against whom reasonable suspicion exists” with no obligation to inform the detainee of the grounds for arrest. Finally, security personnels are given immunity from prosecution for any acts committed by them in relation to the Act.

The Unlawful Activities (Prevention) Act, 1967, (UAPA) was originally enacted to provide for more effective prevention of certain unlawful activities of individuals and associations and for matters connected therewith. After the Prevention of Terrorism Act (POTA) was repealed in 2004, the scope of UAPA was widened to explicitly include “terrorist activities”. It was again amended in 2008, 2012, and 2019, and each time accorded more powers to the central executive of a nominally federal country.

Also Read: Are We Condemned to Repeat History

The UAPA in fact raises several constitutional issues. The dangers pertaining to the UAPA are along two broad themes: Substantive issues and procedural issues. Substantive issues include, among other aspects, the overly broad definitions of “terrorism”, “unlawful acts” and “association with terrorists” which effectively undermine democracy and reduce space to dissent; procedural issues include, among other aspects, a reversed burden of proof and the functioning of tribunals.

Security, Exception and the Constitution

Several provisions in the laws cited above violate the spirit of the Indian Constitution and also contravene international law. In the case of the AFSPA, for example, the declaration that an area is disturbed essentially amounts to declaring a state of emergency but bypasses the Constitutional safeguards. The point that this bill invokes a state of emergency was raised by Mr. Surendra Mohanty from Dhenkanal in the 1958 Lok Sabha debates. He said the Assembly could not proceed if Section 352(1) of the Constitution was not fulfilled.

“An officer shooting to kill, because he is of the opinion that it is necessary, does not conform, even prima facie, with the Article 21’s constitutional requirement that the right to life can only be abridged as per procedure established by law.”

In response, Mr. G B Pant, the then Home Minister, attempted to argue that the powers granted under the AFSPA do not resemble a state of emergency. He said that in emergency, fundamental rights can be abrogated and that the AFSPA does not abrogate those rights. But under Section 4(a) the right to life is clearly violated. An officer shooting to kill, because he is of the opinion that it is necessary, does not conform, even prima facie, with the Article 21’s constitutional requirement that the right to life can only be abridged as per procedure established by law. The Home Minister said the AFSPA powers stem rather from Article 355 of the Constitution, which gives the Central Government authority to protect the States against external aggression.

“Certain rights however must be fully respected at all times and under all circumstances.”

Certain rights however must be fully respected at all times and under all circumstances. These include the right not to be arbitrarily deprived of life, the right to freedom from torture, the right to a fair trial and the right to protection against discrimination. All the Acts listed above lack the safeguards needed to ensure the protection of these basic rights.

Also Read: ADM Jabalpur: The Case that was but should never have been!

India is a party to the International Convention on Civil and Political Rights (ICCPR) and is therefore obliged to abide by its provisions. Furthermore, any derogation from its provisions is only permissible under three conditions. Firstly, it is only “in time of public emergency which threatens the life of the nation and the existence of which is officially proclaimed” that states may derogate from their obligations under the ICCPR.  Also, such derogation must be “strictly required by the exigencies of the situation” and cannot be inconsistent with other international law obligations. The AFSPA, for example, was enacted without such an official proclamation of emergency and goes beyond the requirements of the situation.

Secondly, there can be no derogation from articles 6, 7, 8 (paragraphs 1 and 2), 11, 15, 16 and 18. The AFSPA violates three of these – Article 6 guaranteeing the right to life and prohibiting the arbitrary deprivation of life, Article 7 prohibiting torture and Article 8 prohibiting forced labour. The NSA also derogates from rights guaranteed under the ICCPR, in particular Article 9 which provides that anyone who is arrested must be informed of the reasons for the arrest and the charges against him. Under Section 8 (2) of the NSA, the authorities may not disclose the grounds on which the person has been detained. This is also in direct contravention of article 14 (3) of the Covenant.

Thirdly, under Article 40 of the ICCPR, any state which derogates from the Covenant must inform the other States parties immediately, through the Secretary-General. It must also give reasons for the derogation and the date on which the derogations are terminated. India has not met this obligation with regard to any of the above legislation.

In its concluding observations, after having considered India’s Third Periodic Report in July 1997, the UN Human Rights Committee expressed its concern “at the continuing reliance on special powers under legislation such as the Armed Forces Special Powers Act, the Public Safety Act and the National Security Act in areas declared to be disturbed and at serious human rights violations, in particular with respect to Article 6,7,9 and 14 of the Covenant, committed by security and armed forces acting under these laws as well as by paramilitary and insurgent groups.”

“Most importantly, these laws, which are extensively applied and have no provision for regular review, have been singularly ineffective with regard to their stated aims”

The Committee also expressed regret that, by applying legislations such as the AFSPA, the State party was “in effect using emergency powers without resorting to Article 4, paragraph 3, of the Covenant.” It recommended the close monitoring of the application of “these emergency powers” to ensure strict compliance with the provisions of the Covenant.

Most importantly, these laws, which are extensively applied and have no provision for regular review, have been singularly ineffective with regard to their stated aims. If India aspires to gain its much-coveted place in the world, it must start by adhering to international norms and obligations. It must also submit its actions to scrutiny. That will be the real test of its democracy.

Also Read: The Judge who unseated a Prime Minister