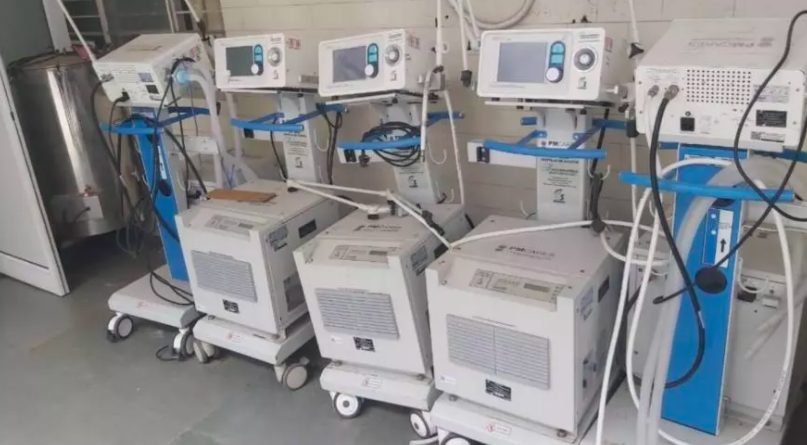 Representational use only. Image Source: The Indian Express
Access to MedicineCOVID-19GovernanceHealth Rights Out of 22 districts, the maximum number of total deaths have been recorded in Ludhiana with 1,638 fatalities followed by 1,193 in Jalandhar and 1,158 in Amritsar. With the surge in deaths, the state’s case fatality rate (CFR) has touched 2.38%–higher than the national CFR mark of 1.09%.

These figures paint a very worrisome picture of the second wave of COVID-19 situation in Punjab. According to Amardeep Singh Cheema, chairman of the Punjab Health System Corporation, delay in testing, late reporting to hospitals and co-morbidities among people are the factors behind the increase in the mortality rates.

Amid the surge, the Punjab government is taking help of Panchayati Raj institutions to reach out to the people living in rural areas. Newsclick had earlier reported on how about half of the COVID deaths were being reported from rural Punjab.

With growing COVID cases and deaths, the tussle between the Centre and the state government has also become visible. Punjab has been raising alarms regarding oxygen shortage for the last few days. Punjab CM Captain Amarinder Singh had also proposed procuring oxygen from Pakistan which was rejected by the Centre. The state has demanded 300 MT oxygen daily while it is provided with 227 MT.

In the petition pertaining to COVID-19 management in Punjab, Advocate General Atul Nanda had pointed that even 227 MT is not reaching the state and has requested for the supply of six more containers.

“We consumed 297 MT today (on 12 May) till 5 pm. We are facing oxygen shortage. We have raised the several times. It is a question of lives,” said Cheema.

On May 12, 73 of the 119 ventilators were found defective at the Guru Gobind Singh Medical College (GGSMCH). As per the official sources, these ventilators are the same provided under the PM Care Fund.

On May 1, Punjab Health Secretary Hussan Lal had urged The Centre to repair the malfunctioned ventilators. “In view of the malfunctioning of the ventilators and some ventilators not even installed, non-availability of spares and consumables, the state is finding it difficult to manage serious COVID patients requiring ventilation support,” the letter read.

Last month, the Punjab government had claimed to have invested Rs 1000 crore to ramp up the health infrastructure. But with defunct ventilators, shortage of oxygen and less manpower, Punjab is finding itself in a difficult spot.

Shiromani Akali Dal (SAD) president Sukhbir Singh Badal has written to Prime Minister Narendra Modi over faulty ventilators saying, “I am sure you would agree with me that supplying defective and inferior quality ventilators during a time of national health emergency is a criminal offence. The company responsible for this should be booked and they should be proceeded against as per the law.”