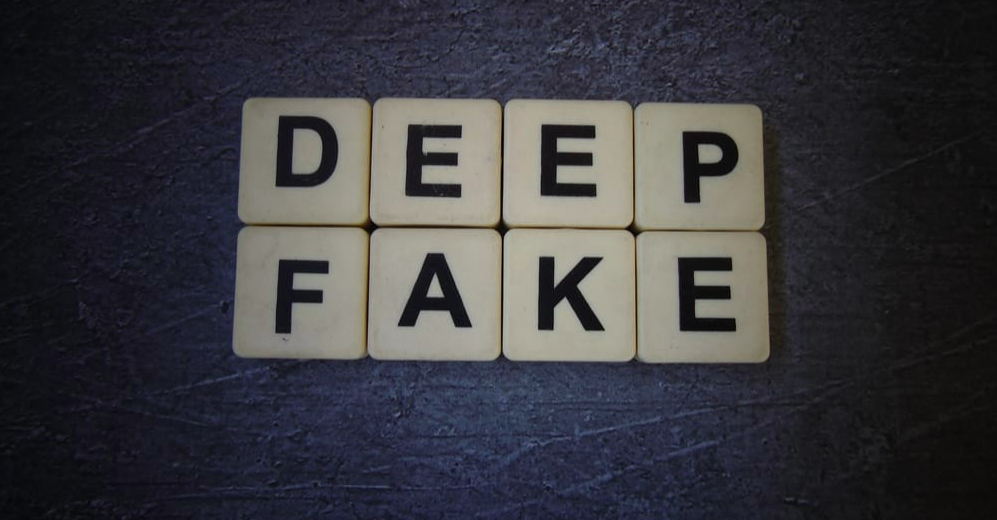 In the world’s largest democracy majority of the electorate are from rural background having no knowledge about deep-fake. Hence, use of this technology for election campaigning has raised the question in the mind of citizenry concerning its misuse to damage the ethos of democracy. The author is trying to address these concerns, putting emphasis on the legal aspect.

This article will address the challenges to the Indian legal system in combating deep-fake and a possible way to stop misuse of deep-fakes to protect ideals of Indian Constitution.

Imagine waking up to an unlikely possible scenario far away from the clutches of your thoughts. A public figure of your country, who speaks and sing in a particular language, is speaking in different languages, without putting an iota of efforts to learn them.

This happened in India on February 7, 2020, when two videos of BJP Delhi President, Manoj Tiwari, went viral through the magic of social media during the Delhi Assembly Election campaign. These videos consisted of a monologue on Citizenship (Amendment) Bill 2019 and its opposition by the Delhi Chief Minister, Arvind Kejriwal, in both Haryanvi and English language through the real video was in Hindi. This is the first instance when deep fakes hit Indian polity.

It may prima facie appear as non-threatening but the fact of those videos being deep-fake came to surface when BJP IT Cell chief himself revealed it. This particular incident did not witness its mention in the media until it was reported by The Vice and later few media houses raised concern over its widespread use in the future. Now imagine: What if our social media platforms are full of deep fakes declaring misinformation all over the social media. Every time your information stands in contravention to what you had the previous time.

How would you distinguish? The lack of answer to the question drops cornucopia of concerns. Usage of deep-fake is inevitable so is the misuse of the technology. This blog takes into consideration these concerns and tries to address them.

What is a deep-fake video?

In the simplest of language, a ‘Deep fake’ is a video with manipulated, audio and visual of an original video, produced through machine learning with an effort to make it appear as real as possible. The phrase ‘deep-fake’ is a combination of two terms “deep-learning” and “fakes”.

Chesney and Citron have described deep fakes as “digital manipulation of sound, images, or video to impersonate someone or make it appear that a person did something and to do so in a manner that is increasingly realistic, to the point that the unaided observer cannot detect the fake.

Owing to the kind of content that already exists, deep fakes are as of this date mostly used to produce fake news, pornographic videos of celebrities, hoaxes but can even be used to manipulate a person image. As a result, deep fakes possess unimaginable threats in numerous ways playing havoc with the country in the long run.

A threat to democracy

Deep fake is produced through artificial intelligence and possesses a lot of Socio-political risks, which may (if left to persist for long) make an elected government fall. As has been the case in Gabon, it led to the attempted coup of their government. With the progressing technology, witnessing perfect deep fakes, so real to be completely indistinguishable from the reality is not far.

A perfect deep-fake making facts hardly discoverable can be a threat to democracy, public safety and national security. Anyone wishing to gain from a situation can very easily turn the tide in their favour with the help of deep fakes.

Democracy is founded on the cornerstone of public participation, but how will we achieve its sanctity if this participation is based on such misinformation? The Apex Court in Secretary, Ministry of Information and Broadcasting, Government of India and Others v. Cricket Association of Bengal and Others, stated that:

‘Freedom of Choice’ is an element, which increases the value of participation. The Supreme Court in PUCL v. Union of India held that, “Democracy is all about choice. This choice can be better expressed by giving the voters an opportunity to verbalize themselves unreservedly and by imposing least restrictions on their ability to make such a choice.”

Free and fair elections help in electing a democratic government. Will an elected government be still democratic if the secured mandate comes from an electorate making decisions by believing on the contents of deep-fakes? Suppose at the time of the election, a video of confession of breaking out the recent riots gets viral on the internet (which is a deep-fake) and it misinforms electorate. Will that mandate hold the aspiration and beliefs of the electorate to sanctitude? This technology can dismantle other realm of the country as well. How can we continue to embrace the idea of democracy if we are unprepared in the world of deep fake? Absence of mechanism to deal with deep-fakes is only putting everyone and national security at risk to be victims of deep-fake with little possibility to vindicate themselves.

As per the report published by Microsoft, Indians have been subjected to fake news more than others. This report is proof of the circulation of misinformation among Indian netizens on large scale. Deepfake, apart from being a harmful tool for spreading misinformation, also serves as a tool for entertainment. It is also a way of expression guaranteed under Article 19 of the Indian Constitution. A complete ban on deep fakes is not a solution. These must be regulated by government media platform through the identification of deep fakes and punishment to stop misuse of the technology.

People can’t be entrusted for not using deep fakes in the court of law worsening the circumstances to our legal system as well. A combined reading of Interpretation clause of Indian Evidence Act, 1872 and section 2(1)(v) of Information Technology Act, 2000 purports that videos are information for the purpose of evidence. Its misuse is addressed by attaching the provisions dealing with misleading the court, Forgery for purpose of cheating as such video will be a forged.

Further, section 65B of the Evidence Act considers any information fulfilling to be computer output (in this case a video) shall be deemed to be also a document and cast duty on the person to submit a certificate as to the identification of information and device used. Further, for the purpose of the section information shall be taken to be supplied to a computer if it is supplied thereto in any appropriate form and whether it is so supplied directly or (with or without human intervention) by means of any appropriate equipment. With technological advancement, it may become possible to bypass the current technology used for determining genuineness.

It has also been settled in Google India Pvt Ltd. v. Vishakha Industries, the Supreme Court has stated that intermediaries are not any more immune from defamation under section 79 of the Information technology Act. These initiatives cast liability on the intermediaries for letting misinformation circulate.

For fighting against deep-fake, along with its identification, there have to be strict measures to deter offenders for creating content impairing society. The legal provisions that may cast liability on the creator are section 66D of the Information Technology Act punishing for cheating by personation by using computer resource & section 499 of the Indian Penal Code, 1860 for defamation.

468. Forgery for Purpose of cheating. — Whoever commits forgery, intending that the [document or electronic record forged] shall be used for the purpose of cheating, shall be punished with imprisonment of either description for a term which may extend to seven years, and shall also be liable to fine.

499. Defamation. — Whoever, by words either spoken or intended to be read, or by signs or by visible representations, makes or publishes any imputation concerning any person intending to harm, or knowing or having reason to believe that such imputation will harm, the reputation of such person, is said, except in the cases hereinafter excepted, to defame that person.

These provisions are not effective enough to dissuade people from making deep fake videos as these don’t provide a harsh punishment. The offences in the aforementioned provisions are all bailable in nature with punishment too short of being categorized anything but harsh to leading to limited deterrence. Also, these offences do not even get a mention in the Model Code of Conduct released by the Central Election Commission. Even the Representation of People’s Act 1951 is silent on it. This demand for serious inevitable action by the government and different social media platforms and tech companies to address the issue.

A deep-fake created with technology in its initial phase comes out to be so realistic defeating a normal rollover of eyes to discover its fakeness is terrifying. With improved technology, face-swapping in a video can be done conveniently by anyone. Taking assistance of deep-fakes for political campaigning has touched a new low and to stop it from turning worse in future, India should develop technologies and platforms for deep fake detection along with it bring amendment in its laws.

There are ample of method that can be used for detecting fake content. The common detection methods for bogus videos include Convolutional Neural Network, Long-Term Recurrent Convolutional Networks, Recurrent Neural Network and Long Short Term Memory by using frame features, eye blinking pattern, temporal discrepancies and temporal sequence analysis of the bogus videos respectively. There is also Capsule network that can be used for weeding out deep-fake videos. Moreover, as per a recent development an AI-driven neural network has been developed to detect bogus videos through pixel level as well as Adobe has developed a similar method to combat deep-fake video. A web program Reality Defender can be used as an application for detection purpose in smartphones. Afore-mentioned technologies can be used to weed out bogus videos in India.

Law can be used to shape society. Hence, it is vital that there should be a codified law on deep-fakes. In the alternative, rules can also be brought on the use of deep fake technology under the ambit of section 66D of the Information Technology Act, to restrain misuse of deep fake, for safe cyber environment. It can also bring amendment in Representation of People’s Act 1951, with regard to the misuse of deep-fakes. An online portal to identify deep-fake videos should also be set up by the government.

Apart from this, sensitizing, training and encouraging people not to misuse deep-fakes to misinform masses also digital as well as media literacy could be attached to the academic curriculum of schools as it will lead to a better understanding of the problems with the misuse of such technologies and put on paramount socio, political as well as economic concerns of the country.

[Gaurav is a third-year student at National University of Study and Research in Law, Ranchi]