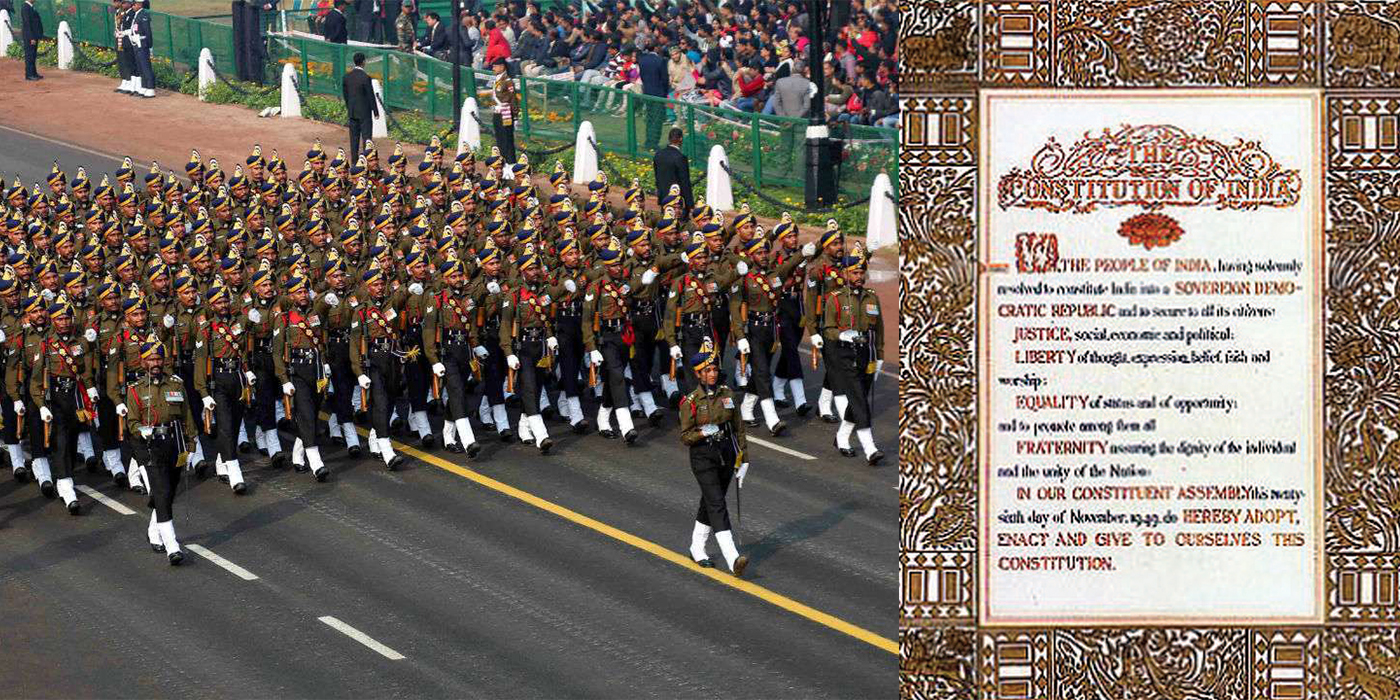 Declaration as Republic of India in 1950 versus gaining of Independence in 1947: What’s the difference?

The declaration as Republic of India upon gaining independence are two historic steps to separate India from both British imperialism, and the autocratic Princes.

At the outset, as the world knows, Great Britain peacefully transferred sovereign power, which it had acquired with regard to India and erstwhile Pakistan, by a legal instrument namely Indian Independence Act, 1947. The Act is undoubtedly a masterpiece by British Parliament, drawn in clear and lucid language, accomplishing the historic democratic task.

History reveals that the East India Company had acquired sovereign power over a vast territory of Indian subcontinent by a series of battles and wars. The Company also acquired suzerainty or paramountcy over 650 princes (who covered about 1/3 of present area of India and erstwhile Pakistan) who had surrendered their status either under threat of force or by sufferance and treaty. However, after the mutiny in the Army, Great Britain took over the territory by passing the Government of India Act in 1858. Thereafter, Great Britain had an iron grip over the Indian territory for long. But, the Imperial power finally bowed down to the nonviolent mass movement for self rule led by MK Gandhi.

Lord Mountbatten, who was the Governor General in 1947, finalised the plan known as “June 3 Plan”. Executing the plan, Lord Listowel who was last Secretary of States for India (a minister in British cabinet) introduced the Indian Independence Bill in the British Parliament on July 3, 1947, and it was passed on July 16, 1947. The Royal assent was granted on July 17, 1947, enforcing the Indian Independence Act, 1947.

The Act of 1947 envisaged firstly the establishment of erstwhile Pakistan on August 14, 1947. Secondly, which is important relevant here, both India and erstwhile Pakistan were granted Dominion status and the sovereign power of Great Britain over India and Pakistan was transferred to the Constituent Assemblies of India and Pakistan on August 15, 1947, making these Assemblies wholly sovereign legislative bodies to decide the future course for their respective territory including the right to terminate the Dominion status.

The Constituent Assembly of India finally exercised its option and enacted the Constitution of India on November 26, 1949 declaring the Dominion of India as Republic of India from January 26, 1950. By this second step, even the symbolic connection with Great Britain was severed.

The difference between the two has been a matter of debate. Some have gone to the extent of claiming January 26, 1950 as truly Independence Day.

When British Parliament transferred its sovereign power by Act of 1947, India and erstwhile Pakistan became the Dominion territories in International law. Even though, British Crown was still the head of the State, it was only symbolic with virtually no powers. Canada, Australia, New Zealand, etc., are still the Dominions of Great Britain but, none have said they are not independent States in the eyes of International law. They are members of the United Nations in their capacity.

India was free to terminate its Dominion Status under the Act of 1947 or otherwise on the very day it became Dominion on August 15, 1947, but it apparently decided to continue voluntarily. The reason we that the integration of Princely States would take time as these States initially agreed to accede on only three subjects , while retaining their internal sovereignty. But as soon as the integration process was completed, which was a gigantic task, the Dominion Status was severed and the birth of the Republic of India was declared by enacting the Constitution of India with effect from January 26, 1950.

The conclusion is that, on August 15, 1947 when Great Britain eschewed its sovereign power, India became a wholly independent nation in the eye of International Law. On January 26, 1950, on a declaration as Republic, India became a truly democratic nation by liberating itself from Princes in respect of their territory.