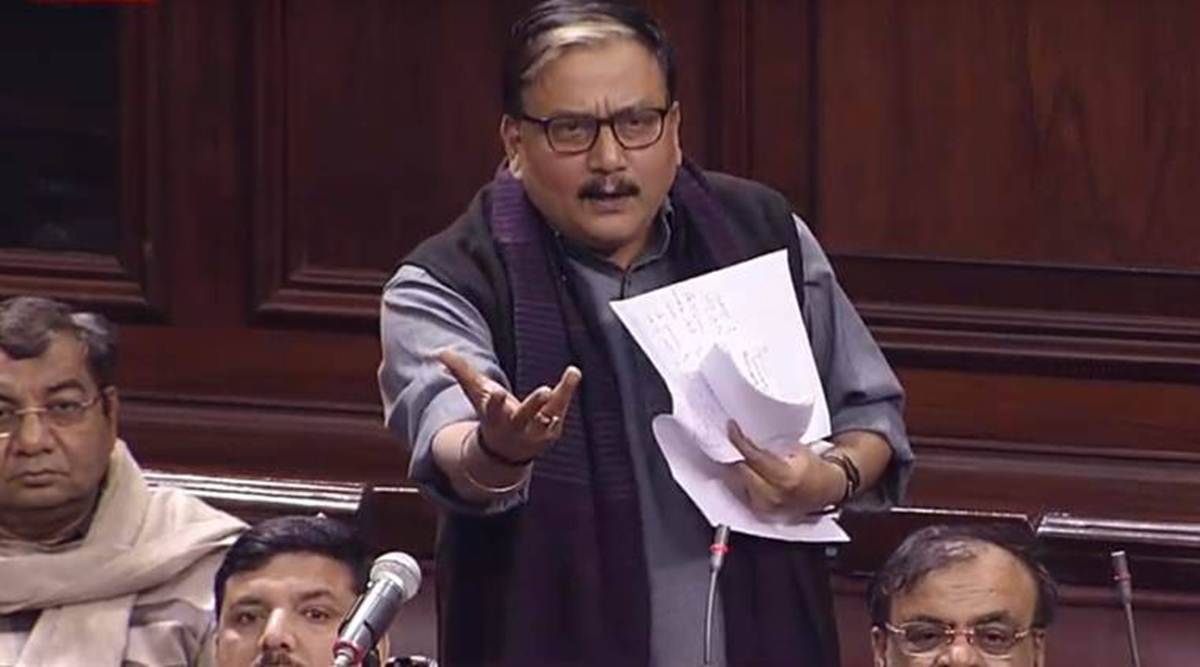 Deaths during second wave remains a living document of our failure: Manoj Jha in RS

During the Rajya Sabha proceedings, MP Manoj Jha called on the PM and the Parliament to apologise for the unrecognised deaths of people during the second wave. This viral video of Jha sparked debates and raised several important questions around the nation, writes Abhishek Anand.

THE Rashtriya Janata Dal MP, Manoj Jha recently remarked in the Rajya Sabha that the parliament owes an apology to each individual who lost their lives during the second wave of Novel Coronavirus in our country. He said these deaths that were not even counted are a “living document of our failure” and something that the future generations would never forgive the parliament for.

The Grief of Millions

The MP expressed his grief on the demise of two of his colleagues and former Members of Parliament, Raghunath Mohapatra and Rajeev Satav. He added, “Never in Parliament’s history, between two sessions, we have had to read obituaries of 50 people. Suddenly they are not there. This pain is personal, I don’t want to talk about numbers. My number, your number. Look for numbers in your grief.”

He added that in this moment of disparity, everyone has experienced the loss of their loved one.

“There is not a single person in the House, or the lower house, or outside of it who can say otherwise. The pain is there and I can tell you about that,” he said.

This statement came after the Central Government submitted a report to the Rajya Sabha claiming that there were no deaths due to lack of oxygen in the country on Tuesday. The MP highlighted the same and said, “People would call for oxygen. We could not arrange it. People think he is an MP, he will arrange oxygen. Out of a hundred phone calls, we succeeded twice or thrice. Who will tell us about numbers? We don’t want to talk about any numbers. We have to see that those who have gone have left behind a living document of our failure.”

Jha remarked that when he talks about the failure of the government, it is not only of the present government. But it indeed is the collective failure of all the formed governments since 1947. This helps raise the question of health and security. During the second wave, there was a mad rush for oxygen and Remdesivir. People who didn’t even know the pronunciation of the words were pulling all the stops to save their family, friends, and loved ones. How can someone talk about the numbers at the moment when the challenge is far from over?

On the large advertisements that claimed Free Vaccines, Free Treatment, and Free Ration, provided by the central government, he said, “I am not saying this as a representative of a party. I am speaking on behalf of lakhs of people who want to be heard here. This is a welfare state, right? If a poor person buys a bar of soap in a village, then he is as much a taxpayer as Adani and Ambani. You are telling him free vaccine? Free ration? Free treatment? Nothing is free. He has a stake. This welfare state has a commitment. Don’t denigrate that, don’t demonise him, don’t make him small. This is my request to you.”

A welfare state is essentially a form of governance in which the government is responsible for the protection and promotion of its citizens’ economic and social well-being. It is founded on the ideals of equal opportunity, equitable economic distribution, and public responsibility for those who are unable to get the bare necessities of life. The two major interpretations of this are:

This term was used in the context that the government keeps advertising their ‘free vaccine drive’ and different subsidies. Since we live in a welfare state, each individual has a stake in the state and in turn, the state has a commitment towards its citizens.

Amidst the pandemic, the healthcare system and the entire structure of workplaces have been put to test. He mentioned that the pandemic has posed tremendous challenges in front of us and we need new laws for the same. He suggested that:

He expressed his objection to the way people let go of their jobs in the hospitality sector. He said, “I raised their voice constantly. Nobody is listening. If you are not listening to a parliamentarian, then those small contractual workers who got turned away, who will listen to them?”

Who is the system?

In the discourses that have taken place during the pandemic, it has been constantly mentioned that the collapse of the healthcare framework is a failure of the system and not of the government.  He asked, “Sir, who is this system? Since our childhoods we have heard that behind a system is a person, there is an imagination behind a system. If the system has failed, whether in Delhi or in the lanes of a village, then the governments of that place have failed. Don’t call it a system. It is they who make the system.”

He concluded his speech by saying, “Today, even saying “Jai Hind” doesn’t bring the same joy it did in normal days. I did not complain once. Not to anyone. Who could I complain to? I am pained. I want to wake myself and you up. The floating bodies in the Ganga…If there’s a need for dignity in life, there’s an even greater need for dignity in death. We have witnessed undignified deaths. And if we don’t address this, our future generations will not forgive us. You publish large advertisements, fill four pages of a newspaper to say thank you this, thank you that. We should get the chance to say thank you to history. If anyone is pained by my words, I ask for your forgiveness on behalf of those lakhs of people who have died.”

The speech became viral after it was shared online by Brut India, a digital video publisher. The video has been shared heavily on social media.

After a long time, a politician has become a ‘true representative’ of people’s thoughts and grief. The speech conveyed the emotions that the entire country went through during this nightmare of a period.