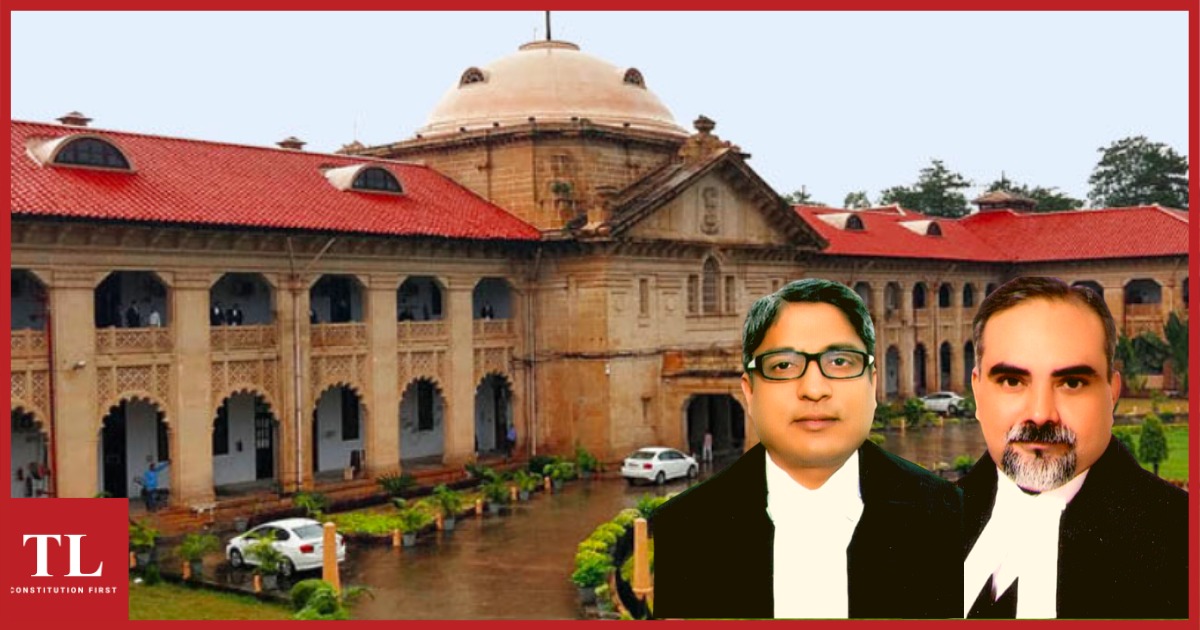 Death due to lack of oxygens is genocide by those responsible for ensuring its procurement and supply: Allahabad HC

THE Allahabad High Court Tuesday said the death of Covid patients only because there was no supply of oxygen to hospitals was a criminal act and no less than a genocide by those who have been entrusted the task to ensure continuous procurement and supply chain of the liquid medical oxygen.

“How can we let our people die in this way when science is so advanced that even heart transplantation and brain surgery are taking place these days”, an anguished bench of Justices Siddhartha Varma and Ajit Kumar said in the suo motu case regarding Covid19 management in UP.

The bench directed the district magistrates of Lucknow and Meerut to inquire within 48 hours into news items showing the death of Covid patients due to the lack of oxygen.

It added the news was that five patients had died in ICU of a new trauma centre of Medical College, Meerut on Sunday last had also gone viral. Similarly, news that Sun Hospital, Gomti Nagar, Lucknow and another private hospital at Meerut had stopped treating admitted Covid patients because, no oxygen had been supplied despite their demand, had gone viral on social media.

These news items, the Court said, showed a picture that was quite contrary to the one put out by the government that there was sufficient supply of oxygen.

The court also chided the state election commission, which was before it for “harping” more on the correctness of news items that 135 teachers, Shiksha Mitras and investigators, who were assigned election duty, had died due to Covid19.

“From the recitals as have come up in the letter dated 28th April 2021, we find that the emphasis was more upon the correctness of the news item of which we had taken judicial notice than verifying the number of deaths”, the court said.

It warned the state election commission that any slackness on their part on this issue will not be tolerated.

The court also summoned the CCTV footage of the designated counting areas and centres relating to Lucknow, Prayagraj, Varanasi, Gorakhpur, Ghaziabad, Meerut, Gautam Buddh Nagar and Agra, adding that if the commission itself finds from the CCTV footage that there has been a clear violation of the Covid-19 protocols and guidelines, it should come up with action plan in that regard.

The court was informed that Covid protocols were flouted even during the counting of votes of gram panchayat elections, that people had gathered in huge numbers at the counting centres and election officers and the police administration had failed to ensure the compliance of Covid guidelines.