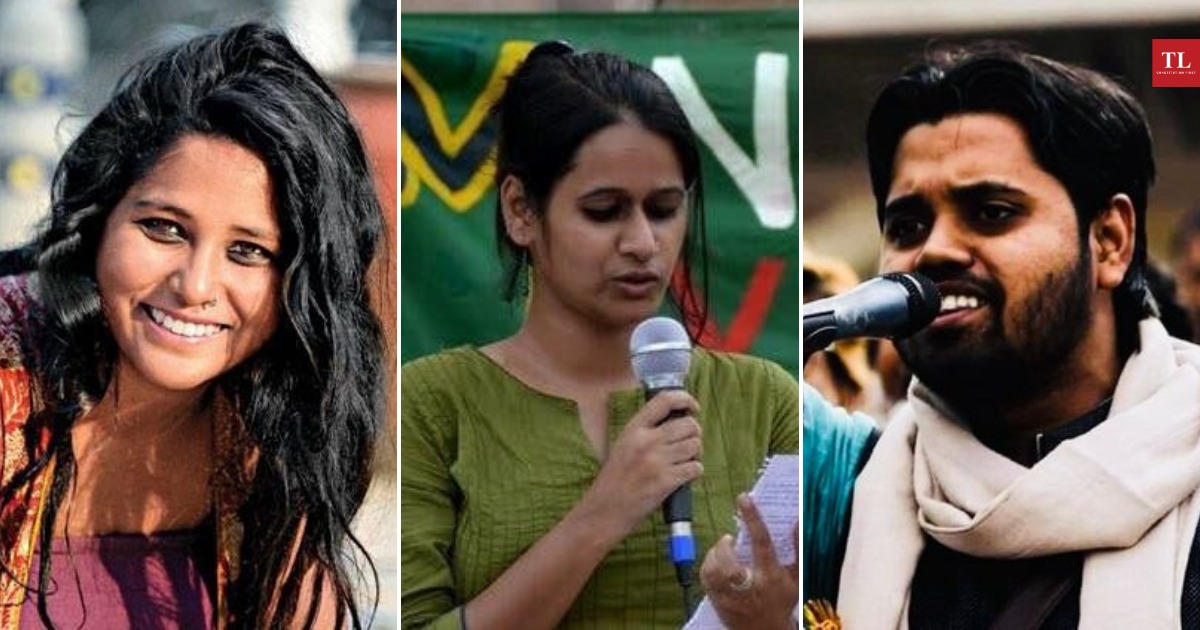 A day after the Delhi High Court granted bail to Asif Iqbal Tanha, Devangana Kalita and Natasha Narwal in the Delhi riots case under the Unlawful Activities (Prevention) Act, they are yet to walk out of jail as the lower court, citing paucity of time, deferred the order on their release till tomorrow.

The Delhi police filed an application seeking more time to conduct a verification of the addresses of the accused persons and their sureties.

Delhi riots accused #NatashaNarwal, #AsifTanha and #DevaganaKalita to remain in jail as a lower court defers the order on the verification of sureties till tomorrow pic.twitter.com/JaWqF2XUGZ

Meanwhile, the Delhi police has also filed an appeal against the high court order granting them bail. It is learnt that the police has contended that the high court had not only conducted a mini-trial but had also recorded perverse findings which were contrary to the record and the arguments made during the hearing of the case for them to arrive at a finding that the case under Sections 15,17 and 18 of UAPA was prima facie not made out against the three.

It added to establish that the present case was one of protest and an attempt by the government to suppress dissent, the high court had also read down the provision of UAPA, especially the definition of terrorism contemplated in Section 15 of the Act.

The high court held that provisions of UAPA could only be applied to deal with matters of profound impact on the ‘Defence of India’, nothing more and nothing less. The police has submitted that this was an irrelevant consideration to grant bail to the accused, and that it would have far-reaching consequences for cases investigated by the NIA and other investigating agencies.

The high court had said notwithstanding the fact that the definition of ‘terrorist act’ in section 15, UAPA was wide and even somewhat vague, “the phrase must partake of the essential character of terrorism and the phrase ‘terrorist act’ cannot be permitted to be casually applied to criminal acts or omissions that fall squarely within the definition of conventional offences as defined inter alia under the IPC.”

The court went on to state, “…In its anxiety to suppress dissent… the State has blurred the line between the constitutionally guaranteed ‘right to protest’ and ‘terrorist activity.

It added the “Allegations relating to inflammatory speeches, organising of chakka jaam, instigating women to protest and to stock-pile various articles and other similar allegations, in our view, at worst, are evidence that the appellant participated in organising protests, but we can discern no specific or particularised allegation, much less any material to bear out the allegation, that the appellant incited violence, what to talk of committing a terrorist act or a conspiracy or act preparatory to the commission of a terrorist act as understood in the UAPA”.