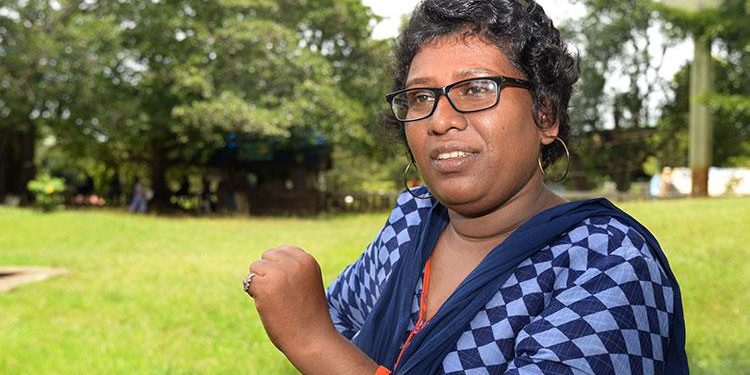 THE Kerala Government has been served a legal notice by social activist Bindu Ammini, who was assaulted by an unknown man in Kozhikode last week. Bindu is the first Dalit woman who entered the Sabarimala temple in 2019 following the Supreme Court’s historic verdict opening the doors of the temple for women of all age groups. Since then, she has been attacked several times in public.

In January 2019, the Supreme Court had directed the Kerala Government to provide round-the-clock adequate security to two women, Bindu and Kanakdurga. This followed after their advocate Indira Jaising told the Court that ever since those two have visited the Sabarimala temple, they were facing threat to their life and liberty. The duo had also raised the issue of ‘purification’ carried out by the Thantri of the Sabarimala temple after they had entered the temple.

Despite the Court’s order granting protection to the activists, she was again attacked physically last week. In a legal notice served to the Kerala Government through Advocate-on-Record Prashant Padmanabhan, Bindu has alleged that after the unilateral withdrawal of police protection in breach of the Supreme Court’s order, she has become vulnerable to attacks.

Bindu has given details of two recent attacks on her.

On December 18 last year at around 9:20 pm, when Bindu was going to her home, an autorickshaw driven by an unknown person, came in front of her and hit her badly and left. The legal notice states that Bindu suspects it was done by right-wing elements who were inimical to her because she visited Sabarimala temple to take darshan as permitted by the Supreme Court. When she called the Station House Officer of Koyilandy Police Station and requested for an ambulance to go to the nearby hospital, she complained that the police treated her request in a casual manner.

Again on January 5 this year, when Bindu was going to meet her friend, she was attacked near Neerai Hotel, Kozhikode North Beach by a local right-wing leader. Some of those video clips were recorded by an onlooker and handed over to her. Bindu has alleged that the wife of the said accused has filed a false case against her.

Bindu states that about half an hour before the latest incident, she had informed the likelihood of such an attack, to the police officer in the Koyilandy Special Branch. However, the police acted irresponsibly even after such an incident. She, in her notice, added that despite the fact that she comes from a Dalit family, the police did not invoke the charges under the Scheduled Castes and Scheduled Tribes (Prevention of Atrocities) Act, 1989 against the accused persons. She has also alleged hostile treatment meted out to her on the part of the police. She says the  ‘writer’ in the Police Station was totally unfriendly and he plainly refused to write down her oral statement despite her showing the wounds in her hand.

“My client has lost confidence in the ability of the local police to protect her.  The police seems to be acting under the unwritten orders of the ruling establishment not to provide security to my client and will seek appropriate directions from the Hon’ble Supreme Court of India.   You may kindly note that failure to comply with the Orders of the Hon’ble Supreme Court will invite further legal action against you, for the cost and consequences of which, you will be solely liable”, reads legal notice sent by Advocate Padmanabhan to the government officials.