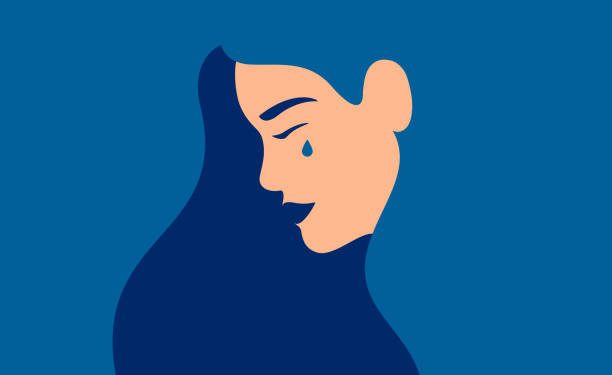 The Supreme Court’s judgment delivered last month in Meera vs. State by the Inspector of Police, Thiruvotriyur Police Station, Chennai is quite progressive, but in placing a greater duty of care for women on other women, seems to ignore gendered power dynamics in patriarchal families, writes ANNA A. OOMMEN.

IN its judgment in Meera vs. State by the Inspector of Police, Thiruvotriyur Police Station, Chennai delivered on January 11, a two-judge division bench of the Supreme Court, comprising Justices M.R. Shah and B.V. Nagarathna, upheld the conviction of an 80 year old mother-in-law under Section 498A (husband or relative of husband of a woman subjecting her to cruelty) of the Indian Penal Code [IPC]. The sentence granted by the High Court of Madras was, however, reduced from one year’s rigorous imprisonment to three months’ rigorous imprisonment, in consideration of her advanced age.

Facts of the case, and its judicial journey

The facts in this case relate to domestic violence in a household where the victim was residing with her parents-in-law, while the husband lived and worked abroad. The victim was subjected to cruelty by her mother-in-law for “want of jewels” and for “not adorning jewels”. Additionally, there was evidence of altercations, because the victim did not want her husband to live abroad. Facts recorded in the judgement indicate that the victim committed suicide by setting herself on fire, due to the torture and ill-treatment by her mother-in-law. A complaint was filed by the victim’s mother against the mother-in-law, father-in-law, husband and sister-in-law under Sections 306 (abetment of suicide) and 498A of IPC.

The trial court acquitted the father-in-law, while convicting the remaining three accused. The subsequent acquittal of the husband and sister-in-law by the Madras High Court was upheld by the Supreme Court, because there was no material evidence connecting them to the complaints under sections 306 and 498A of the IPC. In the present case, the Supreme Court bench was hearing the mother-in-law’s appeal against her conviction.

In sentencing the mother-in-law, the Supreme Court conveys an unambiguous message that cruelty against a daughter-in-law must not go unpunished, despite the mother-in-law’s advanced age or any delays in trial.

The statement given by the victim to the doctor before she succumbed to her burn injuries, and deposition by her mother, father and sister established the mother-in-law’s guilt. Since there was no evidence to support her conviction for abetment of suicide, the complaint under IPC Section 306 was not pursued. In sentencing the mother-in-law, the Supreme Court conveys an unambiguous message that cruelty against a daughter-in-law must not go unpunished, despite the mother-in-law’s advanced age or any delays in trial. The judgement notes that, “at the time when the incident occurred, the appellant was approximately between 60-65 years… merely because long time has passed in concluding the trial and/or deciding the appeal by the High Court, is no ground not to impose the punishment and/or to impose the sentence already undergone. It is to be noted that the appellant – mother-in-law is held to be guilty for the offence under Section 498A of IPC”.

Also read: Supreme Court modifies its own 2017 ruling that had ordered constitution of ‘family welfare committees’ to look into veracity of Section 498A (cruelty/dowry) complaints

Contrast with Shanti vs. State of Haryana

In the case of Shanti & Anr. vs. State of Haryana, decided by the Supreme Court in 1990, the daughter-in-law was residing with the mother-in-law and sister-in-law, who treated her with cruelty for not bringing a scooter and television as part of her dowry. The victim was murdered and cremated by her mother-in-law and sister-in-law with the help of three other persons. The trial court convicted the mother-in-law and the sister-in-law under Sections 304B (dowry death), 201 (causing disappearance of evidence of offence, or giving false information to screen offender) and 498A of IPC. The High Court of Punjab and Haryana set aside the conviction under section 498A, stating that sections 304B and 498A are mutually exclusive. The Supreme Court, however, held that the High Court’s view was not correct, and that both sections cannot be held to be mutually exclusive, noting that one can be convicted under both section, though no separate sentence needs to be awarded under section 498A, in view of the substantive sentence being awarded for the more serious offence under section 304B.

In contrast, the present judgement is striking in so far as the Supreme Court does not demonstrate any leniency towards the mother-in-law on grounds of gender, though it does so in view of her age, stating in no uncertain terms that the offence of cruelty is more serious when committed by one woman against another woman.

The judgement thus raises certain pertinent questions: Must a duty of care and compassion towards a woman necessarily lie on other women? While the Supreme Court notes that it is not just the duty of the mother-in-law but also the duty of the ‘family’ to take care of the daughter-in-law, there appears to be no reference in the judgement to whether the husband or the father-in-law tried to protect the victim from the abusive mother-in-law.

The judgement raises certain pertinent questions: Must a duty of care and compassion towards a woman necessarily lie on other women? Why should violence by a woman towards another woman be perceived as a graver offence?

Further, Supreme Court’s observations on cruelty by one woman against another, as a “more serious offence” raises contentious issues: Why should violence by a woman towards another woman be perceived as a graver offence? In a patriarchal family structure, not only is the daughter-in-law in a position that is subordinate to the male members of the household, so are all the other women who were a part of the household before the daughter-in-law joined her matrimonial home. The power struggles between two or more women in a household, where one asserts dominance and control over the other, must be recognised within the larger patriarchal family structure.

While the judgement in its discussion has emphasized and acknowledged the impact of the relationship between a mother-in-law and daughter-in-law, the critical question of gendered power dynamics in families deserves further research and deliberation.

(Anna A. Oommen is an LL.M. student at Jindal Global Law School, O.P. Jindal Global (Institution of Eminence Deemed to be University), Sonipat. The views expressed are personal.)