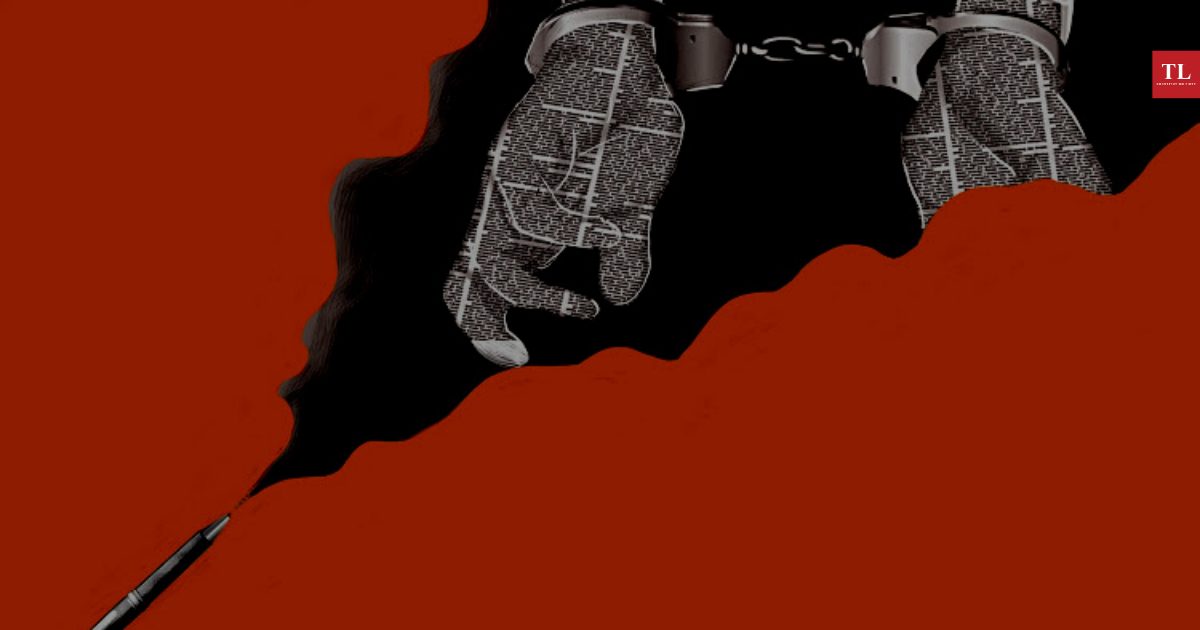 Journalists are increasingly coming under threats of sedition charges being filed against them for the truths they expose. It was Socrates who had said that those who critique the society, deserve not poison but protection, writes KRISHNA JHA.

THE charge of sedition, 124 A of the IPC, which has been authorised to punish up to life long incarceration, envisages is extremely brutal punishment. It symbolises not power, but insecurity. The British colonial regime had passed the act in 1870 to kill any patriotic fervour gripping the masses to keep its hold intact. The act was scrapped in Britain, but ironically, our country continues with it, though we are now a sovereign democratic republic.

Slapping a sedition case has become so common that any negative criticism of government policies is made to come under it. Talking or writing about the floating bodies in the rivers or a snapshot published in a newspaper of someone throwing the physical remains of a dear one from a bridge in some stream which is a statement on the state’s handling of the epidemic, may be charged with sedition.

It was in the context of such undeserving tragedies, that Justice D Y Chandrachud, heading a three-member bench in the Supreme Court, had said on May 31, 2021: “It is time now to define what is Sedition and what is not.”

Also read: Decoding the history of Sedition law in India

This was in the light of the research group findings that pointed out that the number of sedition cases has risen in the last decade especially beginning from 2014.

The recent flood of alleged Sedition charges has shown how desperate the NDA government has been. Exasperated, the apex court has quashed the charges of sedition filed against the television anchor and Padma Shri awarded journalist Vinod Dua who criticised the government’s handling of Covid 19 cases as he was visiting to cover the pandemic conditions in the hills of North India. A senior BJP leader had filed a case against him.

The court also stated that all journalists are protected by the Kedar Nath Singh judgment, which has restricted the power of the 124 A of the IPC or the sedition law. Now it can only be imposed when there is the involvement of arms. The journalists covering the incidents involving farmers during January 26, 2021, like Rajdeep Sardesai, Mrinal Pandey, and others may be relieved after the ruling of the apex court though one never can be sure about the turn it could take. It is also not yet clear how far the implications would be favorable for those others from the same tribe.

In the states ruled by the BJP, the sedition charges have been slapped quite liberally.

The agitations, against Citizenship Amendment Act that spread all over the country, was one such instance. At least 25 sedition cases were filed and 22 of them were in BJP ruled states, and many of them were against journalists. According to the database, the most affected states have been Bihar, Jharkhand, Tamil Nadu, Karnataka and Uttar  Pradesh. Under sedition law, not less than 534 cases have been registered and 65 percent of them are from these states.

Also read: Sedition law has no place in a democratic society

Accusing journalists of sedition is an expression of insecurity as the state is itself passing through a deep uncertainty. There are explicit signs of distress as the Supreme Court pointed out saying that the State has become more fragile than it was.

According to the research groups, surveys are making more exposures than even journalists. The downward journey of the system continues.

The court has questioned not only the slapping of sedition charges against those who bring to light the gruesome fault lines of the system but also its vaccine policy and even the ‘thinking’ behind it, as it is sarcastically said. The Delhi high court has said that officers who not work towards securing vaccines for the suffering and refuse to take steps to speed up its production should be charged with manslaughter.

Also read: The necessity of Dissent in a Liberal Democracy

So far as the journalists are concerned,  reflecting the truth is not necessarily pleasing to the powers that be. They run the risk of getting penalised as their exposes are what the system wants to hide. Most of the sedition cases, in their inglorious history, prove the same.

One example is about exposing the atrocities committed against the CAA agitators, as they are denied not only citizenship but are separated from family and stand unemployed.

Then there are rebel farmers sitting on dharna for the last six months with no one to listen to their demands. This is just the tip of the iceberg.

History is witness to so many daring truths by journalists. One such journalist was Bal Gangadhar Tilak who faced not one but several sedition charges in his life. He wrote against the British rule in Kesari and Mahratta, both brought out by him. Then there were the reports on Mahatma Gandhi after the non-cooperation movement launched against the British government and withdrawn after the Chauri Chaura incident, welcoming the sedition and the resultant punishment. All these are the beacon lights in the performance of journalism and the validity it has.

It was Socrates who had said that those who critique the society, deserve not poison but protection. (IPA Service)