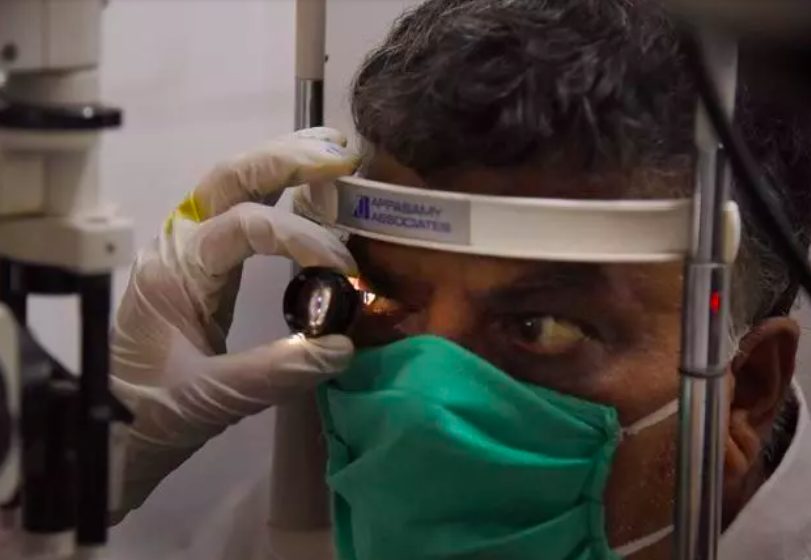 Secondary infections pose a great threat during the treatment of any disease, sometimes these become more complicated than the disease itself. Recent instances of such secondary infections caused serious panic in India when mucormycosis cases amongst COVID-19 patients surged unprecedentedly. The fungal disease had to be declared an epidemic in many states of India with severely high mortality.

A study was conducted during September-December 2020 spanning 16 hospitals across the country, including AIIMS (All India Institute of Medical Sciences), Delhi and PGIMER (Post Graduate Institute of Medical Education and Research), Chandigarh. Led by Prof. Arunaloke Chakrabarti of PGIMER, the study was recently published in the journal, Emerging Infectious Diseases’.

The study concluded that there was over two-fold increase in mucormycosis during the study period compared with same period in previous year. Among the mucormycosis cases 65.2% were found to be associated with COVID-19. The study also concluded that COVID-related hypoxemia (low level of oxygen in blood) and improper use of steroids (for example, glucocorticoid) were independently associated with the COVID-related mucormycosis.

Chakrabarti spoke with NewsClick and explained the dangers and an emergency clinical situation for a patient who has been attacked by fungi belonging to the ‘mucor’ group that cause mucormycosis. He also explained the relation of mucor with other microbes, like bacteria and virus.

“Mucor fungi are so aggressive that they hardly give any time to other bacterial or virus to produce any infection. Generally, mucor does not precipitate any secondary bacterial infection. Mucors enter the blood vessels and cause necrosis, which is premature death of cells in living tissues. These fungi primarily target the lung, but through blood vessels they can also migrate to other vital organs—heart, brain and the kidney.”

He said: “The fungi produce big abscesses (accumulation of pus in tissues) in these vital organs, for example, in the heart these can cause abscess and similarly in the brain, too. Again, in the kidney, these can cause infarction (tissue death due to inadequate blood supply to an affected area) and stops kidney function. The abscesses don’t have bacterial infections. Mucors are not exactly associated with secondary bacterial infections”.

Chakrabarti  also explained the reason for high mortality associated with mucormycosis. “The main concern in mucormycosis is that it has to be treated at the earliest, a delay of even a day or two can be very dangerous. Patients come to us late, and that is one of our primary concerns. You have to do the surgery fast to remove the necrotic material,” he said.

He also pointed out lack of experience in handling of the disease and scarcity of knowledge about this fungal infection in the country. “We have very less training in dealing with fungal infections, whether it is in the MBBS course or MD courses. In one of our surveys in nine countries across Asia, 60% of those treating the infection, don’t have any formal training in how to manage it,” he added.

Citing some examples, Chakrabarti said: “Now cases are coming where ENT surgeons are treating such patients. It is generally advisable that these patients are taken care of by infectious disease specialists or medicine doctors who are better in managing such diseases. Again, in some cases, patients go to dental surgeons (mucormycosis patients also can get loosening of teeth). Dental surgeons can do the surgery but the medical treatment should be done by the doctors who are trained for managing mucormycosis”.

However, he noted that one good thing was that now doctors had started reducing the use of steroids, which could be one of the major reasons for mucormycosis cases going down.

Chakrabarti also suggested there should be a two days training to the microbiologists in standard laboratories across the country, in every state, to train them up for diagnosis. However, this might not be so easy, he added.

However, mucormycosis is not the only secondary infection that is posing a challenge to doctors in the treatment of the COVID-19 patients. Recently, there was another study of secondary infections among 17,534 patients hospitalised COVID in 10 hospitals across the country between June and August 2020.

NewsClick also spoke to Prof Satyajit Rath, eminent immunologist and adjunct faculty of IISER, Pune. On the possibility of secondary infections ,Rath said: “It is the case that, in many instances of lung inflammation, or pneumonias, of viral origin, many other microbial agents of lower virulence can find the space to grow in, for example, the inflammatory fluid that accumulates. There is some reason to think that this was true in the 1918 flu pandemic, and that many people died of such ‘secondary’ bacterial infection during that pandemic. Also, in the current pandemic, it is not only mucormycosis that is showing up as such a ‘secondary’ infection; other fungal infections, such as aspergillosis, are also being seen, as are bacterial secondary infections.”

“In fact, I think the reason that mucormycosis has become so much discussed is in part because it infects the sinuses and causes dramatic symptoms around the sinuses and eyes, quite separate from the persistent and/or worse lung inflammation symptoms that many other such secondary infections cause,” he added.