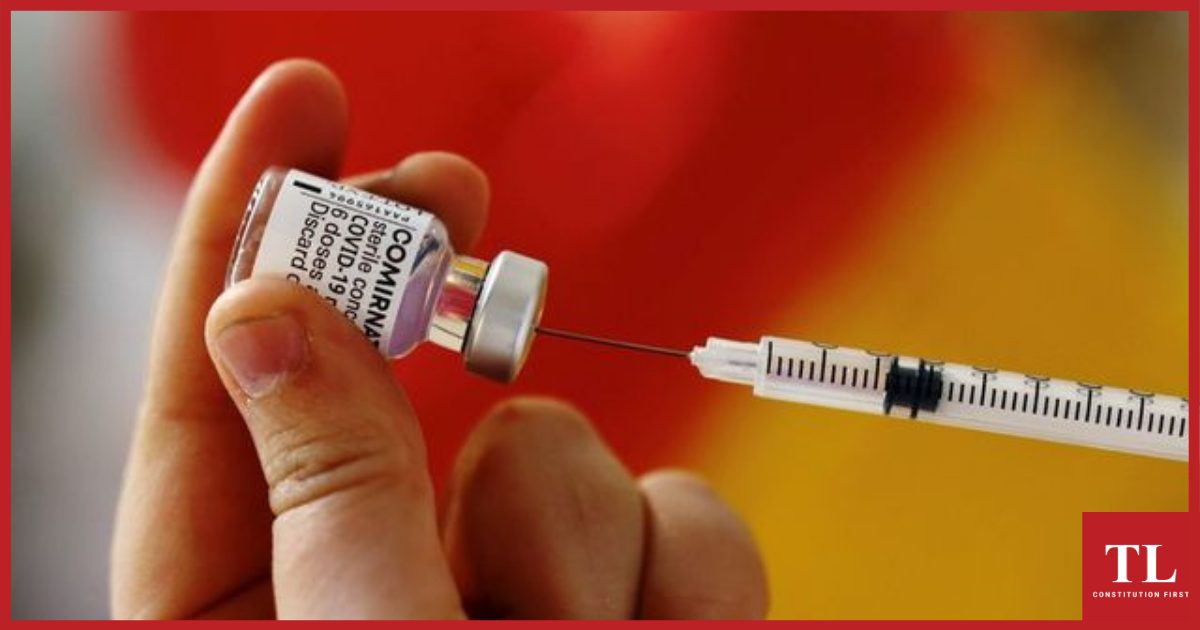 Representative Image.
Access to MedicineCoronavirus and the LawCOVID-19Intellectual Property Rights

While the US support for even a temporary waiver on the Covid-vaccine patent must be welcomed, one cannot be too sanguine about its effects in restraining the second or the third surge of the Coronavirus disease all over the world, including India. In fact, there should be no patents at all on all drugs developed for major diseases, argues PRABHAT PATNAIK.

ON October 2, 2020, even before any vaccines against Covid-19 had been approved, India and South Africa had proposed to the WTO that a temporary patent waiver should be granted on all such innovations.

In the following months, 100 countries had supported this demand. And on May 5, the United States, usually the most ardent defender of the patent system, agreed to a temporary patent waiver on anti-Covid vaccines, committing itself to “text-based negotiations at the WTO”.

The basic argument for such a move arises from the urgent need at present to expand vaccine production.

A patent works by creating artificial scarcity so that prices are kept high for a longer period and the innovating firm can make profits that are supposedly large enough to recoup the investment made in developing the patented product.

However, the scarcity of vaccines is precisely what the world can ill-afford at present. When thousands are dying around the world, saving lives has priority over firms’ profits, for which patents on vaccines must be removed.

But then are we having a conflict of objectives here, that in our desire to save lives we are choking off the stimulus for vaccine development by denying adequate rewards for the innovators? The answer is a resounding “no”, because the anti-Covid vaccines have been developed not by private firms putting their own money into the innovation but by governments putting taxpayers’ money into such research and development.

AstraZeneca produces a vaccine (which we call Covishield) developed by researchers at Oxford University that was funded by the British government.

Likewise, the Moderna vaccine was created by the investment of US tax-payers money by the government (as was India’s Covaxin, with government support from budgetary resources).

The argument about firms being protected through patents to earn enough to recoup the money they have spent in developing the vaccine is a specious and self-serving one; the money spent has been from public resources.

But then, it may be asked, even if the money spent on innovating the product may have been from public funds, shouldn’t the firms producing the vaccine be allowed to earn enough to recoup the investment made in setting up such production? The simple answer is that they are already earning enough, in fact far more than enough, to recoup their investment in setting up vaccine-producing capacity.

In fact, their very insistence on retaining patents is an indicator of this, for in the absence of patents, they fear, more firms will set up capacity to increase vaccine supply.

So, the entire argument advanced for retaining patents for Covid-vaccines is based on a tissue of falsehoods; the sole point in advancing such an argument is to protect rampant profiteering by a few drug multinationals who are cashing in on people’s distress during the pandemic.

Profiteering is massive: Pfizer for instance made a profit of $3.5 billion in the first quarter of 2021 alone.

It may be thought that even though patents may not be required for propping up private profits to recoup expenditure on innovations as such expenditure is largely incurred by the government, there should be some means of recovering this expenditure for the government. Patents could help in this. One can respond to this argument in four ways.

First, patents that boost private profits do not yield any revenue to the government and hence do not entail any compensation for the people at large whose taxes go towards developing the innovation; on the contrary, patents mean high prices for the vaccine even for the people of the country itself. They hurt the domestic population as much as they hurt populations abroad.

Second, the reason, why governments finance research for developing vaccines, is because such development benefits the people of the country.

But these benefits are not exclusionary. For example, the production of vaccines, in India was made possible by the removal of patents and that does not come at the expense of the American population if the innovation occurs in America. So, there is no conflict of interest between saving Indian lives and saving American lives.

Thirdly, on the contrary, there is a complementarity of interests, in the sense that the American population cannot be safe as long as the Indian population remains open to virus infection.

Tax revenue gathered from the people of one country to finance the development of a vaccine that can be freely produced elsewhere does not, therefore, represent a drain on these people.

Fourthly, this is a point that the people in the advanced countries themselves understand clearly. In fact in the US 69 percent of the population according to a survey believes that there should be no patents on Covid vaccines as opposed to only 27 percent which favours patents.

It is this mood that must have persuaded US president, Joe Biden to favour a temporary waiver of the patent on Covid vaccines. It was of course his campaign promise, and the Left in the US whose support Biden relies on has always pressed for it. But the mood among the general public must also have been a factor behind his decision.

There is however strong opposition to any such waiver not only among the drug multinationals but also among other advanced capitalist countries.

Germany in particular has opposed it strongly as have others in the EU. Because of this opposition, the prospects of such a waiver coming through in the near future appear bleak.

Some cynics have even suggested that Biden’s support for a temporary waiver was a calculated move that was made in the full knowledge of the fact that it would make very little material difference: there would be prolonged negotiations at the WTO over such a waiver and numerous roadblocks will come up along the way.

Curiously, however, the Indian government has expressed itself against compulsory licensing, preferring instead to try “diplomatic channels” to persuade recalcitrant advanced countries to agree to a patent waiver.

What it does not seem to care about is that even if some sort of agreement is reached on patent-waiver, it will be after months by which time the country’s death toll could even have reached a million. The Modi government’s inhumanity is boundless.

Leave aside issuing compulsory licenses on vaccines that are developed abroad. The Modi government has even refrained from taking out a compulsory license on Covaxin, which is developed within the country, and that too with government funding. Instead, it still allows Bharat Biotech to be a monopoly producer of this vaccine and even doles out public money to this private company to the tune of Rs 1,500 crores to expand capacity so that its monopoly position remains intact!

It has similarly doled out Rs 3,000 crores to the Serum Institute of India to expand capacity while keeping its monopoly position as the producer of Covishield intact!

It must be a totally unprecedented phenomenon for a government to be so solicitous of monopoly interests that it ignores the people who are facing the worst health crisis in over a century. (IPA Service)