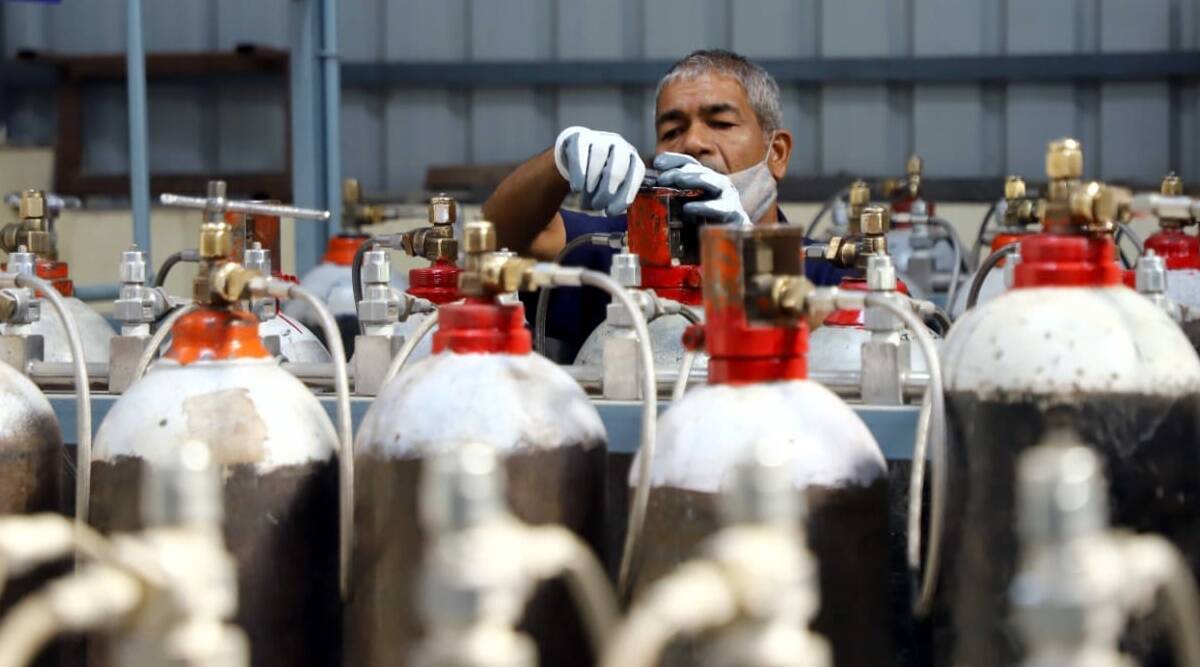 Covid aftermath: Government lives in denial of thousands dying due to lack of oxygen

The government’s recent claim that no one died due to lack of oxygen during Covid seems preposterous to volunteers who saw the horrifying dance of death as people gasped for breath and died due to this very reason. The months of April-May 2021 still haunt many volunteers and one of them in Odisha, SAMRIDDHI SAKUNIA, pens a heart-rending piece about those tumultuous times.

THE second wave of Covid saw the black marketing of oxygen cylinders, hospitals putting out SOS notices for them and volunteers desperately seeking them to helping those in need. Yet, the government failed to act or acknowledge that there had been deaths across the country due to the shortage of oxygen.

The number of SOS calls I was tagged on as a Covid volunteer in Odisha was endless in April and May. I was helping people get hospital beds, oxygen cylinders and other paraphernalia that the government should have provided.

Like me, there were thousands of others helping the country heal and yet feeling overwhelmed.

The second wave didn’t just hit families, but disrupted their hearts, lives  and the healthcare system. Two months down the line, while the SOS calls for oxygen cylinders and beds might have come down, families who lost their loved ones are still mourning.

The onus for the mishandling of Covid lies at the door of the government, but for it to say that no deaths happened due to lack of oxygen is like adding fuel to the fire.

Anjali Gupta, the wife of Sashwat Vikram Gupta, joint director “AAJ” newspaper, shares how she saw her husband gasping for oxygen. “I have seen patients gasping for oxygen because the hospital had switched off the supply. I have seen them dying and crying because the hospital had no oxygen supply. The tough time that I went through is beyond the government’s imagination,” said Gupta. She eventually lost her husband because of oxygen shortage and hospital negligence.

Her husband had felt feverish and had breathing issues as he was a diabetic. On April 21, he was shifted to hospital. After two doses of Remdesivier injection in the night, his condition became better and oxygen saturation level became normal (95-97%).  The next morning,  oxygen supply was shut by the hospital.

“Post that night, I was informed that patients were gasping for breath. I rushed to the hospital and was asked to take the patient back. After they learned that my husband and I were from a media background, they started harassing me and asked us to leave,” claimed Gupta.

Saurabh Srivastav, Varanasi’s MLA, helped the family get a bed in Medicity Hospital. But after the hospital authorities learned of Sahwat’s media connections, they started mounting pressure on his wife to get him discharged. She claimed: “There was no way anybody could get an RT-PCR done in Varanasi. The system was so out of track that even though I contracted Covid and recovered, test results showed that I was positive.”

Her husband was then shifted to Heritage Hospital, renowned for Covid care. “Heritage Hospital was adamant about not sending an ambulance for my husband and I stood there with his mask connected to a cylinder. From morning till evening, I stood there like this. In the evening, when finally the ambulance came, the ward boy took out the mask and I found out that there was oxygen in the ambulance. My husband passed away on the spot. It was the sheer negligence,” grieved Gupta.

However, the government has shockingly claimed that there were “no deaths due to lack of oxygen”. This, despite the fact that thousands across the country lost their lives gasping for oxygen on roads, hospitals and at home (Click here, here and here). I spoke to dozens of families about their struggle to find oxygen for their loved ones during this catastrophic time.

Lucknow-based Shakti remembers the horrifying death of his friend Nilesh Gupta and how the system had killed him. Gupta was Covid positive and his health deteriorated as his oxygen level plummeted. On the night of April 11, Shakti visited all the hospitals in the city for an oxygen cylinder but came back home disappointed. At last, Gupta was shifted to a non-Covid hospital, Neel Healthcare, on the outskirts of Lucknow.

“After a while, his condition started getting worse and that’s when his family decided to shift him to a private Covid hospital. There was an endless line outside each hospital in the city. After getting a bed in Shifa Hospital, we waited for the ambulance to come, but it was too late. As we sat in the ambulance, we realised it didn’t have an oxygen cylinder. My friend panicked and died of suffocation.”

Angst of son in Canada

Even when Arnold was undergoing Covid-19 treatment in Jivraj Metha hospital in Ahmedabad, Kevin, his son, was drowning in guilt as he couldn’t visit his father in India. “My mother took my father to several hospitals as his oxygen level was depleting. She ran from one hospital to another alone but couldn’t find any help. At last, she got a half-filled oxygen cylinder,” Kevin said.

From 90% saturation, it came down to 60%. Kevin saw his father struggling to breathe. The lack of oxygen led to brain damage and future failure to organs. After the family begged and got a hospital bed, Arnold was admitted but couldn’t survive for long due to lack of oxygen.

Kevin said: “Due to not enough oxygen in my father’s brain, he had brain damage. He would shout at everybody in his ward and hurt people if they tried to stop him. The condition got so bad that the hospital had to tie him up till he passed away.”

For grieving families like Kevin’s, it is astonishing to hear the government say there was no shortage of oxygen supply. “These people just live in denial and the worst thing is that people believe the government,” Kevin said.

Death in an auto-rickshaw

Mukesh Kumar, a 47-year-old Noida-based resident, didn’t survive even for a day after he tested positive on April 26. A healthy man, he had visited Agra for work. After coming back, he felt feverish and got Covid symptoms.

Mansi, his niece, said: “After getting a positive result, my uncle started getting a panic attack and had breathing issues. On April 27, my aunt took my uncle in an auto from one hospital to another in search of an oxygen cylinder or bed.” He died in the auto itself around 10 pm.

Worse was to come. There was no space in the cremation ground and Mansi’s aunt had to keep the body till 6 am the next morning.

“No one from the society they lived in visited her or helped her in finding oxygen cylinders. My aunt was devastated seeing the condition of people outside the hospital,” said Mansi.

Tehseen Poonawala, an entrepreneur and someone who helped Covid patients, was shocked by the government’s statement. “The second wave was the gravest and the biggest human tragedy India has faced since 1947. We never give Indians dignity in life and are not giving them dignity in death. We saw bodies floating on Ganga and still, there is denial.”

Poonawala wrote to the vice-president to allow him to testify on oath before a parliamentary committee to state the facts of people dying of oxygen shortage in India.

Iknoor Kaur, an ex-BBC reporter, another volunteer, remembers an extreme situation she had to face while arranging an oxygen cylinder.

“There was a person who desperately wanted an oxygen cylinder. I finally found one within 10 minutes. But when I made a call to the patient, I was informed that he had lost his life gasping for oxygen.”

The following week saw many more incidents of lack of oxygen surfacing. “During the first wave, we thought we would get over it, but in second wave, there was absolutely no light at the end of the tunnel,” Amit Tandon, a stand-up comedian and volunteer, said. He recalled over 10 patients dying of oxygen shortage.

Another volunteer, Manish Pandey, recalled: “A friend of mine, who is a famous vlogger, sent me his cousin’s number and asked me to talk to him. I called up and came to know that he was looking for oxygen for his uncle.” It was 2 am and he went out in search of oxygen. The cousin drove 30 km for oxygen and by the time he got it, his uncle was no more. “If that wasn’t a death because of lack of oxygen, what was it?”

The government has tough questions to answer.

(Samriddhi Sakunia is a freelance journalist in Odisha. The views expressed are personal.)