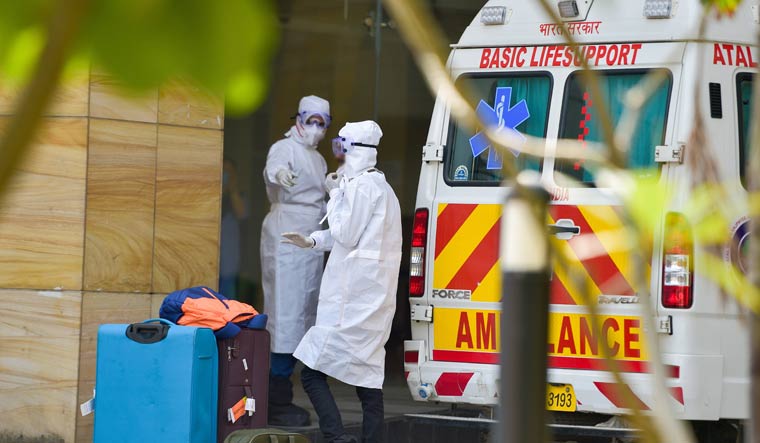 Coronavirus and the LawCriminal LawGovernanceHealth Rights

AMIDST the growing attacks on the health workers working in the fight against COVID-19, the President of India on Wednesday promulgated the Epidemic Diseases (Amendment) Ordinance, 2020 that makes the violence against health care service personnel and damage to the property a cognizable and non-bailable offence.

The Union Cabinet had yesterday approved the Ordinance.

The ordinance defines ‘healthcare service personnel’ to mean a person who while carrying out his duties in relation to epidemic related responsibilities, may come in direct contact with affected patients and thereby is at the risk of being impacted by such disease, and includes-

The ordinance prescribes that whoever commits or abets the commission of an act of violence against a healthcare service personnel or abets or causes damage or loss to any property shall be punished with imprisonment for a term which shall not be than three months, but which may extend to five years, and with fine, which shall not be less than fifty thousand rupees, but which may extend to two lakh rupees.

Ordinance also provides that the court shall presume that such person has committed such offence unless the contrary is proved.

On April 8, 2018, the Supreme Court had directed the Central Government and the respective States/Union Territories and respective Police authorities to provide the necessary Police security to the Doctors and medical staff in hospitals and places where patients who have been diagnosed COVID-19 or patients suspected of COVID-19 or those quarantined are housed.

Following the apex court’s order, the Ministry of Home Affairs (MHA) on April 11, had asked all States/UTs to provide necessary Police Security to Doctors and Medical Staff fighting COVID-19.

Meanwhile, the Union Home Secretary Home has written to all the States/UTs to ensure adequate security to healthcare professionals, medical staff & frontline workers to prevent violence against them.  He has asked for strict action to be taken against those who obstruct the performance of last rites of COVID Warriors succumbing to COVID19.