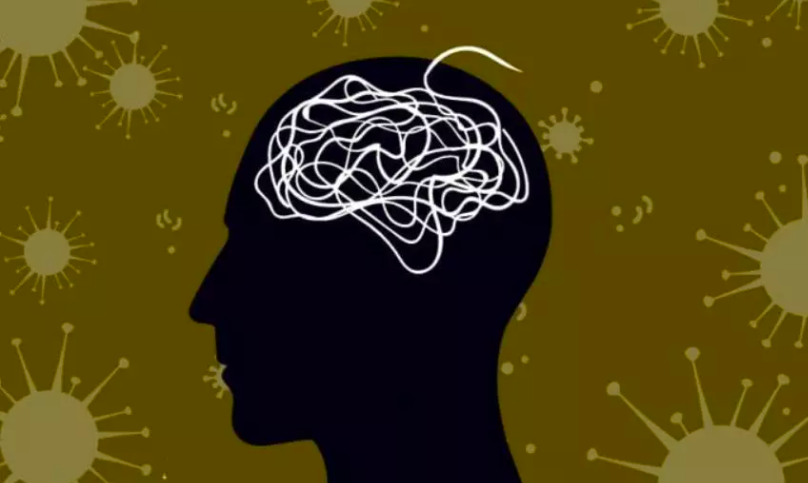 COVID-19: Gaps in Policy and Practice While Dealing with Mentally Ill Patients

While COVID-19 is a problem that has been staring everyone in the face, mental health issues are often being ignored during this time. A young girl from Delhi spoke of her painful experience while getting her uncle treated for COVID-19. He had been suffering from Schizophrenia for some years now. When he developed COVID-like symptoms family members insisted on taking him to a hospital fearing further complications. However, he kept on refusing.

When he was finally taken to a facility problems began at the testing stage itself. Collecting a swab sample proved to be extremely difficult but the doctors managed and admitted him to the COVID ward after he tested positive for the disease. His Oxygen saturation level was also low and he needed immediate Oxygen supply. However, there was more to come. He would often get anxious inside the ward – sometimes violent – would remove the oxygen mask and would sometimes not allow anyone to come near him. The doctors were in a fix and it was after one and a half days that they could manage to get one psychiatrist to visit him. His condition deteriorated further and he was transferred to AIIMS when his Oxygen saturation level dipped further.

There are other such cases of people with mental illnesses contracted COVID-19 and requiring treatment, a difficult exercise. Dr. Anita Mahajan, senior consultant at the Department of Psychiatry at Ganga Ram Hospital, told Newsclick about dealing with such cases inside the hospital’s COVID ward. “The good thing about our hospital is that whenever the doctors in the COVID ward find such cases they immediately call us,” she said.

A patient with impaired comprehension and memory contracted COVID-19 and was admitted to the COVID ward. Dr. Mahajan said that it took her a long time to deal with the patient to administer medicines. “Dealing with psychiatric patients is an extremely sensitive task and there is a need of psychiatrists,” she said, adding that the atmosphere inside a COVID ward is unusual. Doctors and nurses wear PPE kits and the entire situation looks very robotic. “Even a general patient finds it very unusual; just imagine what it does to someone with mental health issues. We also need to remember that psychiatric patients are not homogenous and in a situation like that their behaviour may be governed by their mental illness. We need to be extra sensitive and careful,” she explained.

“Although there is a guideline prepared by NIMHANS (National Institute of Mental Health and Neurosciences) for dealing with patients having mental illness issues and who also get COVID-19, there is a need for even more detail and specific guidelines,” she added.

Dr. Nikita Doot, a resident doctor in the same department shared similar experiences. She told Newsclick that a doctor has to make tough calls while deciding on medicines for such patients. “For example, providing psychiatric medicines to a person who has developed respiratory problems due to COVID-19 is a very difficult decision to make. We need to be extra careful while choosing a drug,” she said, mentioning that there was a limitation in choices of medication for such patients.

There will be innumerable such cases on a pan-India level and a lack of data about them results in a serious gap in our knowledge and about managing the disease. There also seems to be apparent silence about dealing with such patients with the NIMHANS guidelines being the only one in use.

Dr. Nimesh Desai, director of IHBAS (Institute of Human Behavior and Allied Sciences), Delhi, told Newsclick that the other major issue aside from specific treatment guidelines is that many such people miss their visits to hospitals and psychiatric centres when travel restrictions and other containment measures are imposed. It results in them missing out on medication which results in a relapse of their illness.

“Mental health is one of the most neglected areas and there is a huge stigma in society about people having mental health issues. This is reflective in the huge gap in policy formulation as well,” he said. “IHBAS and other institutes, NIMHANS for example, have a provision for psychiatric patients with COVID-19. There are also some centres and hospitals where they are taken care of. However, this number is too less,” he added.

Dr. Desai also highlighted a gap in policy where such patients are not being vaccinated on priority. He said that the Indian Psychiatric Society had sent a recommendation to the Central Government to prioritise vaccination for the mentally ill. “But, unfortunately, this proposal was not implemented, for reasons not known to us,” he said.

Dr. Desai also mentioned the NHRC (National Human Rights Commission) advisory published on October 8, 2020. The advisory, titled ‘Human Rights Advisory on Right to Mental Health in Context of Covid-19 Pandemic’, had several suggestions to provide access to mental health care and services to COVID-19 affected people. However, there seems to be no visible implementation of that advisory as yet.

He said that it has to be ensured that OPD and emergency services for people with mental health problems continue. He said that IHBAS never discontinued these services during the pandemic to ensure that those with such issues do not discontinue their ongoing medication and treatment.

NIMHANS has also developed a way of treating such patients with COVID-19 in their facility. Dr. Sydney Moirangthem, a psychiatrist at NIMHANS, told Newsclick that they used to transfer people with mental health issues and COVID-19 to nearby COVID care centres or hospitals until last year. However, in most cases, the patients were sent back to NIMHANS when dealing with them became problematic for doctors in other health care facilities.

“From this year we have been providing COVID services in NIMHANS itself. We had also undergone training focused on viral infections and we can now handle COVID-19 patients to a great extent. However, if more complications develop we immediately call upon specialists like pulmonologists and anaesthesiologists. We are also trying to provide as much help as possible to health care workers at other COVID facilities whenever they have difficulties in handling people with mental health problems. We also do video conferencing and use other ways to help them. It would be better if this practice at NIMHANS can further be formulated at a national policy level. However, that will require more practice and more trials. But, that is not impossible,” Dr. Moirangthem added.

Honey Oberoi Vahali is a professor at Ambedkar University, Delhi. Prof. Oberoi expressed her grief at the apparent silence about mental health even during a pandemic.

“This is indeed a very sad and tragic time. While we are dealing with over three lakh COVID deaths the fact also remains that India is a country with one of the highest rates of suicide. We have approximately 3,50,000 deaths due to suicide alone every year. As far as other mental health problems are concerned, the count is almost impossible as one in every four to six people go through a mental health crisis or breakdown in their life at some point in time or the other. Yet, psychological care and mental health are low in priority,” she said.

“Since last year there has been a manifold increase in psychological breakdowns, anxiety, depression and panic attacks. People who had not experienced severe mental health disorders are also going through a crisis and are approaching for help. People who were diagnosed with mental health problems before the pandemic have had relapses and innumerable patients have had psychotic breakdowns, manic depressive episodes and depression. During the pandemic patients have had additional difficulty in reaching out for help. Support in families and even within professional circles has been difficult to access,” Prof. Oberoi said.

On the need for separate wards for such patients, she said: “I am not sure if we need separate wards for mentally ill patients, except the severely disturbed ones – those who experience psychotic episodes or have paranoid symptomatology. The need is to have greater sensitivity in medical circles for psychological care for everyone, but especially those grappling with a prior diagnosis of mental illness.”