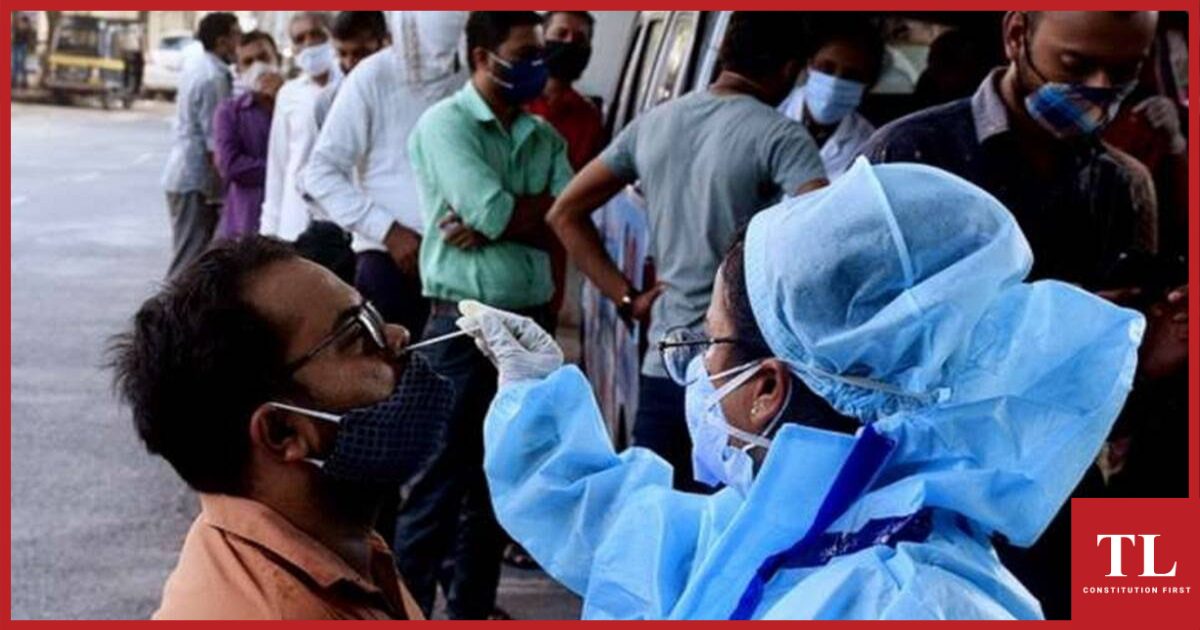 The numbers are abysmal–over three and a half lakhs of new Covid-19 cases and 2,800 deaths in a day. Oxygen is drying up in many states, hospitals are running out of beds and patients are struggling to breathe as the country faces a grave crisis.

Tackling the pandemic means keeping the number of infected people as less as possible, to help avoid the overburdening of healthcare facilities, and ultimately, to save people from dying. Testing, tracing, monitoring, isolating and vaccination are the strategies the world has widely accepted as the ways humanity can do at best in order to keep the numbers low.

It has now become apparent that the existing health system of India cannot provide critical care to even less than 1% of its population. India’s population is about 1.3 billion (130 crore) and the total number of Covid-19 patients till now is over 1.3 crore — this number is cumulative for more than a year. In the present crisis, the number of patients requiring critical care will obviously be lesser, most likely to be less than 1%.

When this is the reality and in the last one year, there was no possibility of sudden upgrading of the health system, the Indian governments certainly could have made some preparations to tackle an imminent health crisis amidst the pandemic.

Has India failed in managing the numbers in terms of people tested, traced, vaccinated, and sequences of viral strains? Could this failure have contributed to the swelling in numbers of deaths and cases? Satyajit Rath, immunologist and an adjunct faculty of IISER, Pune, believes that indeed India lagged in following the test-trace-isolate formula.

“It is indeed quite correct that India failed, ever since the beginning of the pandemic, to establish credible and reliable systems for testing, contact-tracing and isolating as necessary on as large a scale as has been needed. It is also true that this failure has extended to the lack of a large-scale system for regularly sequencing subsets of virus samples,” Rath told Newsclick.

However, according to Rath, lagging behind in these parametres may not have the main drivers behind the current crisis situation. “It is not these particular failures that have been the main contributors to the current increase in the caseload and in the death toll. This is because such waxing and waning of outbreaks is the normal pattern of any such epidemic of a respiratory virus. Doing a better job of monitoring the spread would quite possibly have made only a marginal difference to this current phase of waxing outbreaks across the country.”

“For the needless deaths in this waxing phase, the relevant failure is the failure to establish decentralised and accessible intermediate-to-long-term tertiary medical care systems, with appropriately skilled long-term staff personnel, and with enhancement of supply chains for essentials such as oxygen,” he said.

The prominent trait of the ravaging second wave is the explosion in numbers of patients needing critical care and oxygen support, which was limited in the previous wave last year. There have been a lot of speculations that the mutant variants are to be blamed for the sudden outburst. Do we have anything substantial to come to such a conclusion? Prof Rath is apprehensive about it.

“The proportions of people becoming sick enough to need intensive care does not seem to be very different in this ‘surge’ compared to these numbers in the last ‘surge’. We should keep in mind that it is quite likely that more people are dying in this surge compared to the last one, proportionately speaking, but that is quite possibly because of lack of oxygen and intensive care, rather than any change in virus biology,” he said.

“In the ‘first wave’, the maximum case-load in India was quite low, relatively speaking; there were ~68 cases per million people in mid-September 2020. Yesterday, the case-load was almost four times as much, at 225 cases per million people. Inevitably, the main immediate crisis is indeed one of large numbers, in which even a small proportion of people becoming severely ill needing intensive care begins to strain and ultimately overwhelm our limited health care facilities and resources. While our failure to sequence virus samples in large enough numbers is indeed a limitation in understanding the ongoing (as well as future) outbreaks, the fact remains that there appears to be no substantial increase in the ‘virulence’ of the virus (despite new strains),” he further added.

On the number of testing also, India still needs to assure that enough is being done. Gagandeep Kang, eminent vaccinologist of the country and a professor of CMC Vellore, recently remarked in an interview that the government should make sure that they were conducting enough testing and tracking the numbers.

“What we should be watching out for is the test positivity rate, which will be the first to show a decline and after that, we will begin to see a decline in hospitalisations and in the deaths being counted. So making sure that we are doing enough testing and tracking the numbers in a stable manner over time is what is going to give us a signal on how we are to do next,” Garg said in the same interview pointing towards the need of increasing the numbers of testing.

India started the vaccination drive with much publicity back in January. In a recent UK study, it was found that a single dose of either the Oxford/AstraZeneca or Pfizer/BioNTech vaccines, currently being administered in the UK, cut the rate of coronavirus infections by around 65%. Then, the question is whether India has lagged in its planning for vaccination. Tejal Kanitkar, faculty at NIAS (National Institute of Advanced studies), Bangalore, said that the lack of planning and investment to enhance manufacturing capacity means that our supply is currently woefully short.

Kanitkar explained, “We have a major challenge when it comes to covering a majority if not all of our population. Around 69% of India’s population is above 18 years of age, technically eligible for the vaccine. To cover even 80% of just this population, we need a total of 1878 million more doses since about 124 million doses had already been administered till 19 April.  This means that to even cover the eligible population partially by the end of this year, we need a supply of about 160 million doses per month.”

“It is estimated that 35% of India’s population is living in urban areas in 2021. To cover the eligible urban population entirely, we need about 650 million doses in total. If we assume that covering the urban population is urgent (given that the rate of transmission is likely to be higher due to high densities, the use of shared amenities among the working class etc.), and also easier due to the existing infrastructure to be able to administer the vaccines — then we should have at least planned to cover the urban population by June-July this year, since the vaccination program had taken off by January. Which meant that we should have anticipated and planned for a supply of about 100-13 million doses per month to be able to do this. That did not happen,” Kanitkar said.

She added that since the population of India was not a state secret, estimating the required vaccine doses was a matter of simple arithmetic. “The gap today is simply down to poor planning. Capacity expansion, smoothening licensing requirements, repurposing existing capacity (without impacting other necessary vaccine production for child immunization programs etc) need to be undertaken on a war footing,” she said.

When asked whether free vaccination is possible and how, Kanitkar said, “The central government, in its budget for 2020-21, earmarked Rs 35,000 crore specifically for Covid-19 vaccination. This translates to about Rs. 186/dose, given the total number of doses needed to cover the entire eligible population. This is more than the negotiated price for Covishield by the Centre (Rs.157/dose), at which price Serum Institute of India has claimed in the past that it was already making a profit. There will be some cost to set up infrastructure for vaccination, storage, etc., but a significant proportion of this cost is already sunk, and therefore, the marginal cost of administering vaccines will be small.”

“Private hospitals are allowed to charge Rs 250 to cover their infrastructure and personnel cost in administering the vaccines. If we take this as the normative price that includes the cost of the vaccine and the infrastructure needed to administer it, then at Rs 250 per dose, the total cost to cover the entire eligible population will be about Rs 47,000 crores — only slightly higher than the allocation in the Union Budget specifically for Covid-19 vaccination. This is a very small amount for the central government. It is less than 0.4% of even the contracted GDP estimates that we have for this year. Free vaccines are therefore very much possible and in fact their administration and uptake will be faster and more efficient if they are provided for free to everyone in as many places as possible in my opinion,” Kanitkar said.

Another issue in India has been the inadequacy in publicly available data, whether on testing, vaccination or sequencing. The medical research agencies and academic institutions alike do not have visible efforts in meeting this requirement very soon.

Commenting on this trend, Prof Rath said, “It is quite correct that India has a transparency problem even with what evidence there is. This hampers independent analyses on one hand, and decreases public trust on the other hand.”

“One reason for this opacity is that this is how Indian systems of governance always function; a lack of transparency makes a lack of accountability easier. Another reason for the opacity is that, with many ‘cooks’ all vying for their place in the petty turf wars that inevitably break out, careful curating of the collected data is essential and time-consuming. And finally, there is the sheer embarrassment at having failed to come up with a credibly large-scale effort,” Prof Rath said.