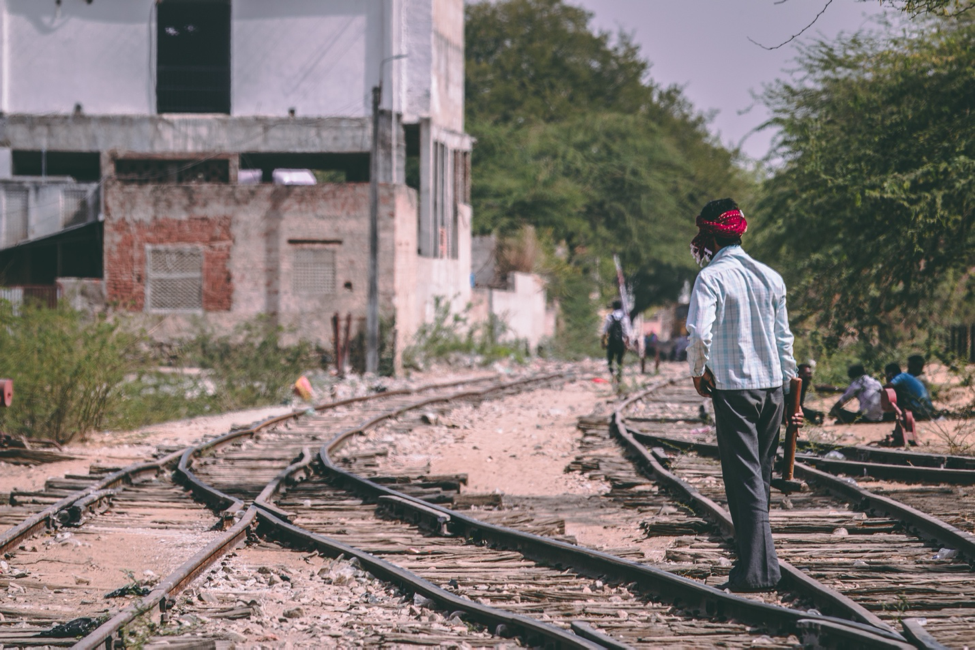 Corona and the tragic dynamics of labour economics in India

THE urban to rural exodus of India’s labour population is being met with travel challenges, a delayed response from the government, as well as axed labour laws, that further weakens the opportunity to revive the household of these 100 million internal migrants. As migrants in India walk back home they face a new set of socio-economic challenges from many of their home states by way of scraped labour laws, as well as the lack of fiscal stimulus from the government. Let’s discuss how these aspects will change the dynamics of labour and economics in India.

Since the beginning of the lockdown in India we have seen the government’s procrastination to help migrant workers, and also institutional impediments such as a the complete transportation shut down, and requirement of transport permits, which interrupted them from reaching their homes. Due to unemployment, lack of savings, and the inability to sustain migrant workers resorted to walk thousands of miles to their homes in rural India. The lockdown was imposed on 24th of March, and the first train scheduled for the migrants was after 79 days (on 1st May 2020), which already gave room for nearly 200 migrant deaths. Only after 16 workers were mowed down by a train in Aurangabad because they were ordered not to walk on the highway, the Supreme Court issued a statement saying that no one shall monitor or stop migrants from walking. Though the government organised ‘Shramik’ trains have caused some relief, they offer questionable services with lack of hygiene, food, and water. Barkha Dutt, who has been covering the migrant crisis says that ‘India is in the grip of a humanitarian crisis’ and it’s ramifications only continue to grow as the India crosses 200,000 corona cases.

The pressure on the labour market and functional federalism is at its peak as states straddle the high expenditures and frailing central government support. States have disproportional pressure to manage the corona crisis with little wiggle room, since inspectors in Delhi are pencilling which districts deserve to be red zone-ed, and where restrictions must be lifted. The states received added responsibility to manage the Shramik train fees, even though railways is a Union list subject. Financial worries are mounting as timely GST compensations have not being allotted to states by the central government during this time of need. This disproportionate burden has sent some states into an emergency mode to raise funds, and pre-maturely lift the lockdown, coupled with the cruel move to suspend many labour laws.

The states of Uttar Pradesh, Maharashtra, Rajasthan, Gujarat, Goa, Madhya Pradesh, Uttarakhand, Assam, Punjab, Haryana and Himachal Pradesh passed an ordinance to increase working hours from 8 to 12 per day. This move is heavily questioned by the International Labour Organisation (ILO) since new relaxations in labour laws must adhere to global standards according to the organisation, to which India is a founding member. Though Uttar Pradesh and Rajasthan withdrew the 12 hour work day, back to 8 hours a day, but the key labour right to file for redressal yet remains inaccessible. Further issues from scraping the Industrial Disputes Act, 1947 ranges from worker safety standards, minimum wage, layoffs, and strikes. The right to strike and collective bargaining through unions is recognised by the ILO, and adds another question for the state governments that have passed the ordinance. Law Professor N. Vasanti of Nalsar University, says the legality of this ordinance must be questioned as ordinances are meant to create temporary laws during unforeseen circumstances and are valid until the next session in parliament where they are open to discussions and votes, however now it is being used to repeal laws for 3 years, which crosses the next scheduled session in parliament.

“The labour class is already suffering as a result of Covid-19 and once the protections under various laws are taken away, their condition will become even more precarious” said Amit Chakraborty of Worker Solidarity Centre. With rampant unemployment, the coronavirus exodus, and labour rights repealed, India’s economy is witnessing two opposing labour movements. One, is the slow rural pull: coronavirus has pulled the migrants back to a place where they can sustain without sky-high rents, and employment securities. The newly relocated and high labour availability in rural India will be able to replenish skilled, semi-skilled, and unskilled labour gap in the states, once things get back to normal. This relocation is more likely to remain long-term since most of them have lost all if not most of their ability to leave their home towns again due to lack of funds, and find their trust in big city dreams broken as many vow never to return. Once the lockdown is lifted, this could work for the benefit of states with these newly relocated labour populations with skills training, and skill transfer programmes that could help cultivate a re-enabling platform for the returnees, and those who never left. This could increase sustainable employment, and serve as a method to rebuild the labour morale.

Two, is the urban push: coronavirus has pushed labour away from urban centres due to the inability to subsist without a job during the lockdown. Even less job security with new labour laws, and the post-corona slump, has pushed and will keep internal migrants of India from remaining in, or returning to big cities. Considering that many big cities heavily depend on cheap migrant labour, a low labour availability in cities might increase wages relative to pre-COVID times, but could not compensate for the lack of rights and securities.

There are exceptions with Madhya Pradesh making provisions for overtime pay and working to reduce industrial disputes. However, the exceptions and benefits appear too few for the proportion and economic condition of labour in India. This could affect the local as well as the international economy as many foreign companies like Uber, and popular food chains like McDonalds and Burger King depend on migrant labour as well, which would be unable to relocate in their large facilities. The move to ease labour standards won’t work to replenish such jobs as the unpredictability of short term employment may not be enough to pull migrants back to urban centres. An ILO report on Uttar Pradesh from 2017 elaborates how lack of employment opportunities and lack of social security programmes especially effects the schedule caste and schedule tribe populations, and the current labour market will continue to place undue burdens on less privileged castes, and especially women.

The aim to gain foreign investment with disposing labour laws is a way to ease exploitation and wage theft. Parallelly there have been no new programmes of social security and healthcare schemes for this population. Economists and Nobel laureates Esther Duflo and Abhijit Banerjee have argued for the employment of the JAM (Jan Dhan, Aadhaar, Mobile) infrastructure to transfer money to Indian bank accounts and inject liquidity in the market. In order to oil the gears of the economy, India needs fiscal help for the poor, and social security for labourers to return to the job market. Economists have rung the alarm bell that “huge number of people will be pushed into dire poverty or even starvation by the combination of the loss of their livelihoods and interruptions in the standard delivery mechanisms”.

The national call for ‘self-dependence’ has been the tragic option for most migrants, as we wait for a fiscal move to help the labour population of India.

[Palak Sharma is a researcher in Energy Policy. She holds a master degree in International Economics from the School of Advanced International Studies (SAIS), Johns Hopkins University in Washington DC]