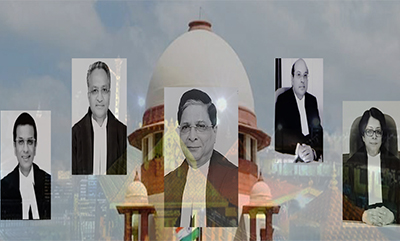 [dropcap]A[/dropcap] five-judge Constitution Bench of the Supreme Court commenced hearing the case pertaining to women’s entry inside the Sabarimala Temple on July 17, 2018.

Senior Advocate Indira Jaising filed her written submissions in the constitutional challenge to the Sabarimala Temple case, in which women between the age 10 and 50 are barred from entering the temple in Kerala as that supposedly offends the celibate Hindu god, Lord Ayappa. The case is known as Indian Young Lawyers’ Association & Anr vs The State of Kerala and Ors.

Jaising’s main contention is that freedom to manage religious affairs cannot override constitutional moraliy and gender justice. Jaising emphasised on harmonious interpretation of constitutional provisions, that is, Articles 14, 15, 25 and 26 of the Constitution and stated that the right to manage the affairs in the matter of religion does not encompass the right to ban entry inside a temple.

According to the written submissions, “The Intervenors in this case are Nikita Azad and Sukhjeet Singh, who are both gender rights activists working in and around the State of Punjab with a focus on issues such as gender equality and justice, sexuality, and menstrual discrimination. As a part of their efforts for the development of gender rights, the Intervenors protested against gender discriminatory social practices such as patriarchy, sexism and age-old taboos, which impose various restrictions on women, in particular. As a part of the same effort, they have also taken part in the #PinjraTod campaign, which seeks to fight against regressive rules restricting women in hostels and colleges.”

The original writ petition in the Sabarimala case was filed in public interest by Indian Young Lawyers Association on July 28, 2006 in order to ensure entry of female devotees between the age group of 10 to 50 at the Sabarimala Temple in Kerala. The petition also sought to declare the Rule [Rule 3(b) of the Kerala Hindu Places of Public Worship (Authorisation of Entry) Rules, 1965, which provides that women at such time during which they are not by custom and usage allowed to enter a place of public worship, shall be included in the class of persons who shall not be entitled to offer worship in any place of worship] which prevented women from entering the Temple to be violative of the Fundamental Rights ensured by the Indian Constitution and also beyond the scope of the very Act [Kerala Hindu Places of Public Worship (Authorisation of Entry) Act, 1965] under which the Rules were framed.

Also read: Sabarimala Temple entry ban for women: What are the major questions before the Constitution Bench?