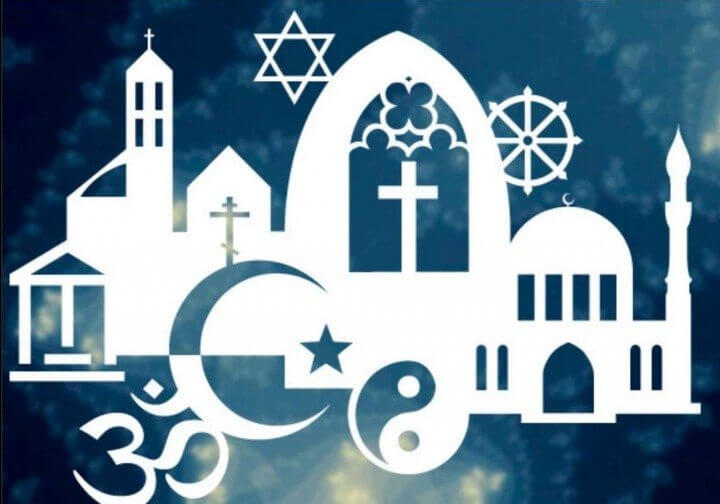 Secularism as a value concept has been both derided and glorified. Those who deride it define it as being ‘irreligious’. Those glorifying it, consider it to be an ideal solution to the problem of the relationship between the State and religion in a multi-religious modern society. In a country like India, where right to freedom of conscience and free profession, practice and the propagation of the religion is given a status of the fundamental right, a state cannot be ‘secular’ in a sense of being antagonistic to the religion. Indian secularism is different from that of the United States where the Constitution has been held to provide for separation of the Church and the State. Indian Constitution on the other hand, says Prof. Udai Raj Rai in his book ‘Fundamental Rights and Their Enforcement’, does not prohibit the State from aiding all religions equally. What is prohibited is the identification of the State with any particular religion or discrimination against any religion. It is on this foundation that Indian concept of the secularism is positive to the extent that it provides for right to religion, prohibits religion based discrimination with state having no religion of its own. This equal aid to all religion doctrine is better known as ‘Sarv Dharm Sam Bhav’.

But what exactly constitutes a secular State? This question often crops up in one’s mind. In his book ‘India As A Secular State’, Donald Smith insists that for a State to be ‘secular’, three elements ought to be present. They are religious freedom, non-sectarian common citizenship and non-entanglement of the State with religion. In so far as first two elements are concerned, there is absolutely no ambiguity that the Constitution of the India ensures freedom of conscience and the right to freely profess a religious belief which is implicit in Article 25, enjoys the status of the fundamental right and thus a part of the basic structure of the Constitution thereby not open to the destruction by the State. Further, the provision for universal adult franchise, irrespective of race, creed, religion, or sex, makes the secularity of citizenship potent and purposeful. Various provisions in the Constitution, viz., articles 14, 15, 16, 19 etc. secure neutrality of the state towards all religions.

The constitutional provisions guaranteeing religious freedom do not seem to raise a wall of separation between the state and religion. The third element for being a secular state is non-entanglement of the State with religion. However, the State has been indulging in the business of religious reform and even direct administration of the religious institutions thereby completely negating the very concept of ‘secularism’.

For instance, Jammu & Kashmir Mata Vaishno Devi Shrine Act, 1988, provides for the constitution of a Management Board for Shrine by the Governor of the State, the constitutional head of the State, with himself as ex-officio chairman and also armed with special power to act on behalf of the Board. In Bhurinath v. State of J&K, the issue that incidentally arose before the Supreme Court was whether the Board was government controlled. The Court held it was not by the reasoning which is tortuous to say the least. The other feature of the case is that people have come to expect such interference as being ‘routine’ and that violation of the freedom of religion has never been raised as an issue. Despite the state’s regulatory power, the Constitution does bring about a secular state insofar as religious liberty is promised to the people, and citizenship is not based on religion, race or creed of an individual as also highlighted by J.M. Shelat in his book ‘Secularism: Principles and Application’

Brouhaha over the word secular in the Preamble

Just a few days back, controversy erupted at the remark of a Union Minister claiming that Constitution would soon be changed. His target was the word ‘secular’ in the Preamble which was inserted by 42nd Amendment Act, 1976 during the regime of then powerful Prime Minister Indira Gandhi. He went on to say that seculars did not have any parentage. His remark led to a deadlock in the Parliament for few days which could be broken only after Minister tendered unconditional apology in the house. One wonders whether the word ‘secular’ in the Preamble really makes any difference when the Constitutional provisions viz., articles 14, 15, 16, 25 etc. makes it very clear that notwithstanding the 42nd Amendment Act, 1976, the concept of secularism was very much embedded in our Constitutional philosophy. Before the said amendment was enacted, the Supreme Court in a famous case Kesavnanda Bharti v. State of Kerala (1973) had propounded a theory that the Constitution could not be amended as to destroy its basic structure or any of its basic features. In S.R. Bommai v. Union of India (1994), the question that arose was whether the insertion of the word ‘secular’ in the Preamble defining the nature of the polity of India amounted to the fundamental change in the Constitution which the Parliament was incompetent to do so in 1976 because of basic structure theory/doctrine. The Supreme Court held that the insertion of the word ‘Preamble’ by the amendment (supra) was to make explicit what was implicit in the various provisions of the Constitution especially from 25 to 30. In Aruna Roy v. Union of India (2002), Supreme Court held:-

“The word “secularism” used in the preamble of the Constitution is reflected in provisions contained in Articles 25 to 30 and Part IVA added to the Constitution containing Article 51A prescribing fundamental duties of the citizens. It has to be understood on the basis of more than 50 years experience of the working of the Constitution. The complete neutrality towards religion and apathy for all kinds of religious teachings in institutions of the State have not helped in removing mutual misunderstanding and intolerance inter se between sections of people of different religions, faiths and beliefs. ’Secularism’, therefore, is susceptible to a positive meaning that is developing understanding and respect towards different religions. The essence of secularism is non-discrimination of people by the State on the basis of religious differences. ’Secularism’ can be practised by adopting a complete neutral approach towards religions or by a positive approach by making one section of religious people to understand and respect religion and faith of another section of people. Based on such mutual understanding and respect for each other’s religious faith, mutual distrust and intolerance can gradually be eliminated”. In M. Nagraj v. Union of India (2006), the Supreme Court observed the following with regard to the Constitution and secularism:-

“Similarly, secularism is the principle which is the overarching principle of several rights and values under the Indian Constitution. Therefore, axioms like secularism, democracy, reasonableness, social justice etc. are overarching principles which provide linking factor for principle of fundamental rights like Articles 14, 19 and these principles are beyond the amending power of the Parliament. They pervade all enacted laws and they stand at the pinnacle of the hierarchy of constitutional values”.

Article 30(1) guarantees two positive rights for the minorities. These are right to establish and right to administer educational institutions of their choice. Clause (2) of this Article provides that the State shall not, in granting aid to educational institutions, discriminate against any educational institutions on the ground that it is under the management of a minority, whether based on religion or language. The Constitution 44th Amendment Act, 1978, which deleted articles 19(1)(f) and 31, has inserted Article 30(1-A) which reassures the minorities that if an educational institution belonging to a minority is compulsorily acquired, compensation shall be so paid that the concerned minority does not suffer in the exercise of its right under article 30(1). It is thus profusely manifest that the secularism is an integral part of the Indian polity and insertion of the word ‘Secular’ in the Preamble has not made any difference at all.

Next immediate question which arises is whether a Union Minister can assault the very nature of the Indian polity which is secular in nature? Can he speak as a matter of free speech against secularism while in office? These are important questions which need to be addressed. Here one needs to differentiate between a citizen and Minister. Former can have aspirations to see India as Hindu Rashtra or Islamic Nation or any other religious monarchy. He/she can invoke his right to freedom of speech and expression to demand for the same, of course subject to Article 19(2) of the Constitution. On the other hand, a Minister enters upon his office only after swearing in the name of God that he will bear true faith and allegiance to the Constitution of India as by law established…….’. This definitely puts an embargo on him that he cannot speak unmindfully anything that comes to his mind, which has a potential to undermine the spirit of the Constitution of which secularism is an integral part.

Of course a Minister may seek amendment of the Constitution or work towards constitutional reforms as a policy matter. But, as long as the Constitution stands and the word secularism exists, he having sworn to uphold the very same Constitution has no right to speak against the Constitution much less mock at the Constitution by stating that the word ‘secular’ does not have parentage. Mr Anant Hedge, the Union Minister, has no doubt breached his oath of office by uttering the words in question to the extent of throwing the word ‘Secular’ to the winds. Devils advocates may argue that he has already apologized for his remarks, but he has played out his politics already. A Minister or for that matter any public official is expected to exhibit ethicality, probity, propriety, parity, righteousness, ability, honesty, and rectitude and not indulge in unnecessary and wanton display of excitement while aiming for political brownie points and that too at the cost of undermining the Constitution, the supreme law. It is high time that public officials realize that it does not behove well to attack the basic features of the Constitution which are indestructible.