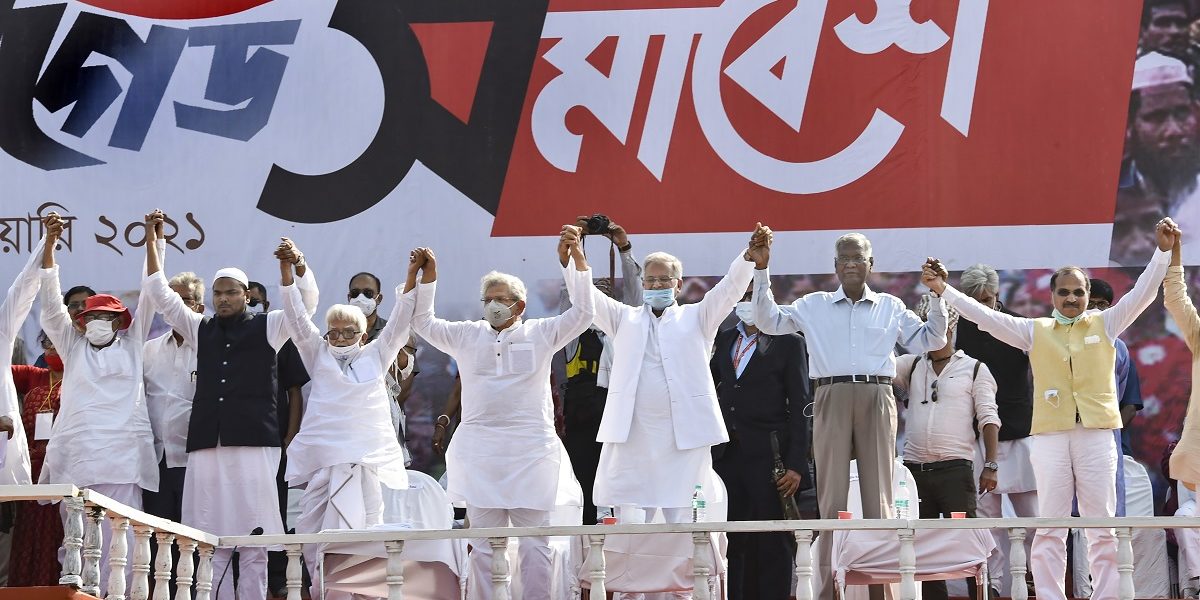 The drift within the Indian National Congress takes a drastic turn in West Bengal over disputes between Senior Congress leader Anand Sharma and Adhir Ranjan Chowdhury as a result of the latter’s decision to join hands with ISF reports SAIKEERTHI.

SENIOR Congress leader Anand Sharma, in a statement, called out the party’s decision to form an alliance with the Indian Secular Front (ISF) for the upcoming West Bengal Assembly elections. He stated that this move was in direct violation of the party’s core ideology and its values that were upheld by political leaders like Gandhi and Jawaharlal Nehru.

The West Bengal Congress Committee Chief Adhir Ranjan Chowdhury was quick to clap back defending the party’s move and calling out Anand Sharma for tarnishing the image of the party and “serving the polarising agenda of BJP”. He upheld the alliance with ISF by stating that “we are determined to defeat BJP’s communal and divisive politics and an autocratic regime.”

Anand Sharma quickly responded to the harsh comments by Chowdary calling them “unfortunate”. He added that he believed in a civilised political dialogue and discourse.

Bhartiya Janata Party on Twitter called out the ongoing heated exchanges between the two Congress leaders terming Sharma’s position as “pitiable”. The tweet also said that despite the designation and seniority Sharma holds in the party, he was “made to live with this insult and defend communal elements”.

The BJP and Trinamool Congress had commented that the alliance between Congress and ISF was “communal” in nature. They further stated that Congress was looking to make lofty claims with this alliance by roping in believers of identity-based politics.

The Cracks in the Alliance

Indian Secular Front is a political party formed in January this year led by Pirzada Abbas Siddiqui. However, the party has over time gained a reputation of being a religious fundamentalist group due to controversial comments made by Siddiqui in his speeches. The party is also known to have a strong foothold amongst the Muslim communities in the state.

However, the alliance is already brewing tensions between the political parties due to the ongoing discourse over seat-sharing. Chowdhury had disclosed that seat-sharing was previously discussed between Congress and the Left Front. However, the entry of ISF has changed its course. Addressing a rally, ISF Leader Siddiqui had announced that he will not be appeasing Congress over rising differences related to seat-sharing.

(Saikeerthi is a final-year journalism student at Symbiosis Institute of Media and Communication, Pune, and an intern with The Leaflet.)