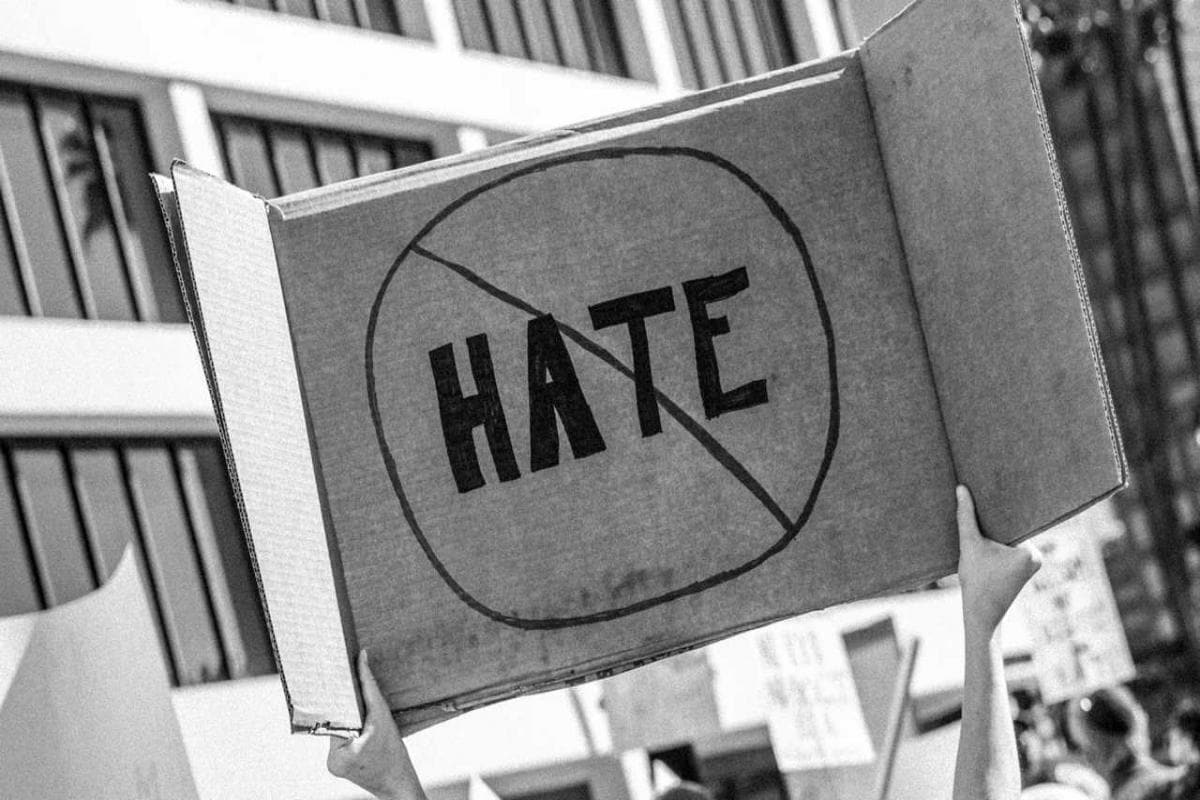 Mohd Sikandar·January 30, 2022
Home
Due Process
Democracy and Rule of Law

While analysing the increasing instances of hate speeches in the aftermath of the 2019 Lok Sabha elections, the higher judiciary should be concerned about the demonisation of Muslims, and the nexus between the state authorities and the communal elements, writes Mohd Sikandar

IN the aftermath of the 2019 General Elections, the country has been hit by a tirade of hate speeches. From the Tablighi Jamaat incident to the communalization of civil services to Sulli deals and Bulli bai apps, there hasn’t been a month since 2020 when communal forces haven’t raked a new issue. A perusal of the trend reveals that the majority of these hate speeches are directed towards the Muslim community. Behind the hate message is the idea of the demonisation of Muslims in India.
Also read:  Why is free speech different from hate speech?
The Right-Wing brigade has pictured Indian Muslims as the mother of all evil and enemy number one. This phenomenon is evident when during the first wave of the COVID-19 pandemic, members of the Tablighi Jamaat were blamed for the spread of the pandemic in India. Worse, the media played a disturbing role in adding fuel to the fire by labeling the incident as Corona Jihad and Corona Bomb. In another instance, a news TV channel (Sudarshan News TV) ran a program titled UPSC Jihad, alleging the conspiracy of Muslims to sabotage civil services.

In most of these cases, the state authorities have been found to be either complicit or in connivance with the communal elements, rendering the common legal complaint and investigation process useless.

Of late, the situation has frighteningly escalated with open derogatory remarks and calls for genocide. Recently, a fringe group of right-wing organized conclaves under the name “Dharam Sansad” in Delhi and Haridwar where open calls for violence against Muslims similar to what was perpetrated on Rohingya Muslims in Myanmar were made. Self-styled gurus urged people to boycott Muslims and to teach them a lesson. In another incident, online hatred became more serious with the launch of apps like Sulli deals and Bulli bai where prominent Muslim women were targeted with attacks on their dignity. What is more unfortunate is that barring a few arrests, the response of the administration has been lethargic. This is more on account of the state patronage enjoyed by these anti-social and communal elements. In most of these cases, the state authorities have been found to be either complicit or in connivance with the communal elements, rendering the common legal complaint and investigation process useless.
Also read: CJI-led bench issues notice in Haridwar hate speech case, unsure of whether it should be tagged with another case pending before a different bench
Under such situations, the duty to curb hate speech and ensure justice largely falls on the shoulders of the higher judiciary. However, the reaction of the courts to meet this challenge has been mixed. For instance, following the social media campaign to demonize Tablighi Jamaat members in particular and Muslims in general, petitions were filed before the Supreme Court seeking its intervention in the matter. However, the court brushed aside the matter pointing to its inadequacy in stopping communal hashtags. But the question that begs the answer is: can not the court direct social media companies to closely monitor and filter hate content?

Hate speech is antithesis to the dignity of an individual. It severely affects the unity, fraternity and integrity of a nation and violates many of the settled rights in our constitution particularly Articles 14, 19 and 21.

Similarly, in the Sudarshan News TV case, the court intervened to stop the airing of a grossly communal program only after some of its episodes had been telecasted. In the 2020 Delhi riots hate speech case, following the midnight transfer of Justice Murlidhar, the Chief Justice of the Delhi High Court gave the Union government “four weeks” to respond, when the court at least could have directed the filing of FIRs against the accused. Although recently, the Supreme Court has asked the High Court to decide the matter within three months, while most of the cases have been dragging on in courts for months now.
Also read: The Haridwar hate assembly: the answer to divisive politics is not law alone, but also civil society mobilisation
In a more recent case, on August 15 last year, a Hindutva group raised provocative slogans against the minority community. This was followed by the filing of a petition for enforcing the police’s “duty of care” to prevent hate crimes. However, the court simply tagged the petition with similar other petitions. Emboldened by the act, calls for genocide were made at a religious conclave at Haridwar. It was only after the Supreme Court intervened in the matter that arrests were made. Likewise, arrests were made in the Bulli bai app case after petitions were filed before the court.

But the question that begs the answer is: can not the court direct social media companies to closely monitor and filter hate content?

On the whole, however, it appears that the court has backtracked from its duty to protect individual rights rather than function proactively. One cannot deny that a court never functions in isolation. It influences and is influenced by the climate of its era. But it is only in tough times that our courts are expected to be brave and pass bold judgments/orders.
In Amish Devgan, the court rightly observed, “In a polity committed to pluralism, hate speech cannot conceivably contribute in any legitimate way to democracy and, in fact, repudiates the right to equality”. Hate speech is antithesis to the dignity of an individual. It severely affects the unity, fraternity and integrity of a nation and violates many of the settled rights in our constitution particularly Articles 14, 19 and 21. Hate speech is a precursor to violence and often precedes disorder and riots. If not curbed, it can spread like wildfire and can have disastrous effects on our society.
(Mohd Sikandar is LLM (2020-21) NALSAR University of Law, Hyderabad. The views expressed are personal)