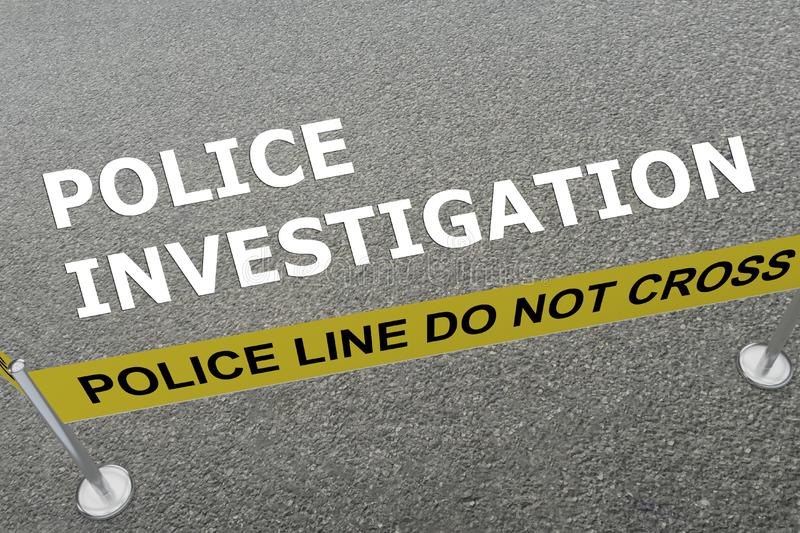 Completion of investigation: an explainer

The seventh part of our explainer series on criminal law deals with the final part of the investigation conducted by police, which ultimately culminates into a Chargesheet or, as referred to in the Code of Criminal Procedure, the Final Report.

THE provision for the Final Report has been given in Section 173 of the Criminal Procedure Code [CrPC]. However, before dealing with the Final Report, it is imperative to understand the powers of the Police Officers to conduct an inquiry and investigation under the special circumstance of when a suicide is reported.

Whenever an officer in charge of a police station or any other police officer specially empowered in this behalf receives an information about a person having committed suicide or having been killed under suspicious circumstances like, for example, by an animal, machinery or some other person, the information regarding the same shall be forwarded to a Magistrate who is empowered to hold inquests.

–      Executive Magistrate specifically empowered in this behalf by the state government or the District Magistrate.

The officer under section 174 of the CrPC is also required to proceed to the place where body of such person is found, and in the presence of two respectable inhabitants of the society prepare a report on the apparent cause of death which in brief describes the wounds found on the body of the person, injury marks, and the weapon by which any such injury is caused may be caused.

Such a report shall be signed by the police officer making the same by the persons who were present during the making of such report, and thereafter the report must be forwarded to the District Magistrate or Sub-Divisional Magistrate. The report, in common parlance, is called a Panchnama, and in this particular case when it relates to the death of a person, it is called an Inquest Panchnama.

It must be noted that generally, the term ‘panchnama’ is used as a synonym or a substitute for a report made by police officer for recovery or seizure of any article or, in cases of death of a person, the details enlisting apparent cause of death as stated above. In case of a crime scene, the panchnama contains details of the place where the crime is alleged to have been committed. The said seizure of articles or the report of death or report of the crime scene is made in the presence of witnesses who are referred to as panch witnesses. The said report is nothing but a report of the events that transpired as witnessed by the panch witnesses. The panchnama forms a very crucial piece of evidence during the criminal trial.

When the case relates to death of a woman within seven years of her marriage:

–      when there is a reasonable suspicion of murder or abetment of suicide, and

–      when such death is reported and request is made by a relative, and

–      there is doubt regarding cause of death,

After conducting such investigation and forwarding the report, the Police Officer is empowered to summon any person who has witnessed the proceedings as mentioned above (that is, the panch witnesses) and also any other person who according to the police officer is acquainted with the facts of the case. Such summons shall be served upon the concerned person by way of an order in writing.

Every person so summoned shall be liable to answer all the questions truthfully except for those question, the answers to which may expose such a person to a criminal charge, penalty or forfeiture. This provision under Section 175 of the CrPC is analogous with the statement recorded by the police under Section 161 of the CrPC, which has been dealt with in detail in the previous article of this series.

The police, after completion of investigation, has to submit its report under section 173 before the Court of Magistrate, or when the offence is triable exclusively by Sessions Court, before the Sessions Court.

Section 173 mandates that the investigation of the offence has to be completed without unnecessary delay.

Specific provision for expeditious investigation (apart from as provided under Section 167 of the CrPC) has been made under section 173 in respect of matters pertaining to offences of sexual violence against a woman enumerated in the Indian Penal Code. It is mandatory for the police to complete its investigation within two months in cases of such offences.

After completion of investigation, a police report consisting of the following details must be filed before the concerned Magistrate or the Court of Sessions, as the case may be.

–      the names of the persons who appear to be acquainted with the circumstances of the case;

–      whether any offence appears to have been committed and, if so, by whom;

–      whether the accused has been arrested;

–      whether he has been released on his bond and, if so, weather with or without sureties;

–      whether the report of medical examination of the woman has been attached, where investigation relates to … [an offence of sexual violence under] … the Indian Penal Code.”

In the event, as seen in the earlier articles of this series, that a superior officer has been appointed by a general or a special order by the state government under Section 158 of the CrPC, then the report shall be forwarded to the concerned magistrate or the court of sessions, as the case may be, by such superior officer only. However, until the order of the Magistrate is received, such superior officer is empowered to direct the officer in charge of the police station to conduct further investigation.

Further, if during pendency of the investigation, an accused person is released on his bond, the Magistrate shall then, on submission of such report, pass an order to discharge the said bond. In exceptional circumstances and on recording of reasons, the magistrate may pass a different order (that is, other than discharging the bond) as he thinks fit.

Whenever a case falls under the category of Section 170, that is, where there is sufficient evidence to forward the case to the Magistrate, it is imperative upon the Investigating Officer to forward all the relevant documents or the relevant extracts/portions of such documents which the prosecution seeks to rely upon in support of its case against the accused person, as well as statement of all such witnesses recorded under section 161 whom the prosecution seeks to examine during the trial to establish the guilt of an accused person.

In ordinary course of business, it is mandatory for the Investigating Agency to serve the entire set of the report, including statements of witnesses, panchnamas, and relevant portions of station diary, among other things, as is submitted before the concerned Magistrate or the Sessions Court, as the case may be, to the accused person. However, an exception for this has been carved out under section 173(6), wherein if the Police officer making the investigation and submitting the report is of the opinion that some part of the statement of a witness as annexed along with the chargesheet is not relevant, or that disclosure of the same to the accused is not in the interest of justice and public at large, then they can make a request to the concerned magistrate or the Sessions Court, as the case may be, marking the portion of such statement and appending a note stating out reasons for excluding the same from the copies to be served upon the accused person.

Otherwise, it is mandatory to serve the entire set of the chargesheet, free of cost, to the accused person and an accused can claim it as a matter of right since he has a right to defend himself, and to exercise the said right, it is necessary for him to understand the exact nature of allegation and accusation against him.

Submitting the final report marks the competition of police investigation. However, that does not end the right of the police to conduct a further investigation, and provision for the same has been made under section 173(8). There is no legal impediment or bar on the powers of the police to conduct further investigation after submitting its initial report to the Magistrate or the Court of sessions, as the case may be, as contemplated under section 173(2). In the event that during the further investigation, the officer in-charge of the police station obtains further evidence, a report of such evidence shall be forwarded to the concerned Magistrate or the Sessions Court, as the case may be, in the same prescribed form in which the initial report was submitted.

Such a report of further investigation, in common parlance, is referred to as a supplementary chargesheet.

If there is more than one person accused of the offence under investigation and not all the accused persons are arrested until the submission of the final report, the police, bound by the time limit discussed earlier in the article on Default Bail, will generally submit its report with all the relevant details as available at the relevant time within the time limit, saving its right to conduct further investigation, by naming the accused persons not arrested as wanted, accused or absconding accused. Thereafter, in the event that during further investigation, all or any of the absconding accused persons in the concerned crime are apprehended and arrested, a report containing details of their arrest, evidence against them (which was not earlier submitted before the Magistrate or the Sessions Court, as the case may be) and any other evidence which was obtained during such further investigation, shall be forwarded before the concerned magistrate or sessions court, as the case may be, in the form of a supplementary chargesheet.

Right to default bail accrues in case of incomplete chargesheet

A controversy has arisen recently in view of a series of contradictory judgments of various High Courts across the country as to what constitutes an incomplete chargesheet in respect of offences under the Narcotic Drugs and Psychotropic Substances Act, 1985 [NDPS Act]. The disputed point is whether non-obtaining or non-filing of the report of chemical analysis along with the final report/chargesheet would amount to an incomplete chargesheet, thereby enabling an accused person to avail the right under section 167(2) of the CrPC read with Section 36A of the NDPS Act.

The crux of the issue is that the chemical analysis report forms an essential part of the case under the NDPS Act since it gives evidence for presence or absence of drugs; without the same, the court is in no position to ascertain whether the substance allegedly recovered is covered within the ambit of the statute. There have been instances where the chemical analysis report has been negative (that is, no drugs were found in the samples). In such cases, the custody of the accused is rendered illegal. Consideration of the said issue is now pending before the Supreme Court. Hopefully, the Supreme Court will give a ruling on the same at the earliest to settle the legal position.

This brings us to an end to the powers and duties of the police in conducting investigations. The succeeding articles shall deal with the procedure and powers of courts to conduct a criminal trial.