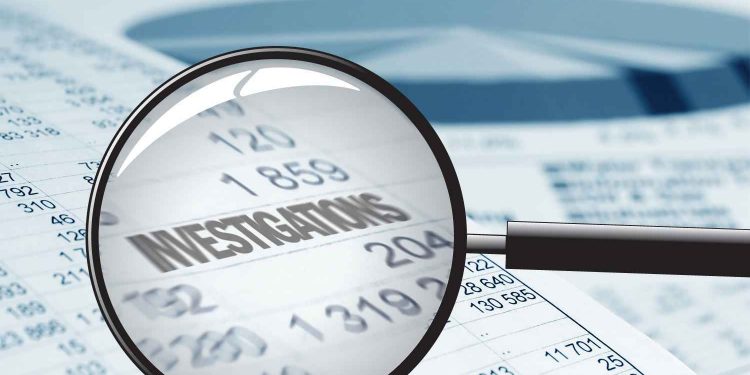 In the sixth part of an explainer series on criminal law, ADVAIT TAMHANKAR and ASHWINI ACHARI explain the procedure of investigation conducted by the Police during the stages of forwarding cases to the Magistrate and maintaining the case diary, among other things.

Thereafter, provision has been made in the Criminal Procedure Code [CrPC] to ensure that a person accused of an offence does not have to unnecessarily face a trial. This is in consonance with the principles of natural justice and also as enshrined under Article 21 of the Constitution of India.

Section 169 of the CrPC deals with what is also called a “Closure Report”.

The section contemplates a report which is submitted by the police or the investigating authorities to the Magistrate, stating that after conducting the investigation against the accused person, no evidence or reasonable grounds for suspicion were found to connect them with the instant crime that is under investigation, and in such a case, if the accused person is in custody, then the police officer themself is empowered to release them on certain conditions; for example: after executing a bond, or furnishing sureties, or directing them to appear before the concerned magistrate who has the requisite jurisdiction. This report, referred to in section 169, is known as a “closure report” in common parlance.

However, the Magistrate can direct the police to conduct further investigation. The objective of the closure report is that if the investigation conducted by the police or investigating authority does not in any way connect the accused to the crime being investigated, then it is futile to prosecute the accused person. The main objective is to prevent the accused person against whom no evidence has been found, from unfair and unwarranted prosecution, thereby securing and protecting the right of an individual to a fair trial under Article 21 of the Constitution.

When sufficient evidence found upon investigation

Conversely, if upon investigation, it appears to the police officer that there is sufficient evidence or reasonable grounds against the accused, then they can commit the accused to trial. The investigating officer forwards the same to the Magistrate for taking cognizance of the offence along with the accused person, who then remains under the custody of the Magistrate. This is dealt with under Section 170 of the CrPC.

The most important term in this provision, which is often misinterpreted, is the word ‘custody’; courts have cleared this misconception about the term ‘custody’ in various judgments. ‘Custody’ does not imply police or judicial custody, but merely connotes the act of the investigating officer to present the accused before the Magistrate during the time of submitting of the Chargesheet and taking cognizance. This also works hand in hand with the powers of the investigating officer to release the accused person on bail if they are able to give security, and security shall be taken from the accused to ensure their appearance before the Magistrate on a fixed day and for their attendance from day to day before the Magistrate until otherwise directed.

Further, section 170 also requires the officer in charge of the police station to forward to the Magistrate any weapon or article pertinent to the case, and shall also require the complainant and other witnesses or persons who the officer thinks are well acquainted with the facts and circumstances of the case, for them to execute a bond to appear before the Magistrate, on such dates as directed, to give evidence in the matter against the accused person(s).

Moreover, the officer in whose presence the bond is executed must deliver one copy of such bond to the person who executes the bond and send the original, along with their report, to the Magistrate.

The Code also makes provision to safeguard the rights of the witnesses and the complainant from unnecessary restraint or inconvenience. Section 171 provides that no complainant or witnesses should be accompanied by the police authorities on their way to the court, and that they should not be required to give any security for their appearance other than their own bond.

However, this section contains a proviso which stipulates that if the witness or the complainant refuses to attend or execute a bond as directed under section 170, the officer in charge of the police station has the power to forward or send them in custody to the Magistrate, who can then detain them till the bond is executed or till the hearing of the case is completed.

Even the courts are precluded from using the case diary as prescribed under Section 172 of CrPC as a piece of evidence. It can only be referred to for aiding in the inquiry or at the time of trial.

Further, the accused persons or their agents, that is, their advocates or attorneys, are not entitled to call for such police diaries even if the same is referred to by the court.

However, there is a proviso wherein the accused can be entitled to use the entries made in the case diary only for the purpose of cross examination as provided for in Section 145 of the Evidence Act, only in the event if the same is used by the police to refresh their memory during his testimony before the Court at the time of trial, or only when the court uses the same for the purpose of contradicting such a police officer.

As mandated under the Code, the Case Diary for each case shall be maintained in a separate volume and the same shall be paginated.