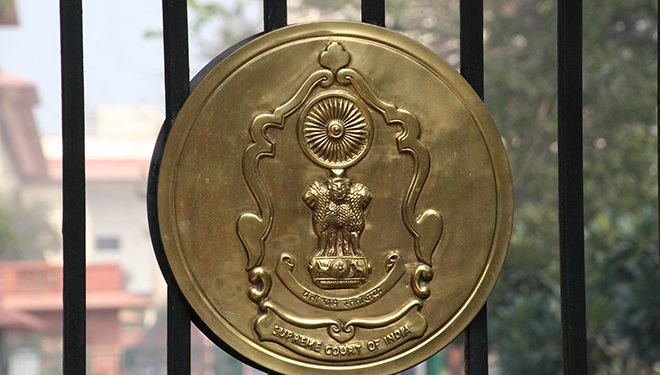 CJI-led bench issues notice in Haridwar hate speech case, unsure of whether it should be tagged with another case pending before a different bench

THE Supreme Court on Wednesday issued notice to the Uttarakhand police and the Delhi police on a petition against the recently held ‘Dharm Sansad‘ at Haridwar and Delhi last year where alleged hate speeches were made against the Muslim community.

The bench also granted liberty to the petitioners to move an appropriate representation before the authorities concerned against any scheduled ‘dharam sansads’. This followed after senior advocate Kapil Sibal appearing for the petitioners urged the Court to give an early date for hearing the petition as more ‘dharm sansads’ were likely to take place.

Sibal argued that if no quick preventive steps are taken, similar ‘dharm sansads’ planned to be held in Aligarh, Una, Dasna, and Kurukshetra, amidst elections in some states, would go on uninterrupted and such events would vitiate the entire country’s atmosphere, besides being contrary to the values and ethos of this democracy.

During the hearing, the bench, after referring to the official report, observed that there are similar matters pending before a different bench. Kaleeswaram Raj, another counsel, who is appearing for an intervenor in a connected case on hate speech, sought to clarify that those matters, pending before another bench (presided by Justice D.Y. Chandrachud in the Sudarshan TV case) are generally on hate speech, but not specifically on the issue of ‘dharam sansad’.

The CJI expressed his reluctance to intervene in this petition because there “are already enough legal provisions” to deal with the menace, and the court had earlier given its directions earlier in similar matters. He was responding to Sibal’s plea to lay down the law for holding of ‘Dharm Sansads’, asking what law was lacking, which was not laid down earlier. Sibal clarified that there is no law which would deal with this “kind of hate speech”.

When senior advocate Indira Jaising argued on behalf of Tushar Gandhi (Mahatma Gandhi’s grandson), she underlined that the Supreme Court’s earlier directions in the cattle mob-lynching case were not complied with by the authorities, because of which the Court’s intervention was sought in this case. Jaising sought to submit that preventive, punitive and preventive guidelines laid down in Tehseen Poonawalla vs. Union of India (2018) were not being followed in letter and spirit, and had the same been followed, such a ‘dharm sansad’ would not have taken place. “ Relevant provisions were not invoked by the police in this case. Had they been, they would not have come to this Court”, she told the bench

Although he was unconvinced by the counsel’s pleadings that the incident of ‘Dharm Sansad’ constitutes a distinct hate speech case in itself which requires the court’s extraordinary intervention to ensure swift punishment of the guilty, the CJI agreed that the bench would issue notice, and later if it discovers that it is similar to other matters, it will tag it with them.

Ali and Prakash, in their petition, have flagged two events where hate speeches were delivered: one in Haridwar organised by one Yati Narsinghanand, and another in Delhi by an organization self-styled as ‘Hindu Yuva Vahini’. These events were held between December 17 and 19 last year.