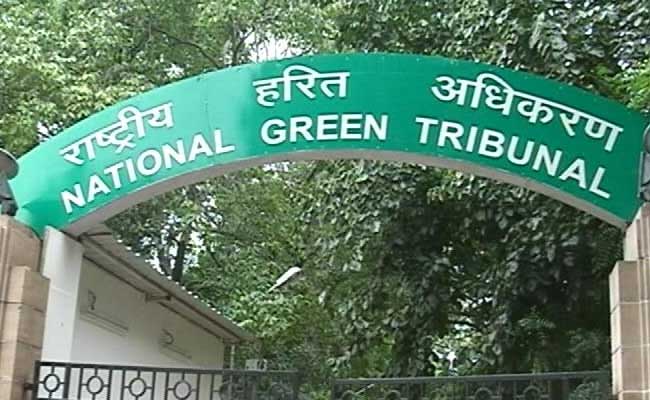 One of the reasons I was delighted when the National Green Tribunal was set up was because it gave citizens the opportunity to plead their own cases. Not that the regular courts don’t allow that. In fact, Indian judicial system has been far more accommodating to laypersons venturing into the court rooms than most other countries. Thankfully so. Nonetheless, the paraphernalia and the legalese associated with arguing one’s case especially in the high courts and the Supreme Court – the black gowns flapping around, the intimidating position of the judges, seated high above, and the legal-speak (latin phrases et al) is enough to deter any layperson, except the bravest, from venturing into the legal portals with one’s case.

In comparison, the Green Tribunal seems more welcoming. I hoped, therefore, that citizens would take up their own cases, especially as the NGT Act promised an outer limit of 6 months for cases to be decided. Sufficient to keep the citizens’ interest in the matter still alive. Always believing that citizens know the facts of their cases much better than lawyers, who have several briefs to attend to at the same time, I have constantly encouraged people to take up their own matters in the NGT if they think that they can find the courage to speak before a not-very-large audience and if they can find the time to attend the case regularly. I promise to assist them with their replies.

Some have taken up my offers. Anthony D’Souza and Joseph Noronha were two such citizens, who decided to argue in person their application before the NGT at Pune, to demolish two hotels illegally constructed in the Coastal Regulation Zone (CRZ) of Siolim village in Goa. I write this article to congratulate Anthony and Joseph for their success in getting the demolition orders. Neither had any personal interest in the matter. They decided to fight for love of their village. These two middle-aged, very ordinary village folk have defied the tag of “sussegad” that is often associated with Goans, and despite not being conversant with courtrooms and legalese, they went all the way up to the NGT, arguing the matter themselves, to victory.

Here is a brief account of their efforts: In 2012, some residents of Siolim styled as ‘the Vaddy Siolim Nagrik Samittee’ complained to the Goa Coastal Zone Management Authority(GCZMA) that M/s Goveia Resorts had reclaimed a lagoon / fishing pond along the Chapora river, thereby damaging the sluice gates and had also built several illegal structures on its property, obviously to turn the place into a hotel. GCZMA promptly issued Show Cause Notice, but of course, did nothing thereafter. A year later, in January 2013, the Samittee filed another complaint, this time against Teso Waterfront’s night club and its 11 illegal structures built right on the Chapora river bank. Same thing happened – show cause notice, but no further action.

The Samittee then lost interest. But not these two gentlemen. Early 2015, Anthony and Joseph filed fresh complaint against the two hotels. GCZMA promptly issued new show cause notices. This time, however, when the period of the show cause expired

and nothing happened, Anthony and Joseph decided to go to court. They soon discovered that CRZ matters had to be taken to the National Green Tribunal sitting at Pune. So they approached me. I told them that at least 8 trips may be required to resolve the matter. Naturally, they worried about costs. That is when I suggested that they file and argue the petition themselves and I promised to guide them along the way.

They were skeptical about doing this, but not having other options, they decided to make a go for it. They filed the application in the NGT in mid 2015. Notice was issued by the Tribunal and a flurry of lawyers for the companies turned up. Affidavits were filed, documents brought on record. But there was nothing that could show the existence of any buildings prior to 1991. I helped them file their replies and also prepared them for each hearing.

The NGT Act is meant for speedy disposal of environment-related matters and the law states that cases should be resolved within six months. But that rarely happens nowadays. Due to the pile up of cases at the Tribunal, adjournments are usually 4 to 6 weeks at a time. It took almost two years for the final hearing of the matter. In between, the case came up not less than 15 times. Travelling by bus back and forth, Anthony and Joseph would faithfully present themselves at the Tribunal on each occasion, make out their case and then meekly accept fresh dates for next round. The matter was finally decided in September 2016, with an order to GCZMA to hear the parties afresh and pass the final order within four weeks. If Anthony and Joseph were disappointed with the mild outcome of their petition to the NGT, they did not show it.

Bravely they prepared for the next round of arguments, this time before the GCZMA. More time elapsed with no hearing in sight. When the time for compliance expired, I suggested they file an Execution Application at the NGT. They did so, paying another Rs. 1000 as application charges. Angered that its orders had not been complied with, the NGT fined the Member Secretary of GCZMA Rs. 10,000. (Later, after decision was taken and some explanation offered, the fine was cancelled).

At the GCZMA hearings, among other documents and pleadings, the GCZMA viewed Google images from 2003 to 2016 and observed that while there was not a trace of a

building in the earlier period and only coconut trees filled the plot. The buildings had clearly been erected around 2013. The lagoon had been reduced by almost half due to reclamation. Finally, by orders passed in April and May 2017, the GCZMA directed the demolition of the entire Teso Waterfront resort and substantial portions of Goveia Resort, including removal of the mud filled in the lagoon and restoration of the area.

Two citizens, untrained in law, had achieved this success by themselves due to sheer perseverance and diligence. The battle is not yet over. Goveia appealed the GCZMA order, but the NGT dismissed the appeal. Anthony hopes a similar fate will await Teso, should it decide to appeal the GCZMA’s directions.

Although I did not want to dampen their high spirits, I felt obliged to warn them that the parties could still file appeal in the Supreme Court. That didn’t seem to bother them just yet. Right now, they are basking in their success, exultant and happy that they were proved right after all and they were able to procure the demolition orders against all odds. I guess their status in the village has gone up.

Post script: Anthony tells me that the experience was very expensive for them, after all, because of the many trips they had to make to Pune. Why were we not awarded costs, he asks me? I had no answer. He says that he will write to the President of the NGT in Delhi to issue directions that when citizens approach the NGT and the Tribunal finds substance in their case, provision for reimbursing their expenses ought to be made by the Tribunal. Anthony sure has a new found confidence. I wish him all the best.

Norma Alvares is a pioneering environmental lawyer and an animal rights activist from Goa. She is the President of People for Animals (PFA), a leading animal support group that works across the country.