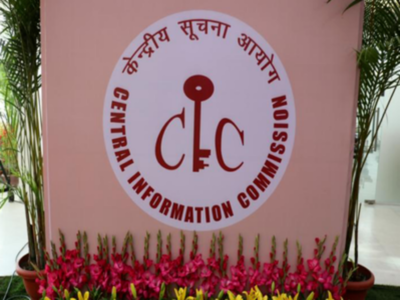 The Leaflet·February 9, 2021
Home
Information and Transparency
Right to Information

The Central Information Commission (CIC) has refused to allow disclosure of the minutes of the meeting of the Selection Committee for the appointment of the Chairperson and members of the Lokpal.

The Commission observed that the Central Public Information Officer (CPIO) had upheld the interest of transparency by informing the appellant regarding all the details of the Selection Committee and its meetings; hence the question of lack of transparency did not hold ground.

Transparency activist Anjali Bhardwaj approached the Commission against the denial of the information by the Department of Personnel and Training (DoPT).

Bharadwaj, in her RTI application, filed in 2018 sought to know the record related to the process of selection of the Chairperson and members of the Lokpal. Information about the Selection Committee, including the number of meetings held, dates of meetings, copy of minutes/proceedings of the meetings and details of who attended the meetings were sought.

The DoPT, in its reply, refused to provide a copy of the minutes of the meetings of the Selection Committee claiming, “As regards the minutes of the meetings it is submitted that the authorship of such documents which include 3-5 high-level dignitaries does not vest in the Department of Personnel and Training and same have been shared as a secret document. Thus copies of the said documents cannot be provided by the undersigned CPIO.”

The DoPT, did, however, provide information regarding the dates of meetings, details of who attended meetings and the PIO provided a summary of the decisions taken at the meetings.

In her appeal, Bhardwaj contended that under the RTI law, access to information can be rejected only on the grounds mentioned in section 8 or section 9 of the RTI Act.

“In this matter, the PIO did not invoke any of the provisions mentioned in these sections. There is no provision in the RTI Act for denying information merely because the authorship does not vest in the public authority or because some document is shared as secret”, she contended.

The CIC, in support of its decision, relied on the Supreme Court’s observation in the Lokpal appointment case in which it said “it is our considered view that no direction from the Court should be issued in this regard. Rather the matter should be left for a just determination by the Selection Committee as and when the meeting of the Committee is convened.”

The Supreme Court made those observation when the counsel for the petitioners had pressed that the names recommended by the Search Committee be placed in the public domain. However, the said order of the top court did not consider the RTI Act as it was not the issue before the Court.

Under the Lokpal Act, the selection committee consists of the Prime Minister (Chairperson), the Lok Sabha Speaker, the Leader of Opposition in the Lok Sabha, the Chief Justice of India or a Judge of the Supreme Court nominated by CJI and an eminent jurist, as recommended by the Chairperson and other members.

Though the Act was passed in 2013, the government failed to make appointments for over five years.