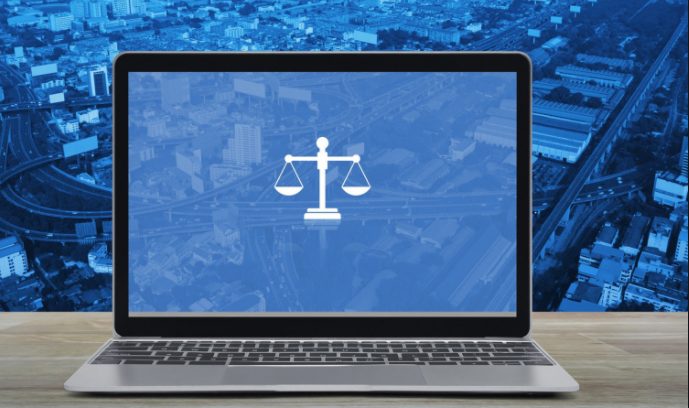 Challenges in Setting up Virtual and Online Courts in India

How does the roadmap drawn up for digital justice delivery in the country look like? Properly onboarding India’s courts to a standardised, secure, and functional virtual setup is a complex task. But it is a task which must be accomplished with utmost urgency, given the evolving demands from institutions of justice delivery in India, says YASH AGARWAL as he examines the challenges ahead after studying the Parliamentary Standing Committee report.

How do we integrate virtual courts and digital justice delivery into the broader legal ecosystem of India? The urgency for developing some methodology or procedure for this has gained new relevance in the wake of the COVID-19 pandemic.

The Parliamentary Standing Committee (PSC) of the department of Personnel, Public Grievances and Law and Justice recently tabled its 103rd report on the functioning of Virtual Courts and Digitisation of Justice Delivery in Parliament.

Although it is an interim report, it is significant given the times we live in. A final presentation is in the works and will be tabled later.

Before delving into the key findings and recommendations of the PSC, one question considered by it is of immense importance. Is a court a place or a service? If a court is indeed a service, then it is simpler for it to function online. On the other hand, if a court is a place, more than a service, then that may bring nuances and complications of its own as far as the digitisation of courtrooms is concerned.

There are multiple definitions of a ‘court.’ But here is what the committee said:

“As far as India is concerned, neither the Civil and Criminal Procedural Codes nor the General Clauses Act embodies the definition of the term ‘Court’. However, as per the legal glossary of the Legislative Department, Ministry of Law and Justice, ‘Court’ is a place where justice is administered. From the above, it is clear that although the definition of Court varies across jurisdictions, they all seem to have two elements in common-that a Court is a Government entity comprising one or more judges and that Court deals with the administration of Justice thus making it clear that Court is more of a Service than a place.”

Is a court a place or a service? If a court is indeed a service, then it is simpler for it function online. On the other hand, if a court is a place, more than a service, then that may bring nuances and complications of its own as far as the digitisation of courtrooms is concerned.

The report draws a distinction between virtual courts and online courts, two terms often used interchangeably. It states: “In Virtual Courts, Plaint and other documents such as vakalatnama, written submissions are filed electronically; Court fees are paid electronically; Evidence is submitted digitally; arguments are heard over videoconferencing; witnesses give their testimony remotely over videoconferencing and Judge decides the case online either presiding from the physical Courtroom or from some other place. A copy of the Order or the Judgement is made available on the website of the Court or through some electronic means.”

In such a system of hearing, all the participants are not needed to be present together or simultaneously for the hearing to proceed and the evidence can be presented to judges without the need for their synchronous availability. At the risk of eliminating nuances, while virtual courts are basically mechanisms of conducting a court over videoconferencing, online courts are a relatively more advanced means of justice delivery.

As far as the legal sanctity of virtual courts or videoconferencing is concerned – it was provided for by the Supreme Court in its April 6, 2020 order invoking article 142 of the Constitution. This order covered all the High Courts, and they were in fact endowed with the discretion of adopting such a technology basis to their own needs customisation in view of the evolving pandemic scenario in different states. Model rules were drafted and circulated as well amongst all the High Courts while the District or lower courts were to adopt rules as prescribed by their parent High Courts.

Following are the four key considerations and recommendations of the committee as far as mainstreaming of virtual courts is concerned:

1. The question of access: The report details how representatives of the Bar testified that large number of litigants and advocates lack internet connectivity and requisite infrastructure and means to participate in virtual hearings and the process. This has serious implications. The obvious one being that a large chunk of our citizenry is vulnerable to being excluded from the process of justice delivery owing to factors beyond their control.

Moreover, such issues are likely to hit lower courts the worst. And this would have ramifications of its own since district or subordinate courts are the first port of call for a vast majority. In view of this, the committee recommended that the Ministry of Communications should fast track the implementation of the National Broadband Mission, with the aim of providing reliable, and consistent connectivity infrastructure to all districts and lower courts across India.

Most virtual court proceedings in India currently take place using third party software/platforms which pose a security hazard and are prone to hacking and misuse. An exclusive software for India’s judicial system to use and to handle virtual court hearings must be developed.

The committee also opined that the judiciary considers solutions such as mobile video conferencing facilities to allow for meaningful participation from those living in remote geographies.

2. The degree of comfort: A highly underrated but equally consequential factor is whether everyone, even if access to reliable internet connectivity is universal, is comfortable and well versed with the new tools and mediums of justice delivery. It is interesting that the Secretary, Department of Justice stated that big, well-to-do law firms and advocates in urban areas would face no issues as compared to those participants in rural areas given the digital divide.

To solve this problem, the Secretary further stated that training programs have been taken up in each of the 25 High Courts. Twenty-five master trainers extended training to 461 trainers in the districts, who in turn have now been tasked with training others in the lower courts and in the remaining districts.

Another equally interesting suggestion made in this regard in the report is that the Bar Council of India introduces a computer course module in the syllabus of  three/five-year law programs so as to skill students in some of these aspects as a part of their college education and training.

3. The idea of open courts: On this, representatives of the bar went to the extent of stating that virtual courts “threaten the constitutionality of Court proceedings and undermine the importance of Rule of law which forms a part of the basic structure of the Constitution.” Expressing concern over the opaqueness of such hearings, they stated that virtual courts are antithetical to the open court system given the limited access that they allow for. The committee was then informed that there are laws in a number of countries which mandate open access for the public to open court hearings.

Commenting on a separate but related aspect of this issue, a committee member stated how India is an outlier. We are one of the very few democracies wherein Court proceedings are neither recorded nor widely live-streamed for anyone to access.

The report states how in Naresh Shridhar Mirajkar and Ors. v. State of Maharashtra and Ors, the Supreme Court stated — “… Public trial in open Court is undoubtedly essential for the healthy, objective and fair administration of justice. Trial held subject to the public scrutiny and gaze naturally acts as a check against judicial caprice or vagaries and serves as a powerful instrument for creating confidence of the public in the fairness, objectivity, and impartiality of the administration of justice.”

Litigants and advocates lack internet connectivity and requisite infrastructure and means to participate in virtual hearings. Fast tracking the National Broadband Mission to provide reliable connectivity to district and lower courts is needed.

In fact, the report also notes how in Indira Jaising vs. Secretary General of Supreme Court & Ors (2018), the significance of live streaming of court proceedings as an extension of the principle of justice had been re-emphasised unequivocally.

4. The question of Privacy and Data Security: This is where the report makes some interesting and innovative suggestions vital to the performance of any digital justice delivery mechanism. The committee noted how courts across the world have had instances of intrusion and data privacy or security concerns while adapting to an entirely virtual mode of conducting hearings. It also took note of the fact that most virtual court proceedings in India currently take place using third-party software or platforms and a few of them have already been rejected earlier on grounds of being unsafe to use.

The committee opined that such third-party platforms pose a security hazard and are prone to hacking and misuse. It recommended that the Ministries of Law and Justice and IT develop new software for India’s judicial system to use and to handle virtual court hearings. It also recommended that blockchain technology be leveraged to make the transaction of data safer and more secure while putting in place proper security standards as well.

Finally, the committee recommends that there are a large number of legal technology start-ups working in this space and their innovations be harnessed to develop modern capabilities and capacities for India’s judicial system.

In conclusion, this extract from the report sums it up well: “The Committee understands how poor quality audio/video, frequent loss of connection, disruptions and high latency affects judicial assessment of demeanour, emotions and other nonverbal cues and the changing communication dynamics, which are also important variables in deciding a case. The Committee is of the view that improving the quality of Courtroom technology is a necessary pre-condition for virtualisation of Court proceedings. The Committee also recommends that a study of Courtroom design be commissioned and customised software and hardware to facilitate Virtual Court hearings be developed to suit the needs of Indian judiciary. “

The point being, online delivery of judicial services is not as simple as setting up of a videoconference given the large number of nuances involved in hearing of cases. Properly onboarding India’s courts to a standardised, secure, and functional virtual setup is a complex task. But it is a task which must be accomplished with utmost urgency, given the evolving demands from institutions of justice delivery in India.

(Yash Agarwal works as a consultant and is co-founder of publicpolicyindia.com. Views are personal)