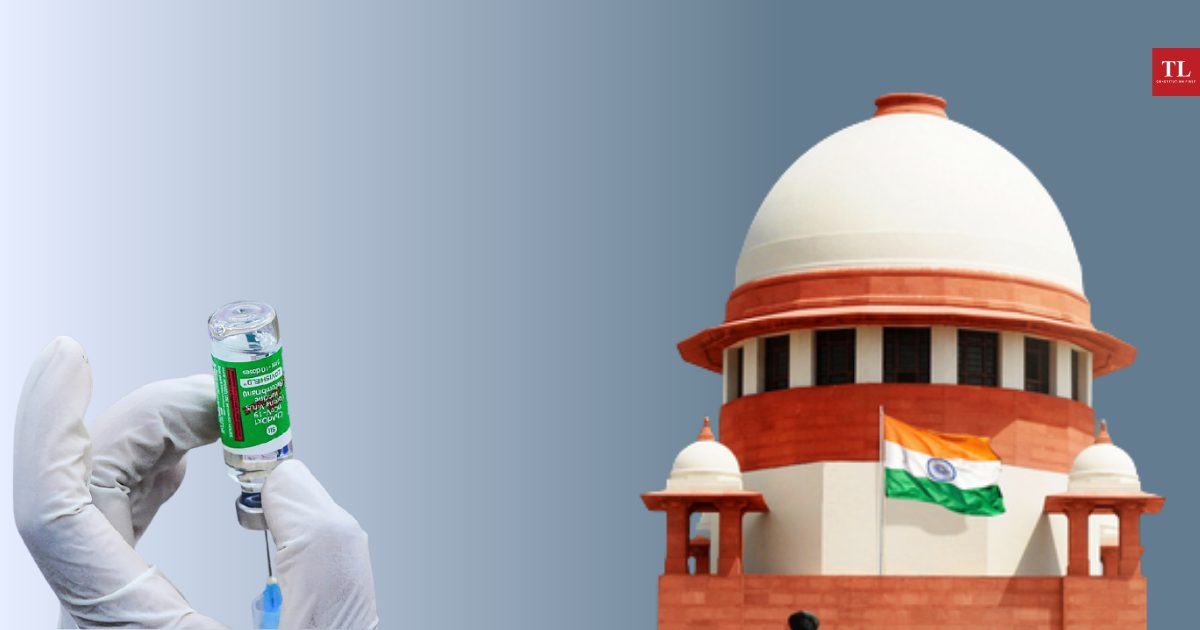 Unveiling the Union government’s dishonesty in its discourse about India’s COVID vaccination programme, VINEET BHALLA contrasts the government’s public promise of procuring 216 crore COVID vaccine doses by the end of 2021 with its recent admission before the Supreme Court that the projected availability of doses by then will only be 135 crore. Another admission to the court was that its much-publicised grant of 900 crore rupees towards COVID vaccine development has not been spent.

TOWARDS the end of last month, the Union Government, in an affidavit filed before the Supreme Court, informed that the projected availability of COVID-19 vaccines in India between August and December 2021 is 135 crore doses.

This stands in sharp contrast to official projections made by the union government only a month earlier in May. On May 13, Dr. V.K. Paul, NITI Ayog member, and Chairperson of the National Task Force on COVID-19, the Empowered Group on Medical Emergency Management Plan and the National Expert Group on Vaccine Administration for COVID-19 declared that India would produce 216 crore doses of COVID vaccines between August and December.

Later that day, the Press Information Bureau (PIB) too tweeted that over 216 crore COVID vaccine doses would be manufactured in India for Indians in that five-month period. This was a whopping 81 crore more than the supply of doses admitted in the affidavit.

On May 21, then union health minister Dr. Harsh Vardhan, in a virtual review meeting of the public health response and vaccination progress relating to the pandemic in certain states and union territories, reiterated that “[b]etween August to December 2021, India would have procured 216 crore vaccine doses”. He further stated that by the end of the year, India would be in a position to have vaccinated its adult population against COVID-19.

These twin claims, of promising to vaccinate all Indians above the age of 18 with a supply of over 200 crore vaccines by the end of December, were repeated by then union ministers Prakash Javadekar on May 28 and Ravi Shankar Prasad on June 19.

After the filing of the revised estimates in the affidavit, Paul explained earlier this month that the estimate of 216 crore doses was based on an “optimistic, aspiration assessment.”

In its affidavit dated June 26 filed before the apex court, the union government has averred:

“The total population of the country aged 18 years and above is approximately 93-94 crore. As such, administering two doses to these beneficiaries would require an estimated 186 to 188 crore vaccine doses. Out of this requirement, 51.6 crore doses will be made available for administration by July 31, 2021, leaving a requirement of approximately 135 crore vaccine doses for complete vaccination to the eligible population.”

There are two problems with this claim:

Firstly, the union government seems to assume that for vaccinating the entire adult population, procuring vaccine doses about exactly twice the number of such persons would suffice, and does not account for vaccine wastage.

However, the union health ministry had admitted during a virtual review meeting as late as May 25 that the national COVID vaccine wastage rate was 6.3%. It urged states to keep this wastage rate to below 1%.

Several vaccination practitioners and immunisation experts criticized this target for being unrealistic, and even undesirable for its potential to lead to data fudging and denial of vaccines to beneficiaries. The union government has countered this criticism by asserting that its 1% wastage target “is reasonable, desirable and achievable.”

Even assuming that states would be able to achieve this target, we would still need a buffer of about 1.8 crore additional vaccine doses in order to successfully vaccinate all eligible persons. Realistically, the vaccine wastage rate is likely to remain closer to 6.3% than to 1%, in which case we will require several crore more additional doses.

Secondly, as of 16 July, about 39.5 crore vaccine doses have been administered in India. Thus, in order to reach the government’s stated target of 51.6 crore doses by the end of the month, India must administer about 12 crore doses in the next 16 days, at an average of 75 lakh doses being administered daily.

However, our current vaccination rate is hovering at only about 40 lakh doses per day. It is, therefore, highly unlikely that we will achieve the target of 51.6 crore doses by the end of July

This brings into question the calculations made by the union government to arrive at the estimates it has furnished in the affidavit.

In November last year, Union Finance Minister Nirmala Seetharaman had announced a grant of Rs. 900 crores to the Department of Biotechnology, Union Ministry of Science and Technology for research and development of COVID-19 vaccines. This was branded as ‘Mission COVID Suraksha’ under the aegis of ‘Atmanirbhar Bharat’.

According to a report by Financial Express Online in April this year, Dr Renu Swarup, Secretary of the Department of Biotechnology stated that of the 900 crore rupees grant, 500 crore rupees had already been committed to five vaccine candidates in advanced clinical development stage, 19 clinical trial sites across the nation, three immunogenicity assay laboratories, and three animal challenge facilities. She added that “to scale up vaccine production, support is being considered for private and public sector manufacturing facilities to make them ready for enhanced capacities to support augmented vaccine production over the next 6-8 months.”

However, in May, when the Supreme Court asked the union government if any fund or grant had been provided for the development of vaccines, the government responded in an affidavit that it had not provided any financial assistance for the development of either Covishield or Covaxin, the two vaccines being used in India’s COVID immunisation efforts at that time. It admitted to having spent Rs. 46 crores on clinical trials of both vaccines through the Indian Council of Medical Research.

Neither Mission COVID Suraksha grant nor Swarup’s claims from April found any mention in the affidavit.

Also read: Centre defends its vaccine policy before the Supreme Court; asks it to trust the wisdom of the executive

In spite of the government’s admission before the apex court, Prime Minister Narendra Modi, in his address to the nation on June 7, again claimed otherwise. He said:

“The government supported the Indian companies making vaccines in every way. Vaccine makers were assisted in clinical trials, research and development were funded and the government walked shoulder to shoulder with them at every level.

Thousands of crores of rupees were also made available to them through the Mission Covid Suraksha under the AtmaNirbhar Bharat package.”

(Vineet Bhalla is a Delhi-based lawyer, and sub-editor at The Leaflet. The views expressed are personal.)