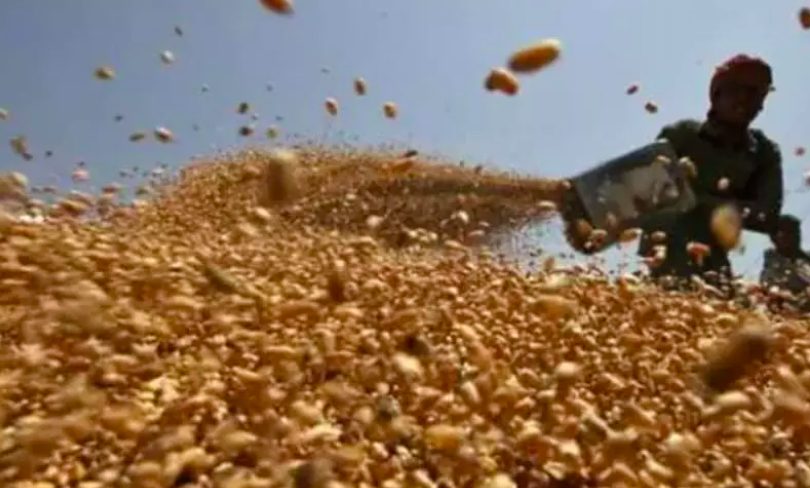 Centre Withholds Funds to Punjab for Current Wheat Procurement Season, Farmers to be Most Affected

The Punjab government will not receive the Rural Development Fund (RDF) from the Union government for procurement of 132 lakh tonnes of wheat this year, as per reports. With the stopping of funds, the tussle between the Centre and the state government led Amarinder Singh of  Congress in the agriculture dependent state, has once again come to the fore.

The state government has accused the Centre of “penalising” the state for raising its voice against the farm laws.

Reacting sharply to the decision, Congress MP Pratap Singh Bajwa, in a series of tweets, said: “The Government of India is penalising Punjabis for fearlessly raising their voices against farm laws by stopping payments to the rural development fund. This loss of money to State will further hamper our Punjab finances and through this, hurt the people from the State the most.”

Every year, Punjab receives 3% RDF from Food Corporation of India (FCI), the Central government’s purchasing agency, for procuring wheat and paddy from the state under Rural Development Fund Act, 1987. The funds are utilised for maintenance of rural infrastructure and, hence, directly affect the rural population that largely comprises farmers and labourers in Punjab.

Agricultural experts believe that halting RDF is, again, anti-farmer in one way. “RDF is not a new system. When there will be no rural development, the rural population will be affected. The rural population in Punjab consists mostly of farmers, including land labourers etc,” said a professor from Punjab Agricultural University.

“The Food Department claims the RDF and sends it to the Mandi board, which then utilises the funds for upkeep of rural infrastructure, electrification, etc.,” the official added.

Immediately, Finance Minister Manpreet Singh Badal was asked to visit Delhi and resolve the issue with Union Minister of Consumer Affairs, Food and Public Distribution Piyush Goyal. After several meetings, only 1% fund as RDF was released by the Centre, which alleged that the state government was diverting these funds for other purposes.

“Even the 1% that was promised to us has not yet been released,” said an official from Punjab’s department of Food Supplies and Consumer Affairs.

In April, the chief minister had written to Goyal to release RDF at 3% of the MSP (minimum support price) instead of 1% for the Kharif season. It was said that the “unilateral reduction” in rate of RDF violates the federal structure as well as statutory provisions as per Section 5 of Punjab Rural Development Act, 1987.

As per the officials from Finance Department of Punjab, they have sent all records of the utilisation of the previous funds but there has been no response from the Centre.

“The records have been sent to the Centre yet the funds have not been released. We hope that the government will soon go through the records and release previous and current funds. There are talks going on,” said an official from the Finance Department.

With the Centre withholding the RDF for the second consecutive year, the Punjab government has alleged that this is a bid to suppress the farmers’ protest against the three contentious farm laws introduced last year. As per an official, the RDF was a steady source of income with a corpus of Rs 1,500 crore every year. Its suspension will have a significant impact on the Punjab’s rural economy.

The suspension of these funds will have a direct impact on the rural infrastructure and the marketing committee, squeezing the state government’s budgets, the official added. The funds received under RDF are also used to pay interests on the Rs 4,500 crore loan obtained by the state from several banks to pay back the debt of farmers. But with no RDF, the state government will be left to take care of its financial commitments from its own dwindling coffers.