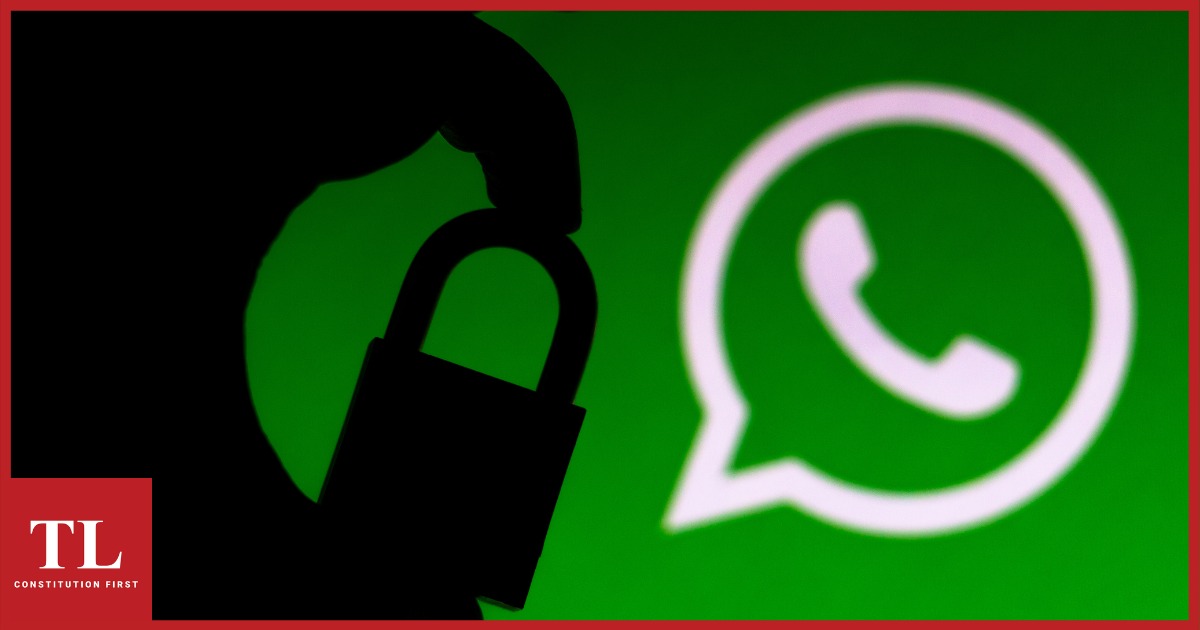 THE Central Government has, in a press statement, asserted that it respects the Right to Privacy and has no intention to violate it when WhatsApp is asked to disclose the origin of a particular message.

It says no fundamental right, including the Right to Privacy, is absolute and it is subject to reasonable restrictions.

It adds “WhatsApp’s challenge, at the very last moment, and despite having sufficient time and opportunity available during consultation process and after the rules were enacted, to the Intermediary Guidelines is an unfortunate attempt to prevent the same from coming into effect”.

The Centre’s response has come after WhatsApp moved the Delhi High Court to challenge the new IT rule mandating it to identify the first originator of the information.

In response, the Centre has asserted that it does not intend on violating privacy in asking Whatsapp to reveal the first originator of a message and lays out the specific situations that would call for such tracing, stating that this is only for the “prevention, investigation or punishment of very serious offences.”

These serious offences, according to the Centre, include sovereignty and integrity of India, state security, friendly relations with other states, the maintenance of public order or any incitement of related offences. It also mentions that any offences relating to rape, sexually explicit material or child sexual abuse material will be included in the aforementioned list.

It is important to note that no further guidelines have been issued to clarify the definitions of the above terms, and the understanding is that they will be left to judicial discretion as requests for tracing can only be issued through judicial orders.

In justifying that these measures are critical safeguards of public interest, the example of Whatsapp messages being circulated in “cases of mob lynching and riots.” It remains unclear as to whether these messages are being treated as the source of this information or incitement to such offences.

The press release raised contentions that this is the first time Whatsapp has highlighted concerns about any rules for social media intermediaries. Specifically, it has never raised contentious about the requirements to “trace the first originator,” which seem to have been in force since 2018.

It is also alleged that the “last moment” challenge by Whatsapp is “an unfortunate attempt” to circumvent complying with the Rules. This non-compliance has been labelled an “act of defiance.”

In an attempt to highlight Whatsapp’s apparent hypocrisy in the matter, the release declares that while Whatsapp intends to share “the data of all its user(s) with its parent company Facebook for marketing and advertising purposes,” it is also making efforts to avoid complying with Rules that will apparently “curb the menace of fake news.”

The release also contains statements by Law Minister Ravi Shankar Prasad who categorically states that the GoI is committed to maintaining the right of privacy, but must also take into account its responsibility to maintain law and order.

Whatsapp’s primary argument, elaborately stated in its petition, is that end-to-end encryption is the very cornerstone of the privacy features of Whatsapp. In forcing compliance with Rule 4(2), the GoI is essentially asking Whatsapp to break down a critical aspect of its service. In highlighting the importance of such encryption, Whatsapp has used the examples of “journalists, civil society organizations, members of ethnic or religious groups, activists, scholars, and artists to exercise their right to freedom of speech and expression without fear of surveillance or retaliation.” It also emphasises relationships such as those between doctors and patients, and attorneys and clients, for whom this feature is indispensable.

The only response by the GoI to this contention is a statement by the Law Minister calling such concerns “misguided.” A direct quote from the Minister states that the entire responsibility “to find a technical solution” lies with Whatsapp, and that this is beyond the GoI’s purview.

Finally, the release cites a communique issued by the governments of the United States of America, United Kingdom, Australia, New Zealand and Canada to highlight that these rules carry global precedence and that the attempt by Whatsapp to portray them as a threat to privacy is “misguided.” Pertinently, Whatsapp has stated in its petition that it “is not aware of any country that requires intermediaries to enable the identification of the first originator of information on end-to-end encrypted messaging services.”

The most stark difference between the concerns highlighted in Whatsapp’s petition and the release issued in response to it by the GoI, lies in the diametrically opposite focal points. Not only does Whatsapp raise technical issues with compliance, it also highlights the direct threats to the fundamental rights to privacy and freedom of speech and expression through compliance with the Rules. The GoI, on the other hand, seems intent on ensuring compliance with Rules that it sees as the last yet critical resort to the maintenance of law and order in the country, by curbing the menace of fake news. The matter is to be taken up by the Delhi High Court in the coming months, and the exact date of listing is yet to be decided.

(Gahena is an Economics graduate from Ashoka University and is pursuing an LLB from GLC, Mumbai.)