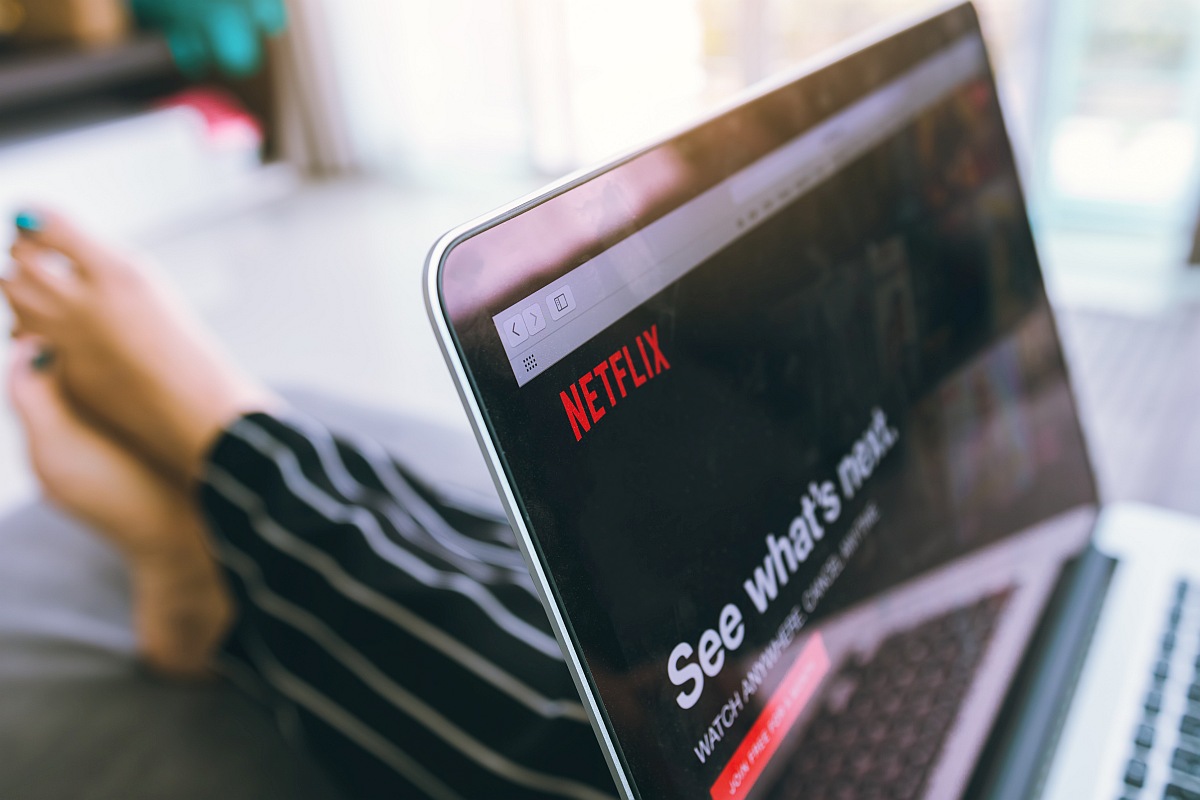 Censorship and Creative Freedom: Since Independence to OTT Era

Internet Outrage grew louder as FIRs were registered against Tandav, the series on Amazon Prime. The battle between creative freedom and censorship has always existed which is now taking place on the OTT platforms. Since independence, censorship has found its way into other forms of media such as television and print, says PARVATHI SAJIV.

IN several states, FIRs were recently registered against the makers and actors of  Tandav, Amazon Prime Video’s latest political drama series. This was following complaints against the inappropriate depiction of the UP Police Personnel and the character playing the role of Prime Minister in the show. This is one of the examples of outrage against content in the media.

Exercising freedom of speech has become difficult. The instances of the recent Tanishq Advertisement, the Padmavati row, or even the arrest of several journalists and student activists are cases that are fresh in everyone’s memory.

In its many forms, Censorship seems to have proliferated further, actively by people or forcibly, by political institutions, into the lives of Indian citizens. We see a flurry of tweets calling content creators ‘anti-national’, ‘seditious’, or even ‘anti-India.’

Article 19 ( 1) of the Indian Constitution protects all citizens’ freedom of speech and expression and the freedom to assemble peaceably and without arms, form associations or unions, and move freely throughout India’s territory.

The Fundamental Rights subcommittee in the Constituent Assembly agreed that freedom of speech is important but pondered the extent to which individual freedom could be allowed to be sacrificed to ensure the State’s safety and security.

Two years after the Indian Constitution came into effect, the Parliament passed the Cinematograph Act of 1952.

The 1952 Cinematograph Act sets out the structure of Censorship as it stands today as it governs the censorship of films. The Central Board of Film Certification ( CBFC) comes under the Ministry of Information and Broadcasting purview. It consists of the chairperson at the top, then the board members followed by the advisory panel. It assigns various certifications such as Universal, Adults, and Parental Guidance to India’s films before releasing.

From the chairperson down to the advisory panel members, everyone is a government appointee who has the authority to eliminate offensive or politically subversive content.

Section 5B of the Cinematograph Act is the core of the entire legislation which states that any film that is against the “interests of [the sovereignty and integrity of India] the security of the State, friendly relations with foreign States, public order, decency or morality, or involves defamation or contempt of court or is likely to incite the commission of any offence” can be denied a certificate. With authority in the Government’s hands, Emergency remains one of the most heavily censored periods of Indian History. Gulzar’s Aandhi (1975) was banned during the National Emergency due to its similarity with Indira Gandhi’s life. Amrit Nahta’s Kissaa Kursee Kaa, a political satire faced the brunt of Censorship and the Emergency, as all the prints were destroyed on the orders of Vidya Charan Shukla, the Information and Broadcasting Minister at the time.

As noted by Devang Pathak, a freelance journalist working at the intersection of cinema and Censorship, “years of suppression and banning has now created a culture where not just politicians but also socio-cultural influencers feel entitled to voice their opposition and derail creative expression.”

The Shiv Sena protested against ‘My Name is Khan’ ( 2010) during release as they objected to Shahrukh Khan’s remarks about including Pakistani players in the IPL.

Indian Actor, Amol Palekar wrote in The Wire, “In 1970, in the matter of K. A. Abbas vs Union Of India, a five-judge bench of the Supreme Court ruled that cinematographic films in theatres were the most influential media of mass communication affecting the social mind and, therefore, the exercise of censorship under the Cinematograph Act was valid and necessary.”

While the Cinematograph Act exists for the regulation of films, the Cinematograph Rules, 1983, govern the public exhibition of movies, and the Programme and Advertising Code prescribed under the Cable Television Network Rules, 1994, regulates the broadcast of films on television.

For the Press, the PCI was established under the PCI Act of 1978 to preserve the press’s freedom and maintain and improve the standards of newspapers and news agencies in India. Similar to the CBFC, the PCI consists of a chairman and 28 other members.

The members are from Lok Sabha, Rajya Sabha, Editors of the newspapers, working journalists, and others.

The PCI has the power to receive complaints of violation of journalistic ethics or misconduct by an editor or journalist. The decisions of the PCI are final and cannot be appealed before a court of law.

REGULATIONS IN THE MEDIA

Media in India has also become victim to self-censorship as media houses establish ties with corporate houses with vested interests and politicians’ investments, compromising the value of integrity, authenticity, and freedom.

A path-breaking study conducted by the Press Council of India Committee in 2010, headed by Paranjoy Guha Thakurta and K. Srinivas Reddy presented a report that spoke of the problems a democratic country like India faces when the media is mired with corruption.

The report titled “Paid News: How corruption in the Indian media undermines Indian democracy,”  explicitly names newspapers and channels, including some of the country’s most prominent groups, who were seen indulging in the “paid news” practice.

The report appealed to media organisations to adopt several principles that would curb “paid news”. It stated that it recognises self-regulation and civil society oversight as welcome and useful, but it can only tackle the problem to an extent.

OTT platforms had remained out of the regulatory purview for long, which was a favourite amongst the filmmakers as it leads to more freedom and space to work in terms of creativity.

A self-regulatory framework brought in last year by the Internet and Mobile Association of India (IAMAI) and signed by 15 platform members are currently in place for OTT channels to abide by, but it has failed to garner government support.

As reported by the Economic Times, The Ministry of Information and Broadcasting rejected the self-regulation framework proposed by the Internet and Mobile Association of India (IAMAI) in September last year. OTT platforms have come under Government restriction across the globe in places such as Singapore, as it had to pull down five pieces of content from its streaming platform following government demands.

Netflix was also caught in controversy as Comedian Hasan Minhaj’s show, Patriot Act, criticised the Crown Prince of Saudi Arabia, Mohammed bin Salman, thereby leading to the episode being pulled off the air in the country.

India too isn’t far away with self-regulation. In February 2020, Hotstar blocked the episode of Last Week Tonight with John Oliver, who was critical of Prime Minister Narendra Modi.

There is a tendency of OTT platforms to say that they want to self regulate and apologise to tackle FIRs and furores.

This raises a moot question: Will the type of content in India being streamed be dictated by particular groups of people who feel antagonised to the show’s content?

THE FUTURE OF CENSORSHIP

Film director Dibakar Banerjee said, “Bollywood does not care, because it knows it will somehow navigate through the bureaucratic red tape to survive. It’s a vestige of the licence raj.”

There was hope in 2016 when Shyam Benegal was appointed as the head of a committee to look into Censorship. Like Benegal’s committee, several other committees were also implemented over the years but to no avail.

The recommendation of an autonomous, independent censor board was made back in 1969. It has still not been implemented.

Benegal said to Live Mint, “I have no idea how much (of the report) has been accepted. I have reminded them any number of times until I’ve lost interest in it.”

The scenario of Censorship in India looks grim. With Tandav under fire, the FIR against Netflix officials for two people kissing in the temple in A Suitable Boy and the decision of Netflix to release a censored version of Mission: Impossible – Fallout brings to question how modern art forms will be viewed in India.

Elements such as history, violence, sex, nudity and alternate history are integral to making progressive-minded content such as Game Of Thrones, House of Cards and other series.

A healthy and thriving democracy needs to have a healthy and broad speech level, giving space and an environment for intellectual discourse and debate. Further, an individual’s autonomy allows them to propagate ideas and thoughts unique to society.

Lastly, if Indian Censorship continues to be stringent, it could lead to an end of broadcasting for Indian audiences as they would switch to piracy. Our lack of commercial culture, where we do not value art enough to pay or fight for, will lead to piracy. Being the largest film industry in the world,  India needs to understand that art survives on patronage.

We are yet to see how Indian Censorship will legally tackle the OTT platform, but given the current outrage, the fight remains as to how far does creative freedom extend into the people’s lives under the Government.

(Parvathi Sajiv is a student of the Symbiosis Centre of Media and Communication, Pune and is an intern with The Leaflet. The views are personal.)