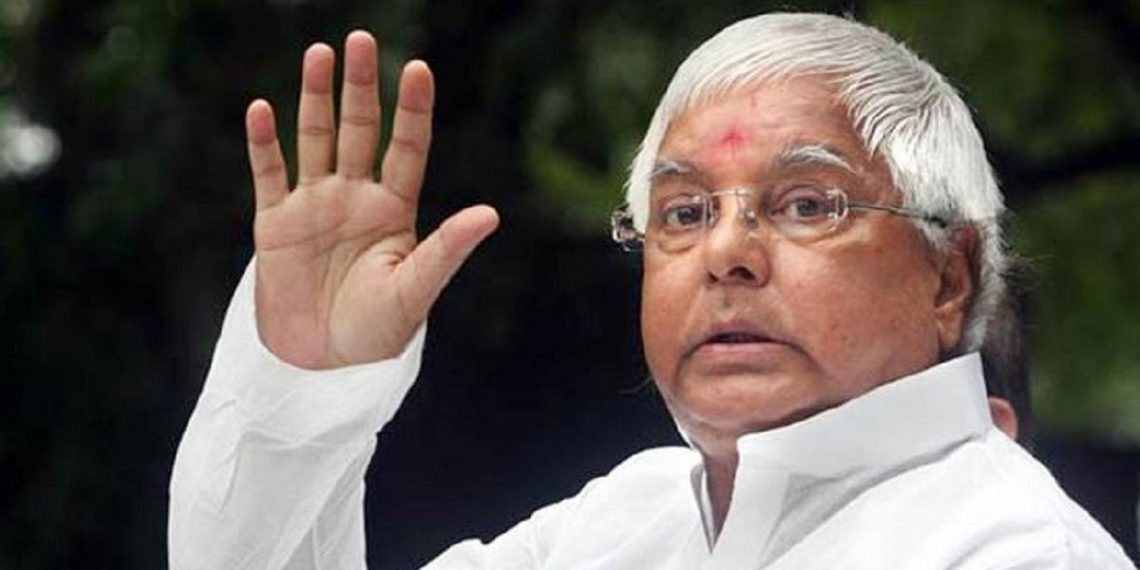 A special Central Bureau of Investigation (CBI) court in Ranchi, on Tuesday, convicted former Bihar Chief Minister and Rashtriya Janta Dal President Lalu Prasad Yadav for illegally withdrawing Rs. 139.35 crores from the Doranda treasury of Ranchi between 1995 and 1996. He is one of the 74 accused convicted in the case by Special Judge S.K. Sashi, in which 99 persons in all were accused. The remaining 24 have been acquitted.

Out of the 75 convicted, 34 have been sentenced to three years of imprisonment. The sentencing of the remaining convicts, including Yadav, shall be done by the court virtually on February 21.

Charges, in this case, were framed against the accused on September 26, 2005, and the prosecution evidence was closed on May 16, 2019. The statements of the accused persons were recorded on January 16, 2020, and hearings in the matter had been going on from February last year till last month.

Prasad has previously been convicted in four other fodder scam cases, all related to a 950-crore scam related to the illicit withdrawal of public funds from government treasuries in undivided Bihar during Prasad’s tenure as Chief Minister of the state. The scam came to light in January 1996, when the then Deputy Commissioner of the district of Chaibasa conducted a raid at the Animal Husbandry Department.

The Patna High Court had entrusted the CBI to probe the case in March 1996. In June 1997, Prasad was, for the first time, named as an accused in the chargesheet filed by the CBI. Under popular pressure, Prasad had resigned as Bihar CM in July 1997, paving the way for the ruling legislature party to elect his wife, Rabri Devi, as its leader, and as the CM.

The first trial in the fodder scam case began 20 years back, in February 2002. A total of 170 persons were originally accused, of which 55 have died, seven have become government witnesses, six are absconding, and two more have accepted the charges.
Prasad had been convicted for the first time in this matter in September 2013, relating to the withdrawal of Rs. 37.7 crores from the Chaibasa treasury. He was sentenced to five years’ imprisonment, but granted bail by the Supreme Court in December 2013. However, the conviction led to his disqualification from the Lok Sabha, of which he was an elected member at that time.
In December 2017, Prasad was convicted in the second fodder case, for the illegal withdrawal of Rs. 89.27 lakh from the Deoghar treasury. He was sentenced to three and a half years of imprisonment in this case, and served half his sentence in Ranchi before securing bail in the matter last year.
In January 2018, Prasad was convicted in the third fodder case, for the fraudulent withdrawal of Rs. 33.13 crores from the Chaibasa treasury. He was awarded five years’ imprisonment in the matter.
In March 2018, a Special CBI Court convicted Prasad in the fourth fodder case, for illicitly withdrawing Rs. 3.76 crores from the Dumka treasury from December 1995 to January 1996. He was sentenced to 14 years’ imprisonment, and fined Rs. 60 lakhs. He secured bail in this matter from the Jharkhand High Court in April last year.
Yadav, who has also served as Union Minister of Railways, is also facing several other corruption allegations, and is currently disqualified from contesting elections due to his criminal convictions.