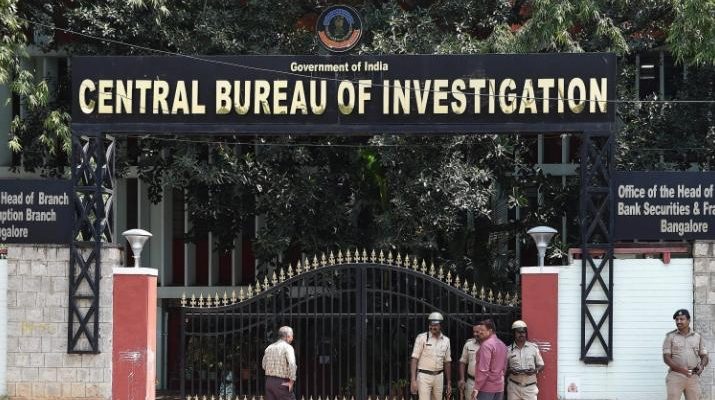 CBI: Between ‘Caged Parrot’ and ‘His Master’s Voice’, Resistance to Probe Often Betrays Sense of Guilt

Maharashtra’s revocation of its general consent to CBI investigation comes in the backdrop of three other states that have recently done the same. K RAVEENDRAN argues that despite the legal system’s many failings, it is important to stick by it and remedy it from within.

The CBI has been declared an unwelcome guest by half a dozen states, the latest being Maharashtra. The state recently revoked its general consent given for the central agency to investigate cases in its territory without the need to seek the state government’s permission in individual cases.

Close on the heels of Maharashtra’s move, sources say that the Kerala government is also exploring the possibility of withdrawing the blanket consent. Two leading constituents of the state’s ruling front have individually called for such drastic action.

But the Kerala case is more complicated than Maharashtra’s as the Pinarayi Vijayan government had itself issued an order granting the CBI such freedom in 2017. There is also a high court order which says that the CBI need not seek the state government’s permission to probe individual cases.

The governments of West Bengal, Rajasthan and Chhattisgarh had recently withdrawn their general consent to the CBI to probe scheduled offences specified in the Delhi Special Police Establishment Act (DPSE) Act, 1946. The general rule is that the CBI takes up investigation only when the state government concerned makes a specific request to the agency. Otherwise, it needs an order from a court.

From the list of hesitating states, it is obvious that the objection is mainly political, although there could be other solid reasons as well.

The Maharashtra government’s objections stem from the possibility of the central agency hijacking the investigation by the Mumbai police into the alleged TRP manipulations by TV channels as well as the death of Bollywood actor Sushant Singh Rajput. In both cases, there is a political proxy war going on between the Centre and the state, with the Centre intent on protecting someone in the former and discrediting the state government in the latter.

But then, a caged parrot is any day more preferable than a dog that can reproduce only ‘His Master’s Voice’, which is the situation for the state police forces, whose probes are often used as deflector for any central investigation.

But in most other cases, including the latest instance of Kerala, the objection may be founded on fears that there may be skeletons in the cupboard of the state governments, which the CBI intervention could help unearth. The Kerala move comes in the wake of startling revelations, coming almost on a daily basis, which threaten to compromise the credibility of the Pinarayi Vijayan government. The ruling front leader CPI-M’s state secretary’s son is under the scanner in connection with the twin scams of gold smuggling through the diplomatic channel as well as the scam relating to commission paid in the state government’s prestigious housing scheme for the poor.

Despite the national emblem carrying the inscription ‘satya meva jayate’ (truth alone triumphs), originally taken from the Mundaka Upanishad, the fact remains that truth is anathema to our governments and rulers. Otherwise, why should they object to one more inquiry by the CBI if it helps unearth the truth?

Let there be any number of probes so that errors in judgment, whether deliberate or otherwise, can be eliminated to the maximum extent possible.

A common ruse against the CBI is that it is a ‘caged parrot’, repeating what its keeper, which is the central government, says. The metaphor has been overused to the extent of abuse as it provides a handy tool to beat the central investigating agency. But then, a caged parrot is any day more preferable than a dog that can reproduce only ‘His Master’s Voice’, which is the situation for the state police forces, whose probes are often used as deflector for any central investigation.

The Kerala move comes in the wake of startling revelations, coming almost on a daily basis, which threaten to compromise the credibility of the Pinarayi Vijayan government.

In any case, CBI can at best make out a case before the courts, which alone can decide guilt.

It is true that a CBI probe carries a certain stigma for those involved, but that has to be considered as collateral damage, which comes as a risk of opting for public life. In the ultimate analysis, it is the courts which decide if a punishable offence has been committed by an accused brought before by the CBI or any other investigating agency, for that matter.

So if anyone cries hoarse about CBI or any such agency, it amounts to expressing no confidence in the country’s judicial process. Despite its many failings, the legal system continues to be the ultimate remediation for injustice done to anyone, whether an individual or a collective like the people. It also betrays a sense of guilt and a fear of retribution on the part of the protestors. Other arguments are all incidental and extraneous, which is the point that is often overlooked in the political heat over investigations.

(K Raveendran is a journalist. Views are personal.)