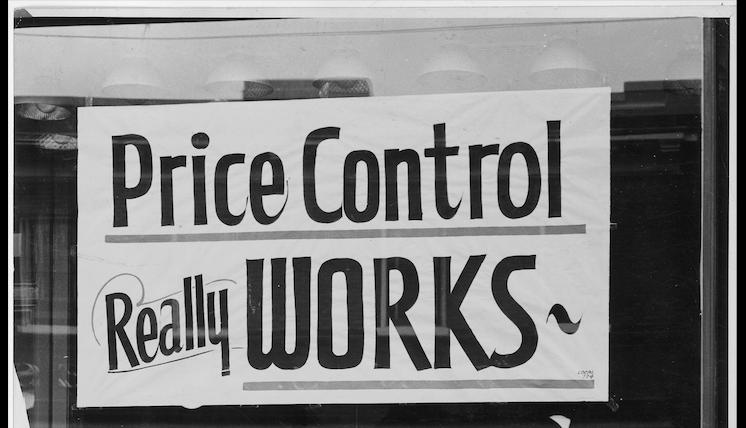 Capping the price of commodities: Does ‘Public Interest’ bestow the court with unfettered power?

IN an important order last week, the Delhi High Court capped the maximum price sale of COVID-19 test kits to be sold at Rs 400 per kit, 40% less than ICMR approved rate. It justified the said order on the ground of “unprecedented medical crisis affecting public order” and the need for “public interest outweighing private gain”. This was on the similar lines of the Supreme Court order which allowed free COVID-19 testing in both Govt and approved private laboratories citing “National Calamity” (though it was subsequently amended to include free test only for the poor) as both the orders superseded the court’s jurisdiction and the court went beyond what it was asked to do.

At the outset, in such extraordinary circumstances, the order of Delhi HC was commendable and much needed. However, even a favourable order passed in the public interest cannot ignore the established principles of law and would become void and unenforceable, if it violates any. This article discusses whether the Court, in a contractual dispute between two parties, had the power to interfere and cap price for the test kits.

Price fixing: The exclusive domain of the legislation

While India is a market economy where prices are ostensibly decided by demand and supply, certain laws empower the Centre to intervene in the market to protect consumer interests. The Essential Commodities Act (ECA), 1955 is one such key law. It empowers the Central Government to put a cap on prices of commodities which the Govt declares ‘essential’ in order to make them available to consumers at fair prices and protect the public interest.  Clause (c) in Section 3(2) of the said Act allows the Central Government to control the price at which essential commodity may be bought or sold.

An essential commodity is a commodity specified under the Schedule of the Act. Under Section 2A of the Act, the Central Government in the public interest and for reasons to be specified in the notification published in the Official Gazette is empowered to amend the Schedule so as to add any commodity which falls under Entry 33 in List III (Concurrent List) in the Seventh Schedule to the Constitution of India or remove any commodity, in consultation with the State Governments.

On March 13 2020, the government exercised these measures to put masks and hand sanitizers under the ‘essential commodities’ to ensure proper availability of these items in the market at the correct price in view of the outbreak of COVID-19. Though not under the Essential Commodities Act, the Government, through the Indian Council of Medical Research (ICMR) had ordered the price of the test kits to range from Rs 528 to Rs 795 which was being duly followed as the same was being sold at Rs 600. Nevertheless, the Court entered into the legislative domain and capped the price of the kits to Rs 400.

Price fixation by the court?

The functions of the three organs have been well defined in the basic structure doctrine propounded in the landmark Kesavananda Bharti Case. The legislature has the task of passing laws, the executive has to supervise their implementation and the judiciary is responsible for administering justice and ensuring that laws are complied with. In the present order, the Delhi High Court, by putting a cap on prices, had inadvertently entered into the domain of the legislature. The Supreme Court in a catena of judgements has held that the scope of judicial interference in price fixation orders issued under the EC Act by the government, is minimal.

The Supreme Court in Union of India v. Cynamide India Ltd, which is the landmark decision on reviews of ‘administrative actions’, recognized the difference between a ‘legislative action’ and an ‘administrative action’ and held that price fixation is more in the nature of legislative action. It clarifies that the courts cannot revaluate the considerations even if the prices fixed were demonstrably injurious to a few producers. The only function the court can perform here is to mandate the said govt authority to review the matter expeditiously.

The Apex Court, in Shri Sitaram Sugar Company v. Union of India observed that price fixation is neither the function nor the forte of the court and that it is a matter exclusively within the province of the Central Government. The Hon’ble Supreme Court reiterated the principle as recent as in 2012 when it declined to rake up the issue of fixing of the price of petroleum products saying it cannot be involved in policy and legislative matters.

Further, in Dhampur Sugar (Kashipur) Ltd. v. State of Uttaranchal, the Apex Court has observed that courts cannot act as a court of appeal over the question of price fixation since it involves consideration of several factors. It was concluded that these factors are to be considered by governmental authorities and the courts are ill-equipped to do so.

Though in appropriate cases, as held in Pallavi Refractories v. Singarenj Collieries Co. Ltd., the court can inquire into the ‘mechanisms and procedures’ adopted by the executive in determining the price of the commodity. If relevant considerations haven’t been taken into account or irrelevant considerations have gone in while determining the price, the Court can direct the executive to look into the matter but even then cannot fix the price all by itself.

Another provision that may, prima facie, attempts to justify the court’s action is Section 151 of the Code of Civil Procedure. It paves way for the ‘inherent power’ possessed by the court and carries with it the necessary power to do justice in the absence of express provision.

“Courts have no power to do that which is prohibited by ‘Law’ even by purported exercise of its Inherent powers ….. Inherent Powers cannot be exercised to override, evade or cut across other provisions of Law”

Therefore, the scope of inherent power vested under Section 151 is limited and cannot be exercised when there is any law/precedent that prohibits the courts from doing so. The ‘Separation of Power’, is the most basic law that governs the functioning of the Indian Judiciary, cannot be repudiated even by its inherent powers.

Thus, it can be reasonably concluded that the Delhi High Court order is bad in law as it attempts to intervene in the function exercised by the Executive. None of the parties raised a contention disputing the price of the commodity; the Court, nevertheless capped the price at Rs. 400 thereby contradicting the plethora of judgments of the Apex Court.

Judicial adventurism, the Courts are to exercise its powers with proper restraint and caution. Indian Courts have been doing phenomenal work at the time of such an unprecedented crisis. but it must also ensure that it does not circumvent its limits or cross its powers even when acting for ‘public interest’.