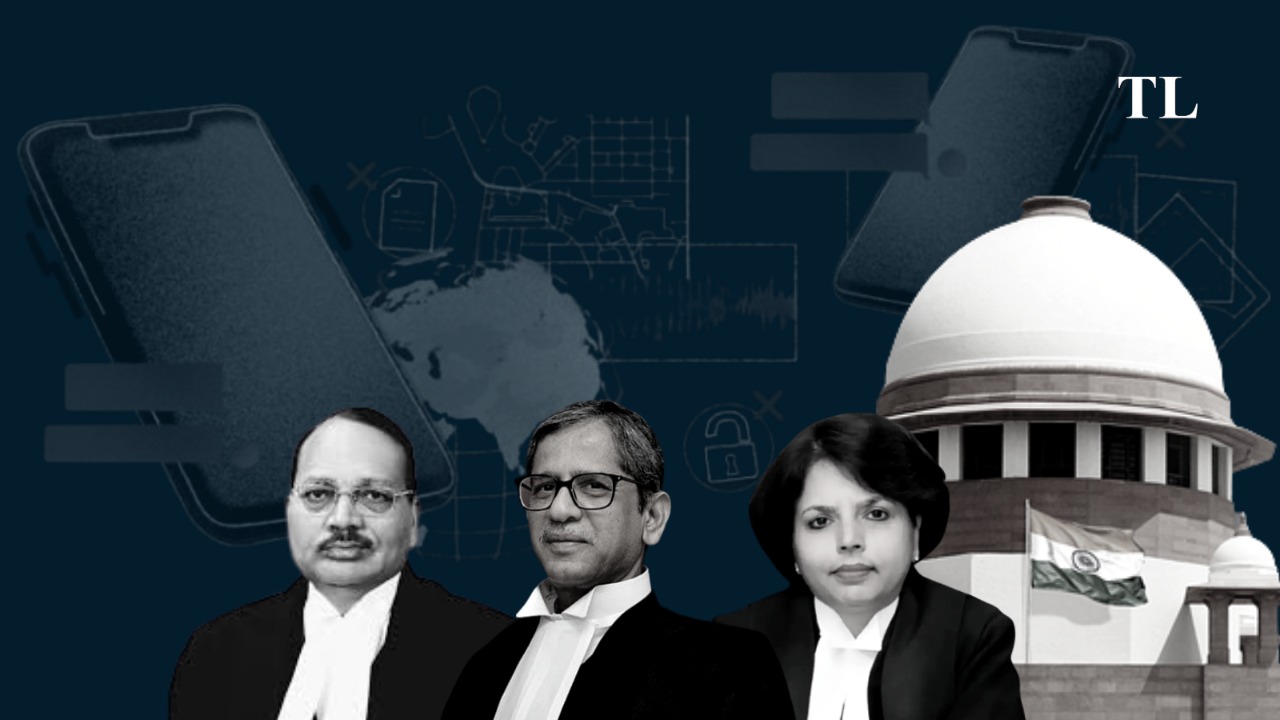 THE Supreme Court on Monday reserved its interim order in a clutch of petitions demanding a court-monitored investigation into the alleged potential targeting of activists, journalists, politicians, judges and government officials using the Israeli spyware, Pegasus.

A bench of Chief Justice of India (CJI) N.V. Ramana and Justices Surya Kant and Hima Kohli said that the court would take three to four days to prepare the order.

“If you have a rethink on the issue in the meantime do mention the matter”. CJI Ramana told Solicitor General (SG) Tushar Mehta.

Mehta, appearing for the Central Government, informed the court that the government did not want to file a detailed affidavit in the matter. Whether the government used a particular software for authorized interception could not be the subject matter of a court debate, he said, reiterating that the Government was willing to constitute a committee of domain experts which could go into the issue.

Mehta urged the court to appreciate the harm it could cause to national security if the government was to disclose whether a particular software was used or not.

In response, CJI Ramana said the court was not interested in knowing about national interest issues. “We are only on the face of allegations that some software was used to snoop on certain citizens like lawyers etc. We wanted to know, if it’s done, to see if it’s permissible under law,” he said.

Justice Surya Kant, who was also on the bench, echoed the CJI’s views.

Senior Advocate Kapil Sibal, who was appearing for senior journalists N. Ram and Sashi Kumar, argued that withholding of information from the court on whether Pegasus was used would be detrimental to the essential task of protecting fundamental rights, and would be destructive of Article 32 of the Constitution. He cited the decision of the top court in Ram Jethmalani & Ors vs Union Of India (2011), popularly known as the Black Money case, in which it was held that the State had the duty, generally, to reveal all the facts and information in its possession to the court, and also provide the same to the petitioners.

Senior Advocate Shyam Divan, appearing for some of the petitioners, filed the opinion of experts to say “Pegasus is not only a surveillance mechanism but also an implant mechanism which can be used to implant false data”.

No law as of now authorizes such kind of snooping, Divan argued.

Earlier, an officer of the rank of the Additional Secretary in the Ministry of Electronics and Information Technology had filed an affidavit denying the allegations made in the petitions, stating that the petitions were all based on conjecture and surmise, or on unsubstantiated media reports, or incomplete or uncorroborated material, and could, therefore, not be the basis for invoking the writ jurisdiction of the court.

The affidavit did not find favour, both with the court as well as the petitioners, as it failed to state unequivocally whether the Central Government purchased the Pegasus software at all. The court offered an opportunity to the Centre to decide whether it would file a detailed affidavit.